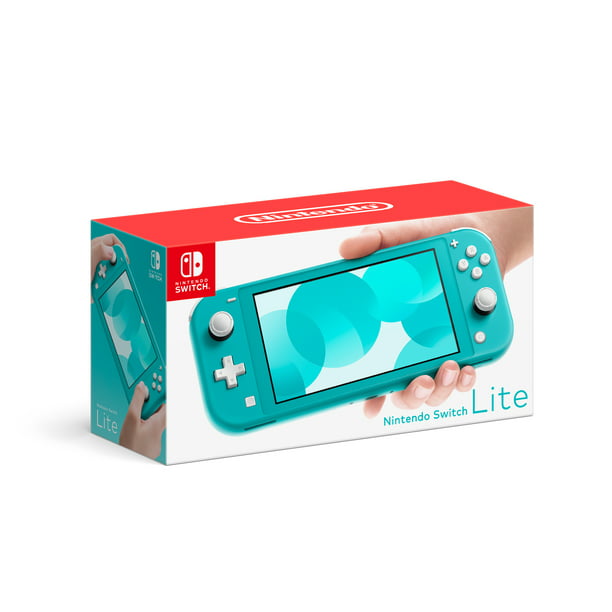 Hard to find but Wal Mart had it!!

I found 2 elusive Nintendo Switch Lites in Grey available at the Wal Mart kind of close to me. I messaged my son who lives in Washington state since he was looking for one also. They did not offer ship to home or in store pick up. Only ship to store for pick up. Since my son is deploying soon, he was looking for one to take with him so he could play with his boys while away. He asked if he ordered one for himself, would I pick it up and ship it out to him? What could a Mother say? I said yes, of course!! I have a Nintendo Switch but wanted a Switch Lite for when I'm on the go or on vacation. I have not used this yet but I will say I ordered it for ship to store for pick up and was told it would be ready for pick up the next day at Noon. I knew it would be that way since it was 8:45 that I ordered it. I was so excited!! As it turned out, they were shipped from, I'm assuming a warehouse, and would be ready for pick up Saturday April 25 after 6:00pm. I was disappointed. Since my son would be deploying soon, I had to bring his to the post office and have it shipped so he could get it ASAP. Fortunately, his deployment is coming up by the end of this month and he has his Switch Lite and mine is still in it's box, waiting to come out when needed. I gave it 5 stars because even though it was delayed several days, it did come as promised and in excellent shape. I know it will be awesome since it's a Nintendo Switch Lite!!!

I love it so far since the one that connects to the tv I couldn't find but, I enjoy my Nintendo switch lite.

Ordered the grey console. It arrived in 5 business days, it has been sold out world wide since April 2020, finally was able to get my hands on it for my sons birthday. I spent $55 overpriced but it was worth it. Perfect condition, including the actual packaging box as well. If youre looking to purchase the super mario game I suggest buying it on amazon since its cheaper.

love the color and the shipment as expected was a bit late but all worth the wait!!

For a handheld gaming console this is probably the best available for now. And it is awesome. I would recommend investing in an ergonomic grip as its too flat for my hands.

I bought this about two weeks and I love it. It's a great device and it's very light weight, easy to move around! I am satisfied with my purchase. I played it for probably 3 1/2ish -4 hours before I got the low battery message. Pretty fast charging also. Put it on at 20% and checked maybe 5-10 minutes later and it was already at 71%. So very decent battery. That's why I gave it 4 stars, nothing terrible. I am not complaining. Screen size is also very good. Highly recommend for on the go single player. If you're looking to prop it up and use joy cons, play on TV or want 2 players, console is probably your best fit. Also certain games can't be played on the lite. You will know because on the back of the game it will show 3 different forms. TV, switch with 2 joy cons and the last is the lite picture. If the lite picture is grayed out or has an X it's not compatible with the lite. Hope this helps someone! Happy shopping.

Just what he wanted

It is everything my son thought it would be. Got it for his 11th bday gift. Only negative-this came with a charger from Europe, and an adapter piece for U.S. plugs. Charger heavy and hanhs out of outlet. I was nervous to even use it, but this item is so hard to tey I kept it. Have only had it foe 5 days, so hoping no future issues bc of charger. The system itself is not locded by region, so ne issue with the switch lite itself.

If you're debating whether to get it or not...

I've had the switch lite for about a week now (July 27th 2020 was the day it came) and I wanted to play it for a bit before I made a review on it. So if you're unsure of whether to get it or not perhaps this might help a bit! Price: honestly a lot more than I wanted to spend ($308 w/tax) but this was the cheapest I could find one at this time that wasnt used or refurbished. The details: I wish the listing was written better because I didnt know I was buying from a third party seller until I got the receipt saying so. Condition: the switch box was in perfect condition and I didnt seem to get a used switch like some say they did. Adaptor/power plug: some say their switch came with European power plugs but thankfully mine came with a regular US one~ perhaps it depends on where your switch is being shipped from? Mine came shipped from California. Screen: the screen is in perfect resolution with no yellow tint! Battery life: honestly would expect the battery life to be longer since it's a hand held but since I'm always home it's not a big deal to me. Overall I love my switch lite! The only reason I put four instead of five stars is because of the price spike. But other than that I have no issues with it so far~

Switch is fine but double check the plug

The switch itself is perfectly fine, but when I opened it the charger had a European plug!!! How does that even happen?!

This is an international version meaning it has a charger that is not compatible here in the USA. It does come with an adapter, however a child can and probably will easily lose it making it impossible to charge the switch. I will give a higher rating if they send me the correct charger.

1. Yes, it comes with a charger.
by CommunityAnswer
Helpful?
2. yes obviously
by sasha
Helpful?
3. The one I ordered did not come with a charger that was usable in the United States...nor did they supply a converter.
by Deborah
Helpful?
3 Answers

1. Yes, it comes with a game.
by CommunityAnswer
Helpful?
2. No it is just the base console and charger.
by Juan
Helpful?
2 Answers

1. Yes, this comes with a charger.
by CommunityAnswer
Helpful?
1 Answer