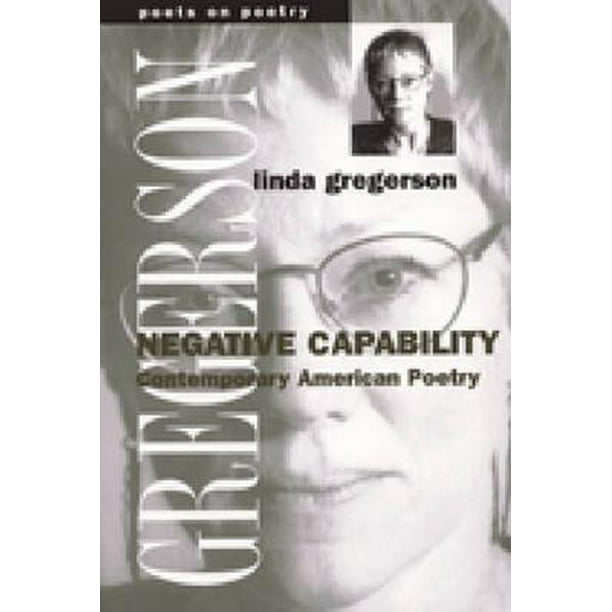 We aim to show you accurate product information. Manufacturers, suppliers and others provide what you see here, and we have not verified it.
Appraises the work of significant American poets in engaging and erudite essays by a leading critic and scholar

In a wide-ranging and fiercely intelligent series of readings, Linda Gregerson presents an eloquent overview of the contemporary American lyric. This lyric is distinguished, she argues, not only by its unprecedented variety and abundance, but by its persistent and supple engagement with form. In detailed examinations of work by John Ashbery, Mark Strand, Louis Glück, James Schuyler, Muriel Rukeyser, C. K. Williams, Rita Dove, Philip Levine, Heather McHugh, William Meredith, John Hollander, and a host of other recent and contemporary poets, Gregerson documents the depth and richness of American lyric production at the turn of the twenty-first century.

In its scruples and reservations as in its discriminating explanations, Negative Capability unearths the contours of a distinctive American poetic tradition. This book is a rich symbiosis of critical and poetic intelligence. It is also a work of passionate advocacy.

The book will appeal to those interested in the current state of American poetry: practicing poets, readers and students of literature and literary criticism, professional critics.

Linda Gregerson is an acclaimed poet and literary critic. She is author of The Reformation of the Subject: Spenser, Milton, and the English Protestant Epic and two poetry collections, The Woman Who Died in Her Sleep and Fire in the Conservatory. She is Associate Professor of English at the University of Michigan, where she heads the Visiting Writers Program.