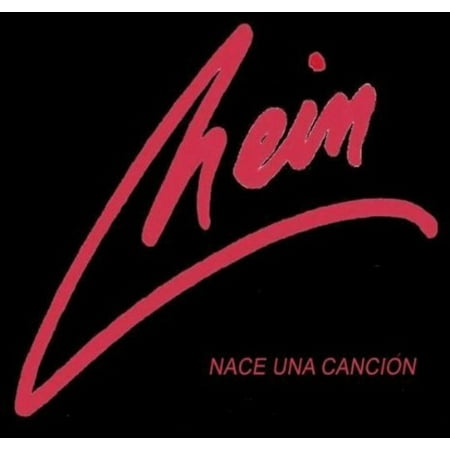 We aim to show you accurate product information. Manufacturers, suppliers and others provide what you see here, and we have not verified it.
Born in Havana, Cuba, Chein immigrated to the United States in 1968, making the city of Newark, New Jersey his permanent residence. Always a person of multiple interests, his career goals went through multiple transformations; but whether he was working on complex mathematical formulas during his days as a student of chemical or electrical engineering, or busy dissecting animals at the laboratory as he prepared for a medical career, the one love to which he was always faithful was music. Today he could be considered a case of double identity. As José D. García, his real name, he has worked as a Spanish instructor at Rutgers University in New Brunswick, NJ, where he completed course work and examinations for a Ph.D. and is working on his doctoral thesis on the representation of sound and music in contemporary Latin American narrative. As a songwriter under the pseudonym of Chein Garcia-Alonso his songs have been recorded by artists as diverse as Lara Fabian, Rocío Jurado, Enrique Iglesias, Carlos Cuevas, La Mafia, Santana, Boyzone, Jorge Moreno, Gloria Lynne, Lissette, Frankie Ruiz, Sophy, Willie Chirino, Guadalupe Pineda, Eddie Santiago, Caridad Canelón, Nano Cabrera, Zizi Possi, Hector Tricoche, Ray Sepúlveda, Salsa Kids. David Pabón, Charlie Cruz, Ley Alejandro, Thalía and others. Equally at ease speaking English and Spanish, he has written adaptations for numerous important artists in the American pop music industry. Among them: Boyz II Men, Chaka Khan, Brian McKnight, Montell Jordan, Michael Jackson, 98 Degrees, Vitamin C, Alisha Keyes and others. Chein directs his own publishing company, Hey Chubby Music, Inc., and is a voting member of NARAS (National Academy of Recording Arts and Sciences) and LARAS, it's Latin equivalent. A recipient of numerous awards from ASCAP (American Society of Composers, Authors and Publishers) and the 1998 ACE songwriter of the year award, he has also been nominated twice for quot;El Premio Lo Nuestroquot; and once for Billboard Magazine's music award. His song quot;Experiencia Religiosaquot; recorded by Enrique Iglesias, received the 1997 quot;El Premio Lo Nuestroquot; song of the year award and is among those songs that contributed to Enrique Iglesias's 1997 Grammy in the Latin Pop category. Chein has included an acoustic version of this popular song in quot;Nace Una Canción.quot; This, his first recording as singer/songwriter is the product of years of work with accomplished artists and producers such as Luis Damián Güell, Juan Ángel González, Carlos Henríquez, Jorge Fernando Rodríguez, Elvira Franco and others. The music that has resulted from this mix of multiple talents, all recording live at the studio is rich and versatile. Chein´s lyrics can be clever and witty at times, as in quot;Cuando Me Besas Túquot; quot;Me Resbalaquot; or quot;Tú Me Dejaste,quot; or tender and romantic, as in quot;Así de Amorquot; or quot;For Every Part of Me,quot; or they can be painfully passionate as in quot;Quién Pudieraquot; or quot;Don Nadie,quot; or in songs like quot;La Raíz,quot; quot;Me Faltas,quot; and quot;Danza Para Abuelaquot; they simply convey the longing for people, times or places long gone or left behind.Nace Una Cancion