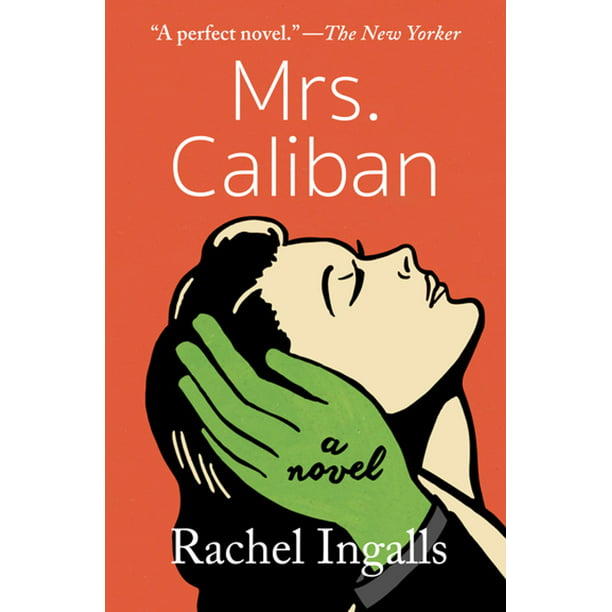 In the tradition of The Shape of Water, this “perfect novel” of a housewife who begins a passionate affair with a sea monster is “something of a miracle” (The New Yorker).

It all starts with the radio. Dorothy’s husband, Fred, has left for work, and she is at the kitchen sink washing the dishes, listening to classical music. Suddenly, the music fades out and a soft, close, dreamy voice says, “Don’t worry, Dorothy.”

A couple weeks later, there is a special interruption in regular programming. The announcer warns all listeners of an escaped sea monster. Giant, spotted, and froglike, the beast—who was captured six months earlier by a team of scientists—is said to possess incredible strength and to be considered extremely dangerous.

That afternoon, the seven-foot-tall lizard man walks through Dorothy’s kitchen door. She is frightened at first, but there is something attractive about the monster. The two begin a tender, clandestine affair, and no one, not even Dorothy’s husband or her best friend, seems to notice.

Selected by the British Book Marketing Council as one of the greatest American novels since World War II, Mrs. Caliban, much like Guillermo del Toro’s film The Shape of Water, uses an inter-species romance to explores issues of passion and loneliness, love and loss—and in its own wryly subversive way, it blends surrealism, satire, and a strong female perspective. A literary cult classic, it “skillfully combines fairy tale, science fiction, and ho-hum reality” (People).

“If you consume only one piece of art about a woman sleeping with a sea monster this year, my advice is to make it Mrs. Caliban.” —Literary Hub

The books starts out a...

The books starts out as a seemingly normal short story about a typical suburban marriage. The couple are childless and their relationship is slowly falling apart. The story turns from focusing on the dynamics of a modern relationship when a 6 foor four frog on the lam from a reserach facility shows up in their kitchen and begins an illicit affair with the housewife. Even at that, it's not science fiction. A very entertaining and thought provoking little book.

A brief, beautiful, impossibly dense novel that deserves to be much better known than it is. Sure, it's plot is silly -- lonely California housewife falls in love with the creature from the black lagoon -- and its surfaces are shiny and new-wave cheerful. But it's also delightfully skewed, a British writer imagining sunny California while refusing to alter her diction one bit. And there's a profound melancholy just underneath the prosperous, glitzy surface that goes way beyond any familiar "bored suburbanite wife" tropes that you might be familiar with -- this little book contains more betrayals than the average Shakespeare tragedy. The book's center, though, is the romance between Dorothy and Larry, the sea monster who unexpectedly enters her life and wins her heart. It sounds like a gag, but Ingalls portrays their relationship as remarkably sensual -- her descriptions of Larry's large, lean, muscled frame are a wonderful evocation of female desire. Even better is the fragile, heartfelt interplay that Ingalls describes between the two main characters as they leave their preconceptions behind and explore each other's mindsets, demonstrating how a particularly deep connection with someone else allows you not only to explore them but also to question the things you'd thought immutable about your own life. As Dorothy, our suburban heroine learns of all the betrayals that have caused her life to come undone, Larry's alien nature comes to represent a sort of hope: while humans may be self-seeking backstabbers, Larry's disarmingly honest, markedly non-human, and unabashedly sensual worldview holds out a sort of hope that living beings might learn to relate to each other in a better, kinder way. It doesn't quite work out, of course, but, scales and fins aside, "Mrs. Caliban" is an unforgettable love story of the strangest sort. "Mrs. Caliban" is also a remarkably multifaceted little book, and especially so because it barely breaks the hundred-page mark. In this sense, it reminded me of Muriel Spark's "The Prime of Miss Jean Brodie," whose text revealed its different aspects of itself like a finely cut prism. "Mrs. Caliban" isn't quite as perfect a novel, but readers may nevertheless detect some feminist critique, a discourse on the lure of the exotic, a criticism of the modern media landscape, and a heartbreaking case study in humankind's tendency to shun and destroy those it considers too different from itself. Still, the question remains: why did Dorothy take in, shelter, and, ultimately, love Larry, while others shunned and feared him? Where did her empathy and identification with him spring from? The answer may be complex, or as simple as simple understanding. Anyway, this one is highly recommended to everyone. I knew when I was only halfway through it that I'd have to read it again. And maybe a third time, too.

A marvelous, inventive novel about loyalty, friendship, and love.

I was lead to this strange little novel by the movie Shape of Water which bears a similar story line. Dorothy is a repressed housewife who has given up on love when "Larry" a six foot inch frog creature walks in. In a very matter of fact way Larry and Dorothy begin an affair and he lives in a seldom used room of the kitchen and comes out when Dorothy's husband Fred leaves for work. This somewhat simple story is meant to illustrate the meaningless existence Dorothy had been living in a loveless marriage and how through Larry she rediscovers herself. This book was written in the 80's so while some things feel dated the examination of a failing marriage is timeless.

An odd little book. Tons to talk about herein.