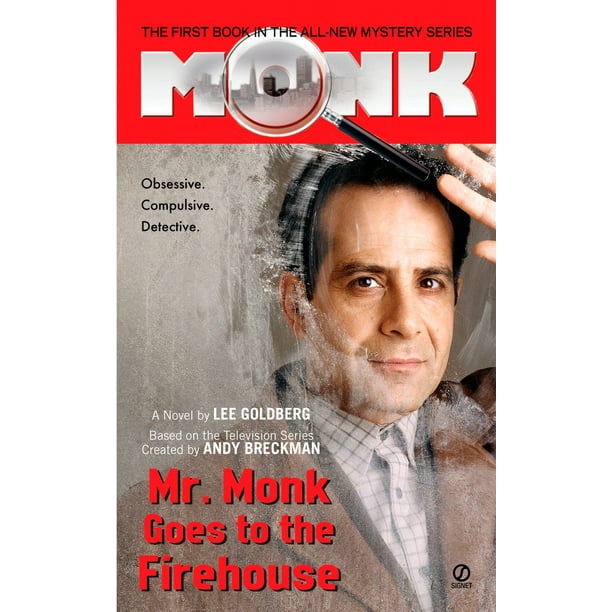 Mr. Monk Goes to the Firehouse 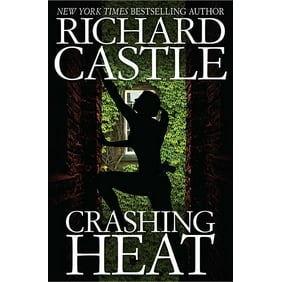 We aim to show you accurate product information. Manufacturers, suppliers and others provide what you see here, and we have not verified it.
A new series begins, based on the hit show on USA Network, starring Tony Shaloub as brilliant but slightly off-balance sleuth, Adrian Monk. When the dog mascot of a local firehouse dies on the same night as a fatal house fire, Monk is led into a puzzling mystery. Original.Monk's house is being fumigated, and he has nowhere to go. Fortunately, his assistant Natalie and her daughter are kind enough to welcome him into their home. Unfortunately, their home is not quite up to Monk's standards of cleanliness and order.

But while Monk attempts to arrange his surroundings just so, something else needs to be put straight. The death of a dog at the local firehouse-on the same night as a fatal house fire-has led Monk into a puzzling mystery. And much to his horror, he's going to have to dig through a lot of dirt to find the answer.

When the Dalmatian at the local firehouse is killed, Julie hires Monk to find out what happened, which leads him to a fatal fire and an even bigger mystery. Fans of the TV show will rejoice in this great start to a tie in series. Still has one of my favorite scenes in any Monk story, book or TV episode. This did go on to become the basis of the TV episode "Mr. Monk Can't See a Thing" in the next season of the show.

A firehouse dog is mur...

A firehouse dog is murdered on the same night an accidental fire takes an elderly woman's life. Anyone else would think it's a coincidence, but famed obsessive-compulsive detective Adrian Monk is quick to note that the police have two murders on their hands. This book was the first in a series of TV tie-ins to USA network's detective show Monk. For fans of the show, it's great - like coming back to old friends - as the book retains the characters and feel of the show. Particularly, all of Monk's tics are intact, including things like his infamous phrase, "You'll thank me later." It's actually a rather interesting reading experience as the author does not need to spend a lot of time describing the characters in vivid detail yet the reader who's seen the show can easily visualize exactly the expressions on each character's face at any given moment. The book is narrated first person by Monk's assistant Natalie, which is a little odd because the show certainly wasn't that way. (Indeed, Monk is often seen on the show in situations without Natalie, e.g., his therapist's office.) Nevertheless, it works okay, although we end up seeing a lot more of Natalie's personal life, such as the dates she goes on or how she finds a babysitter for her daughter Julie, as well as being privy to her inner thoughts, such as her squeamishness at crime scenes, that we don't usually get to know on the show. Like with most episodes of Monk, about half way through the book, Monk has already solved the main mystery and is simply looking for the evidence to nail the suspect. Still, the reader is compelled to keep turning pages to see if Monk can outwit a murderer who's thought of everything as well as to see how Monk is coping with his everyday trials of being an extremely obsessive-compulsive germaphobe, further compounded in this particular story because Monk has temporarily moved in with Natalie and Julie while his apartment building is being fumigated. At the time the was written, the show was still on air, and the book's plot was actually later made into an TV episode, so there's a little bit of déjà-vu involved. However, there were significant departures between the book and the episode and, combining that with my memory of the particular episode being somewhat lacking, there were no actual spoilers for me.

Reviewed by sweetiegherkinsweetiegherkin
Written by a librarything.com customer.
Helpful?
Average Rating:(5.0)out of 5 stars

I loved this book! It's awesome to be able to get fresh doses of Monk. I really missed the TV series and the characters I had become quite attached to. Now I get to have new mysteries to solve with them and many, many laughs. I am looking forward to reading more of this series.

Reviewed by Barb_HBarb_H
Written by a librarything.com customer.
Helpful?
Average Rating:(5.0)out of 5 stars

Contains just as much ...

Contains just as much mystery and comedy as the TV show, I loved it. :)

Reviewed by Erin94Erin94
Written by a librarything.com customer.
Helpful?
Average Rating:(4.0)out of 5 stars

The first of the novel...

The first of the novelized "Monk" books, based on one of my favorite TV series, told from the perspective of Natalie Teeger. The murder mystery itself is fairly typical for the series (this is a good thing): Natalie's 12-year-old daughter Julie asks Monk to find the murderer of a firehouse dalmation she has come to know and love. This eventually becomes entangled with another murder Monk has been brought in on. As always, the best elements of the book consist of Monk's interactions with those around him: He moves in with Natalie when his apartment is being fumigated. Comedic hijinks ensue. Natalie starts dating a sensitive and hunky firefighter, and Monk is surprisingly intuitive and supportive. And Julie develops a growing respect and affection for Monk, which is clearly returned. A very nice beginning to a series I have much enjoyed.

Reviewed by burnit99burnit99
Written by a librarything.com customer.
Helpful?