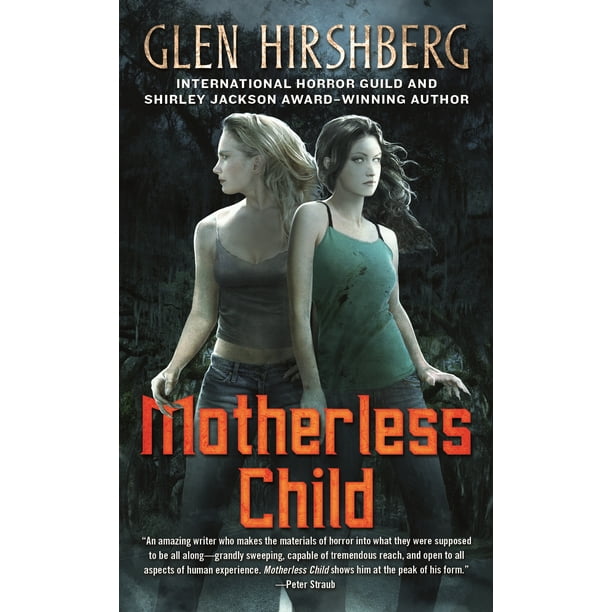 We aim to show you accurate product information. Manufacturers, suppliers and others provide what you see here, and we have not verified it.
Fleeing the families they might unwittingly harm after being transformed into vampires by a mysterious musician they once idolized, Sophie and Natalie prepare for a violent showdown with their enemy, who uses his adoring fan base to counter their efforts.

In his powerful novel, Motherless Child, Bram Stoker Award-nominee Glen Hirshberg, author of the International Horror Guild Award-winning American Morons, exposes the fallacy of the Twilight-style romantic vampire while capturing the heart of every reader.

It's the thrill of a lifetime when Sophie and Natalie, single mothers living in a trailer park in North Carolina, meet their idol, the mysterious musician known only as "the Whistler." Morning finds them covered with dried blood, their clothing shredded and their memories hazy. Things soon become horrifyingly clear: the Whistler is a vampire and Natalie and Sophie are his latest victims. The young women leave their babies with Natalie's mother and hit the road, determined not to give in to their unnatural desires.

Hunger and desire make a powerful couple. So do the Whistler and his Mother, who are searching for Sophie and Natalie with the help of Twitter and the musician's many fans. The violent, emotionally moving showdown between two who should be victims and two who should be monsters will leave readers gasping in fear and delight.

Originally published in a sold-out, limited edition, Motherless Child is an extraordinary Southern horror novel that Tor Books is proud to bring to a wider audience.

REVIEWED: Motherless ChildWRITTEN BY: Glen HirshbergPUBLISHED: May, 2014 by Tor Books (originally in 2012 by Earthling)Motherless Child may be classified as a vampire book, but it is not related to the well-worn tropes familiar to most readers. Glen Hirshberg's writing is as literary as any classical author, filled with pathos, explorations of the human condition, and a contrast of the good vs. evil theme, but with unexpected outcomes. Two young mothers, Natalie and Sophie, who have been turned into vampires, must leave their beloved children behind to travel the country searching for answers, trying to fight the effects of what they've become, until the inevitable showdown with those who changed them forever.Four-and-a-half out of Five stars