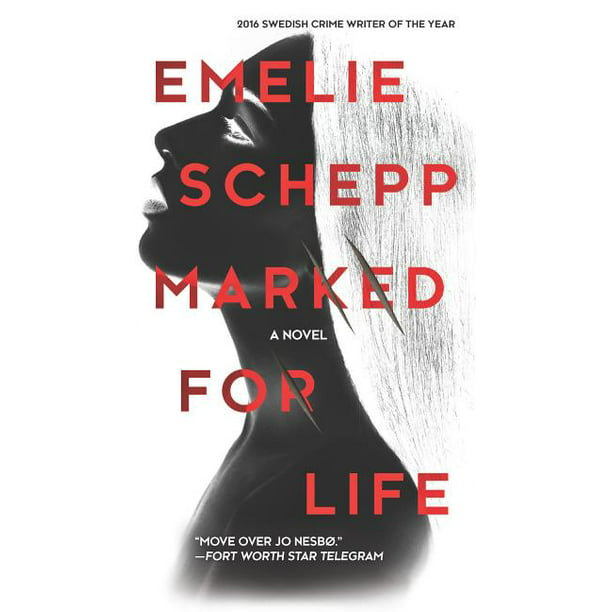 We aim to show you accurate product information. Manufacturers, suppliers and others provide what you see here, and we have not verified it.
International bestselling author Emelie Schepp introduces the enigmatic, unforgettable Jana Berzelius in this suspenseful debut novel "A fast-paced thriller with the draw of a ninja-strong female lead and enough adrenaline to make a good night's sleep a near impossibility." -- Booklist MARKED FOR LIFE...TRAINED FOR DEATH When the head of immigration is shot dead, suspects quickly emerge. But no one can account for the mysterious child-size fingerprints at the scene. Public prosecutor Jana Berzelius steps in to lead the investigation. Young and brilliant but emotionally cold, Berzelius, like her famous prosecutor father, is not swayed by the devious widow or threats of blackmail. She is steely, aloof, impenetrable. Until the boy... On a nearby shore, the drug-riddled body of a young teen is found along with a murder weapon. Reviewing his autopsy, Berzelius sees something hauntingly familiar... Carved deeply into his flesh are initials that scream child trafficking--and trigger in her a flash of recognition from her own nightmarish childhood. Now, to protect herself and keep her dark past a secret, she must solve the crimes and find the depraved mastermind first...before the police do.

I have the second book...

I have the second book of this trilogy (Marked for Revenge) on my TBR pile & thought I'd better get my mitts on the first one instead of jumping into the middle of a series. Glad I did. The publicity blurb gives a good synopsis of the story line so I won't re-blab too much of the plot. This is an excellent example of compelling Scandi-noir with a strong female protagonist. Jana Berzelius is a public prosecutor & ends up working with police on a complex case with shocking ties to her personal past. As the book progresses, we learn what is lurking behind her cool, uber-eficient facade. The author hooks us (and Jana) up to a slow drip of background info that has major ramifications for how the case will play out. She also tackles tough subjects such as child trafficking & abuse of immigrants seeking asylum, topics that have chilling relevance in current affairs. It's a dark, fast paced read with a wide range of characters. Some will invoke your sympathy, others you'll abhor. What kept me reading was trying to figure out how the MC would get herself out of the whole snarly mess. By the end, police close the case but we know there is much more to the story & it sets the stage for an inevitable showdown between Jana & one of the characters. My only complaint has to do with the translation. I'm not sure if Ms. Schepp or someone else produced the english version. Regrettably, there are many instances of odd word choices & awkward phrasing that cause your eyes to stumble & take note. It pulls you out of the moment which is unfortunate as there's a great story here that would be even better with improved flow. However, as a first novel it's still an impressive debut. If you're a fan of "cozies", step away! The obvious comparisons as far as the MC is concerned would be those created by Carol O'Connell, Taylor Stevens & (to a lesser extent) Stieg Larsson. I'd recommend starting here as there is a tremendous amount of back story that will no doubt inform the rest of the series. On to book #2!

Reviewed by RowingRabbitRowingRabbit
Written by a librarything.com customer.
Helpful?
Average Rating:(4.0)out of 5 stars

I find the desk and brooding mature of these Nordic mysteries/thrillers very appealing. Not sure what that says about me. This is the first in a planned trilogy and it is off to an intriguing start. Jana, a prosecutor with a famous prosecutor father, is a cold, aloof, character, respected but not well liked by the detectives in the unit. She has a past though, one she doesn't remember anything about before the age of nine, when she was a adopted. The killing of the head of customs and then a young boy with a name carved on his neck, will send Jana on a journey back to her past. I thoroughly enjoyed this well put together story. The first half reads like a police procedural, investigating, pitting together of clues, witnesses but the second half ventures into thriller territory, with plenty of action. Secrets are revealed, plots uncovered, and a mastermind with a secret agenda will be exposed. Jana, will pursue her own personal type of retribution with a vengeance, her back story fully revealed and together in my mind they put her firmly in the range of other strange and different woman characters such as Carol O Connell's Mallory, Taylor Steven's, character Vanessa Michaels and the well known Lisbeth from the Tattoo series. Can't wait tosses where the second installment will take us.

Reviewed by Beamis12Beamis12
Written by a librarything.com customer.
Helpful?