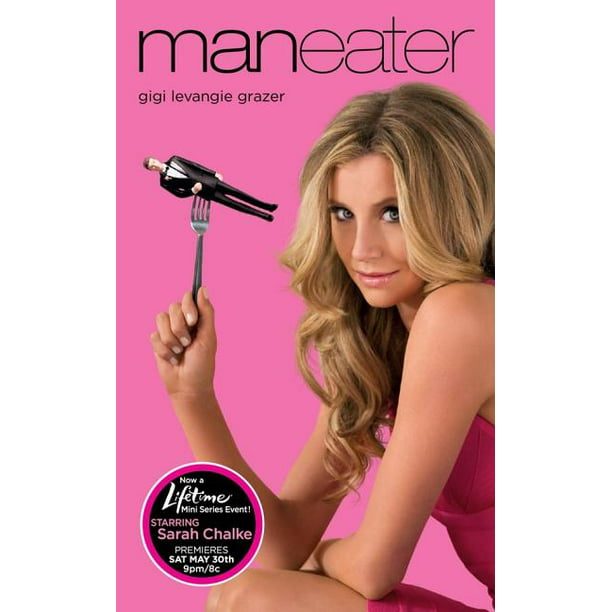 We aim to show you accurate product information. Manufacturers, suppliers and others provide what you see here, and we have not verified it.
In this hilarious romp through Hollywood, an award-winning screenwriter serves up a dose of delicious details that only an insider of the movie world could provide.Feast your eyes on Clarissa.
At twenty-eight (thirty-one), Clarissa Alpert is blessed with a designer wardrobe, a daddy-subsidized apartment, and an A-list speed-dial. Gorgeous and wildly uninhibited, she has amassed a list of exes that amounts to a Who's Who of Hollywood power players. But with her twenty-ninth (thirty-second) birthday looming, she starts to panic. Who on earth could possibly make her an honest woman?

She's reserved a table for two.
Enter Aaron Mason, the latest, hottest new producer in town, who Clarissa decides is the future "Mr. Alpert." With the help of her vivacious friends, her aerobicized Latina mother, her ex-con father, and the most divine gay waiter in Hollywood, Clarissa plans the biggest wedding L.A. has seen in years -- all before the couple's first date. Catching Aaron's eye is not the problem. He just seems to have his own agenda. Could Clarissa have finally bitten off more than she can chew?

I absolutely adored this book with its herione who gets the tables turned on her. While she is shallow, it only makes what follows even more funny. It is the story of what happens when you let your wants and expectations go and just let yourself fall in love. I love that it ends up happy even though for a while, you don't see how it possibly can. It is a quick read and completely enjoyable.

Money-loving socialite Clarissa Alpert has had sex with nearly ever man (single or not, straight or not) in the greater Los Angeles area. Now, at age 31 (but pretending to be age 28), Clarissa has decided to settle down with the latest and greatest new producer in town, Aaron Mason. Just as soon as she actually meets him... I recall hearing a lot of buzz about this book when it first came out a few years back, and I read a couple of reviews that pegged the book as an intellectual, satiric form of chick lit. Well, I do have to say it was not nearly as predictable as so many other chick lit books, and I did chuckle here and there over a particularly witty remark. And then there were passages like this one: "She drank it, and almost laid a brick right in the middle of foreplay. Oral foreplay. ... what Clarissa learned from the entertainment attorney: Never drink Dieter's Tea before sex. Never. ... Her mother was addicted to the hideous brown, bark-tasting liquid; she drank it three times a day. Once Clarissa had convinced her mother to stop drinking the foul tea; her bowels got so badly backed up, Clarissa had to rush her to the hospital so a dashing Indian intern could stick a long, dark finger up her mother's tiny, crepey butt. Clarissa subverted her own rules (don't date anything that can't get you into the VIP section of a premiere or table seven at Mr. Chow) and had three dates with the intern until realizing, on the traditional third-date screw, his dick had the circumference of a number two pencil. She was hoping he'd be a 'Grower, not a Shower,' to no avail. The shock was so great that Clarissa retired, staying home every night for a month, with only Oreos, Red Bull and vodka, and her Bunny Ears vibrator to keep her company" (pp. 10-11). Yeah. So there's that, and a whole lot of similarly crass passages throughout, although the writing style did seem to get ever so slightly less crass as the book progressed. However, as the book progressed, the writing style became less satiric (if that's really what we want to call the first half) and more farcical. Probably my biggest issue, however, is that the protagonist is a shallow, juvenile, selfish, self-absorbed, deceitful, manipulative human being throughout the first half of the book. After some hardships are thrown her way, she gains only the smallest modicum of decency. With all the actual problems there are in the world, I couldn't care all that much for a person whose issues arose from her own conniving ways. On the plus side, the book is light and fast and in that respect, was a welcome change from the more depressing books I've been reading lately. Still, it's not really enough for me to recommend this book.

The main character was...

The main character was too superficial and just plain unlikeable, while I could not relate to any part of the plot. She is a rich snob who never had to live in the real world, when she learns she is being cut off from the family money. She comes up with a plot to marry a rich man but there are more twists and turns in store for her. There were a few redeeming bits here and there which is why it didn't get just one star, but overwhelmingly it wasn't great.

Written by a customer while visiting librarything.com
Average Rating:(1.0)out of 5 stars

I picked this along wi...

I picked this along with The Starter Wife to see how the book compared to the USA miniseries. Sadly, I did not think either book was worthwhile. The main character in Maneater was annoying and superficial. The main character was planning a wedding between her and her love interest well before they had a first date - what couldn't be more intriguing? I did not think the book executed this well. I had expected more battle between the sexes and the wedding to occur far later in the book. It occurred halfway through the book, and the rest of it just got weirder and unbelievable.