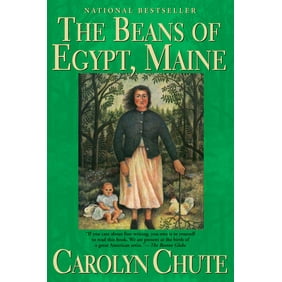 This book is a bit lighter than my usual fare, but I was absolutely charmed by it. If I lived in Edgcombe-St.-Mary, I think I'd be in love with the major, too. It's the gentle tale of a widowed retired major who is grieving for his recently-deceased brother when friendship blooms with Mrs. Ali, the widow of a Pakistani shopkeeper. Friendship inevitably turns into stronger affection--but what will the members of the club say (let alone the major's son, a broker schmoozing his way up the corporate ladder)? And will the major ever succeed in reuniting a pair of Churchill shooters given to his father by a maharaja and divided between his sons at his death? Much of the novel centers on conflicts between the "older generation" values of the major and the new values of "progress." Mrs. Ali, too, has conflicts with her own beliefs and the traditional Islamic values of her husband's family. But all is not so serious--particulary due to Major Pettigrew's wonderful wit (which often goes over the heads of others) and some delightfully comic scenes.

Reviewed by CariolaCariola
Written by a librarything.com customer.
Helpful?
Average Rating:(5.0)out of 5 stars

Things are not looking...

Things are not looking very rosy for the old Major, in these opening pages. He buried his wife six years earlier. He has a strained relationship with his only son and now, quite suddenly, his younger brother dies. He is alone. In walks Mrs. Ali, a Pakistani shop owner and widow. She offers the Major support and comfort. A friendship ensues and this unlikely pair begin to prove that there are second chances in life. This is a wonderful story set in a picturesque English countryside. The characterizations are beautifully realized and you will quickly find yourself falling for the Major and Mrs. Ali, wishing you could follow them forever. Highly recommended.

Reviewed by msf59msf59
Written by a librarything.com customer.
Helpful?
Average Rating:(5.0)out of 5 stars

Helen Simonson's 'Major Pettigrew's Last Stand' is a novel of love and grief and family and relationships. And while the fact that the major characters are fifty plus may be beside the point, it is nevertheless refreshing to see that the aged and aging may have real lives. Widower Major Ernest Pettigrew, veteran of Her Majesty's Service and stanch upholder of all things British, is attracted to Jasmina Ali, the Pakistani matron who runs the village shop. No reader will be surprised that the members of the Major's golf club aren't impressed by his choice nor is Jasmina's family pleased that she has a British suitor. Ernest is expected to marry the local spinster (after a little not too genteel nudging by the ladies circle) and Jasmina's in-laws are expecting her to relinquish her shop to her nephew and 'retire' to the safety and servitude of family obligation. However, this is less a story of plot than character. And Simonson does an excellent job of rendering each of her characters - from the upright and moral major and his sometimes greedy and consistently unsure son Roger with his flip yet sympathetic American girlfriend to the lovely and wise Jasmina and her serious, scholarly, and equally greedy and unsure nephew Abdul - with great depth and flair. Five Stars: Recommended for all readers who want to be reminded of the cost and power of love and who want to smile as they close the book at the end.

Reviewed by dianaleezdianaleez
Written by a librarything.com customer.
Helpful?
Average Rating:(5.0)out of 5 stars

Major Pettigrew arrived a few weeks ago, and we've been slowly getting acquainted. Well, his is the sort of story that suits being taken at a gentle pace, with lots of time to contemplate. Born in India, but now retired to the picturesque English village of Edgcumbe St Mary, he was adjusting to life as a widower. Pottering around the house and garden, maintaining his traditional customs - like a properly made cup of tea and the words of Kipling. He wasn't a man to show, or even acknowledge his emotions, but he was a man who would always try to do the right thing. His brother's sudden death threw him off-balance. And it was just after he received that news that Mrs Ali, proprietor of the village shop, arrived on his doorstep. An intelligent and compassionate woman, she had lost a beloved spouse not so long ago too, and was just the person to understand Major Pettigrew's distress and help to steady him. Major Pettigrew discovered that Mrs Ali loved Kipling and poetry too, and a friendship developed that would grow into something rather more. They made a lovely couple, and it would be a delight to meet and talk with either or both. And their story is lovely, old-fashioned, and very well told. But of course there were complications. Both families made demands, and many of the villagers while trying to demonstrate just how multi-cultural they were actually demonstrated that they were nothing of the sort. None of the sub plots were wrong, indeed there were some lovely moments, some wonderful set pieces, and some thought-provoking points were made. They did enrich the story. Major Pettigrew's ambitious son and Mrs Ali's devout nephew provided a particularly well drawn study in contrasts. And some storylines were cleverly set up to look as if they were going to go one way, when in fact they were going to go somewhere quite different but entirely right. Yes, many thing were done very well, but unfortunately some wrong notes were hit and some things were taken a little too far, when they needed the wonderful subtlety of the main storyline. A strong picture of a village community was clearly painted, but some of the details were just not right. And that was infuriating, because it did distract attention from the very many things that were done perfectly. I am still very happy though that I met Major Pettigrew and Mrs Ali. Two wonderful characters, whose stories have a great deal to say about love, life, family, community and values. And that made this book well worth reading.

Reviewed by BeyondEdenRockBeyondEdenRock
Written by a librarything.com customer.
Helpful?
Average Rating:(5.0)out of 5 stars

Dear Helen Simonson: I fell crazy in love with your characters. For me, that is a big deal. I have even become besotted with your traditional, often too stoic (I'm all for a certain Anglo stoicism, really!) Major Pettigrew. In real life I would probably drive him up a wall and the feeling would be mutual, but the way you've written him, the way you've created a character with all the traits available on the human spectrum, makes me hope that I can write characters half as good as this some day. And Mrs. Ali? Oh my word. I want to know her in real life. I mean it. She's funny and intelligent and quietly irreverent. She's a strong female character who provides the kind of foil for the traditional Major that makes this story just that much better. The whole cast of characters - the sometimes stereotypical, but well-written villagers, especially Grace,the grasping, yet oddly endearing son Roger, the American Sandy, the troubled Abdul Wahid, Amina and George - you've developed them with so much care, you've imbued this with just the right amount of familiarity and surprise. And while you didn't tie up every loose end tidily, I closed this book feeling happy - uplifted. I'm not sure that's what you set out to do - maybe you just wanted to tell a great story with fabulous characters, wonderful descriptions of the English countryside and the village of Mary St. Edgecombe, beautiful language, with the underlying story of cultural differences and parallel cultural foibles, the tale of a father and a son who seem eons apart and yet share the same human frailties or just a great love story that keeps the reader on the edge of their seat. Whatever it was that you set out to do, you did it, as the Major might say, quite admirably. Well done, you. Best regards, A reader anxious for your next novel

Reviewed by LisahgoldenLisahgolden
Written by a librarything.com customer.
Helpful?