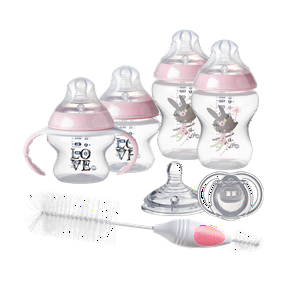 We aim to show you accurate product information. Manufacturers, suppliers and others provide what you see here, and we have not verified it.
The LulyBoo Baby Lounge To Go gives babies a safe, cozy place to sleep and play at home or on the go. From picnics to the beach to simply relaxing at home, the Baby Lounge To Go is a portable bed, bassinet, play mat and changing station all in one. Designed with convenience in mind for parents and comfort for baby, the Baby Lounge To Go provides a soothing sense of familiarity anytime and anywhere. The multi-functional baby lounge includes a removable toy bar with two hanging plush toys and a removable canopy to protect from wind and light, allowing baby to sleep comfortably both indoors and outdoors. The 100 percent cotton cover is removable and machine washable. It's the only baby lounge of its kind that easily converts from lounge to lightweight backpack in seconds, making travel a breeze.
LulyBoo Baby Lounge To Go Travel Bed:
Questions about product recalls?
Items that are a part of a recall are removed from the Walmart.com site, and are no longer available for purchase. These items include Walmart.com items only, not those of Marketplace sellers. Customers who have purchased a recalled item will be notified by email or by letter sent to the address given at the time of purchase. For complete recall information, go to Walmart Recalls.

New Mom Must Have!

I love my on-the-go bassinet! My little one gets some of her best sleep in it. It's so easy to strap on my back and travel with me when we're on the go to see friends and family. My little one can be comfy no matter where we go! Definitely a new mom must have.

Citaisa B., December 19, 2019
Written by a customer while visiting lulyboo
Average Rating:(5.0)out of 5 stars

It's really cute, I'm a collector of reborn dolls, and needed something smaller than what I've researched, and this for the bill perfectly.

We love this bassinet! We use it everyday and it is so convenient to move around the house.

We received this as a gift from our registry and can honestly say we LOVE it! We use it daily for living room naps and sparingly for beach days and picnics! The backpack feature makes it extremely easy to carry around which is perfect when lugging a bunch of stuff to the beach! It's super lightweight and soft and extremely affordable compared to similar brands/products. My only complaint is I wish all the color ways came with the toys. But we love it so much I may purchase a second one designated for indoor use only. Highly recommend !

Brittroqksz, July 24, 2020
Written by a customer while visiting lulyboo
Average Rating:(5.0)out of 5 stars

I just got the Lulyboo for my newborn and I love it! It's so well made, easy to carry around, and is a must have item for newborns. Definitely recommend this lounger to anyone. I'm really happy with this product and hope to use it as long as possible with my little girl. =)

I gave my aunt this to use for her first new born, she wasn't so convinced that this was going to work for her and the baby. Being a first time mom seem very hard so she wasn't expect much of it. When she came home from the hospital, everything was very different – she felt that it was the safest place for her baby to sleep in, she said it was cozy and comfortable to breast feed in, very light weight to place anywhere around the house indoor and outdoor. Her favorite part was that it easily folds into a backpack in one step – hands free to carry baby in her arms. Plus he looks so adorably cute sleeping in it. Bottom line my aunt loved this product, highly recommend to all moms – especially first time mommy's.

We were actually gifted this bassinet at our baby shower recently, I'm not sure where the buyer purchased it from, but once we opened the box we noticed a few items of concern. There were some stains on the edge of the bassinet and some hair (not our own) weaved into the bedding part, additionally the canopy and toys were missing, though all the other original packaging and booklets were included. We were disappointed at first, and grossed out- not wanting to put our new baby in this.

Our thoughts are that this particular bassinet had been returned and then resold by mistake instead of being disposed of- though we're not sure.

We decided to reach out to Lulyboo directly though to see if they could help us at all.

I emailed with a rep named Chaz who was very nice and professional. They asked for a few pictures to see what I was talking about and after receiving them immediately said this was not the standard and they could send me a new one. They said to go ahead and dispose of the soiled one as they couldn't be sure it was safe for others to use.

I provided my address and within a week or so we had the replacement one- all clean and all parts included.

We are seriously impressed with the friendliness and professionalism of Lulyboo and Chaz. Our little one won't be here until February still but we are excited to try the bassinet out when he is here.

Em, December 29, 2019
Written by a customer while visiting lulyboo
Average Rating:(5.0)out of 5 stars

Easy to handle and comfortable

I got it as a baby shower gift for my coworker and she loved it! It's a win win gift here because now, she can come visit us and hang out while the baby sleeping peacefully in her Lulyboo and we get to enjoy this beautiful baby in our office!

I am a mom of 3 with a very crazy schedule and this portable bed is perfect! I hate leaving my baby in the car seat when we are out so I pack up the lulyboo and she always has a comfy place to sleep at friends and families houses or even at the park while my two older kids play . It is super easy to fold and store away in the house or car and it's very soft and comfy for my little one . It's a must have baby product .

I love the product as it has multiple uses. It is a lounger, a bassinet, and I can even change my baby on here. It is also light weight to carry :)! I use it when I'm on the go and at home.

1. Without the baby in the bassinet, you can fold the bassinet in half and carry it on your back like a backpack. You should not, however, move the bassinet while the baby is inside. For this type of mobility we recommend out Mod Carrycot.
by Lulyboo Mama
1 Answer