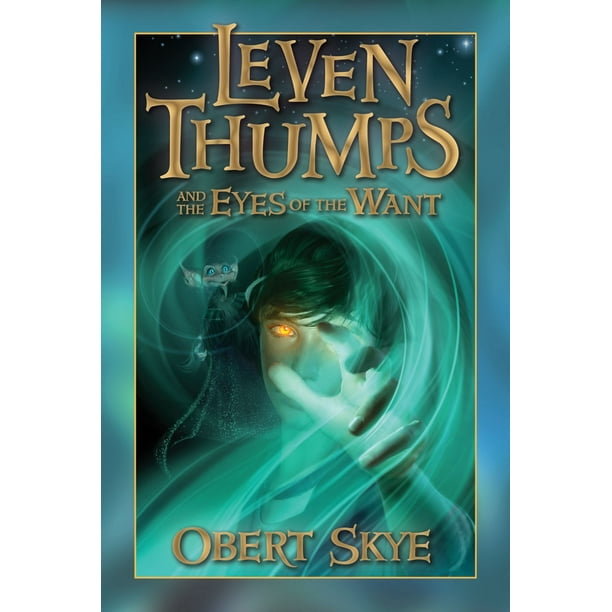 Leven Thumps and the Eyes of the Want - eBook

Foo — the place between the possible and the impossible — is a realm inside the minds of each of us that allows mankind the power to hope and imagine and dream. The powerfully gifted Leven Thumps, once an ordinary fourteen-year-old boy from Oklahoma, has been retrieved from Reality and sent to stop those in Foo who are nurturing dark dreams and plan to invade and rule Reality.

At the end of book two, with the help of Leven, Geth was restored from a toothpick to his former self, a great lithen who travels by fate. Winter suffered the loss of her gift — the power to freeze things. Will her new vulnerability be too much to bear? Leven was attacked by the Whispered Secret, and now the Secret has escaped, ready to tell the whole of Foo how sycophants die. Will Leven find Clover before it's too late?

Hold on to your popcorn! In book three, the war to unite Foo and Reality has begun. Not only must Leven race across Foo to stop the Secret before the deadly truth is revealed, he must travel to the island of Lith, the home of the Want — the manic dreammaster who can give Leven the gifts he needs against a foreboding army of rants and other Foo beings.

If you are willing and have the courage, you're invited for the next adventure in book three, Leven Thumps and the Eyes of the Want. Travel to Sycophant Run, survive the Lime Sea, and discover a new gateway to Foo and a threat beneath the soil. The fooseeable adventure will keep Foo fans captivated and wanting more!

“Excellent . . . palpable excitement and suspense. Kids and adults will enjoy this charming tale of good and evil.” — Publishers Weekly

“This rollicking, suavely told tale should captivate readers.” — The Bulletin of the Center for Children's Books

Leven Thumps and the Eyes of the Want - eBook

I'm completely impressed by this series. I could see how some might say it is similiar to Harry Potter. But, really, it's not. At all. Foo is it's own world. The creatures are interesting and well developed. Each character acts according to their own personalities but also within the world that Skye imagines. The prose is lyrical and the descriptions beautiful. This is one of those books you tear through and then mourn the ending.

love the twists & turns in the story!!

Fascinating, good twist and the plot kept changing so it was fun to follow. The big secret of the Want seemed rather cruel to me, and I do not see the point so far, or how it did good.