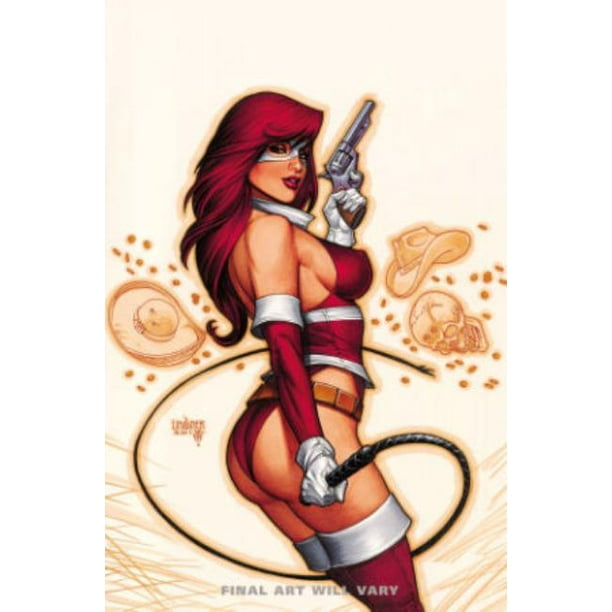 We aim to show you accurate product information. Manufacturers, suppliers and others provide what you see here, and we have not verified it.
"Lady Rawhide, the masked heroine of the West, returns in an all-new adventure! This time, she faces not only the corrupt forces of the government - bent on cowing the populace through privation and cruelty - but also a new team of vigilantes: The Sisters of the White Rose. The Sisters, inspired by Lady Rawhide's actions, have taken up the struggle against tyranny. Although she supports the Sisters' aims, Lady Rawhide is forced to stand against their bloody methods!"--Amazon.com.Lady Rawhide 1

I love graphic novels with female lead characters but sometimes it is hard to find female leads that aren't oversexualized as most are for the male reading audience. Lady Rawhide is just that, a woman wearing next to nothing to stand up for good - kind of like a female Robin Hood, but instead of tights she dons a Lycra/leather-thong bathing suit/corset....(yea that pretty much sums it up). My first thoughts upon beginning this graphic was that the illustrations were very detailed and that was awesome, until about issue 4/5 in the volume, then it wasn't as detailed for some reason. So kudos for the good pictures up until that point, but it also brought to my attention how much that suit is up her butt...it cannot be comfortable to ride a horse with no clothing on you behind... it bothered me. The plot was a decent one about fighting the tyranny of corrupt officials but it was all difficult to read as an ebook on my computer the type set was a little small and I guess (and now I know) that westerns aren't my thing. I wasn't really digging it. If you like scantily-clad females and western themed graphic novels I guess this would be for you.

Reviewed by sszkutaksszkutak
Written by a librarything.com customer.
Helpful?
Average Rating:(1.0)out of 5 stars

I received this from N...

I received this from Netgalley in exchange for an honest review. Very corny, very cheeseball story of a Robin Hood-type vigilante in Old Mexico. Bad story, bad artwork, no reason to even attempt to read this one. I'd recommend this only to those who are a glutton for punishment.

Reviewed by ssimon2000ssimon2000
Written by a librarything.com customer.
Helpful?