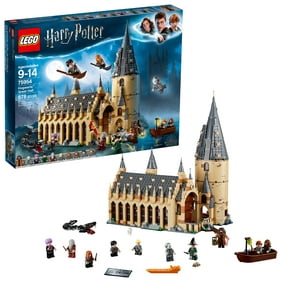 We aim to show you accurate product information. Manufacturers, suppliers and others provide what you see here, and we have not verified it.
Join Lloyd and Jay?s mission to free Master Wu and stop the Time Twins taking control of time in this Dawn of Iron Doom set, which includes the highly posable Snake Mech with wheel-operated spinning Time Portal and plug-in points for the 4 included translucent-colored Time Blades, a missile-shooting eye and 2 big detachable blade weapons. The Vermillion swamp fort has an egg-drop function and opening prison, and can be built in different ways for alternative layouts. Includes 6 minifigures with assorted weapons to intensify the role-play battles. 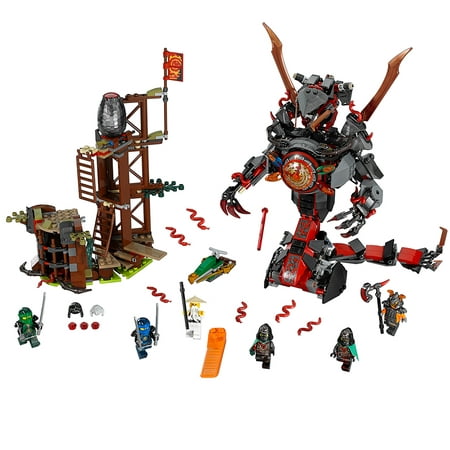 It's cool and very nice!!

The tribe of snake came back!!

My son is a great fan of Ninjago and he's wanted to buy this.

Finally, I could bring this awesome set to his hand. My son made it complete within 2 hours!!

He is now just 8 years but dreams to be a great Lego designer.

For supporting it, I wish I could buy more Legos for him as long as I can.

Great Set To Have

this set is impressive for a variety of reasons

overall a great set to buy!

This set is amazing. I currently am building Ninjago City and Acronix's dual face ( DR. Saunders) is awesome for Day of the Departed.

it is so cool i will buy it and play with it with my bro's.

Dawn of the Vermilion

- Price value is great for this set

I would recommend this to any Lego Ninjago fan or any Lego collector!

This set is amazing in my opinion! I love the figures in it. If you want great figs you should get this set! I love how it has all 4 time blades and the amazing mech. One thing I don't like is the arm movement. It's very limited and not very great if you wanna have a battle with another mech or something. All in all, the set is very nice to have and is one of my favorite Ninjago sets. I highly recommend it. The price is great!

I love that the cell and gantry in this set click together, and also click together with the popping egg nest from the 70621 The Vermillion Attack set and the bit of turf from the 70625 Samurai VXL set nests nicely on the top of the cell. I am delighted by the across the board design/planning of the different sets that allowed them to easily work together. I also like the brown open cross beam panels, and would love to get more of those pieces.

I like the new gi/body prints for Jay and Lloyd in this set. I would like Jay to have armor that carries his signature nunchaku rather than swords. I also miss Jay's signature silver/armored right arm.

I like the Time Twins minifigures and am curious about who they may be.

It seems the TV series is well behind toy production, so I have no idea what is going on, but I'm having fun thinking about what might be happening.

A Highly Detailed Yet Static Set

As a Lego Collector, there is one thing that I love to build more than anything: Mechs. In the past few years, Lego has put out very innovative and unique Mechs: The King's Mech, the Black Knight Mech, Titan Mech Battle, just to name a few. As such, when I saw this set on market, I bought it for the massive snake-like Mechanoid that is included for the Time Twins. Despite not having the knowledge yet about the actual story behind the scene, I can assume that the 'Iron Doom' Mechanoid is a machine created by the Time Twins in order to fulfill their ultimate goal. For this reason, I will be judging this set not on its accuracy, but on its playability and displayability.

As mentioned above, I bought this set for the Mech, rather than the terrain piece that is included. While at times terrain bits are used to drive up the piece count (and thus price), I was pleasantly surprised to find that I rather enjoy this piece of swamp building. When putting it together the first time, I was very intrigued by the way the cell is put together. I also noted the clips, and upon completing the tower area, I found that it has potential for large amounts of reconfiguration. The minimalistic aesthetic of the structure fits in well in the swamp environment this season is set to take place, and it provides many places for the Ninjago to actually be posed and fight.

The minifigures in this set are a high point. This set includes both Jay and Lloyd, preventing you from needing to buy Desert Lightning, as well as Wu, a Vermillion and both Time Twins. The detail on the Time Twins figures are incredible, and the attention to little details like having Saunders' pocket watch chain is incredible. The inclusion of hair for the two villians is also something I was very happy to see, allowing you to partially transform Krux into Doctor Saunders for a brief time.

The Iron Doom Mech itself is also very beautiful. The varied part usage, interesting connections and previously unseen geometry of the head of Iron Doom makes the set stand out beautifully. The Mech's inclusion of all four Time Blades also makes this a must buy if one wants to simply buy one set and be done with this line. The cockpit area seats both Twins comfortably, another pro given the accessories they have on. The mech itself is very detailed and looks good from most angles, and itself is an impressive and powerful looking device. The mech is also very tall, another upside in my opinion.

However, Iron Doom is not without very major flaws. When I tend to display Mechs for small dioramas, I tend to want to pose them in charging or clashing formations. Iron Doom, however, has only one major point of articulation: the arms. The shoulders are set far behind the rest of the body, making it difficult to strech the arms out forward to actually reach across. The limitation in joints also means the Mech is unable to fully extend the arms without hitting the exposed studs on the gray side paneling, making positioning difficult.

Perhaps the biggest con of the set, however, is that Iron Doom is a very static model. Most Mechs have standard waist articulation, allowing them to be twisted (the ElectroMech was an exception, but the Mech was small enough that waist articulation wasn't needed) and posed accordingly. Iron Doom, however, has no articulation in any joints. The snake-like bend at the bottom is set, the waist is et and even the head only moves up and down. This means that, in order to actually play with the set, Iron Doom must be physically moved and turned to the right or left to actually fight another opponent. This is a major dealbreaker to me personally. What cripples this, however, is that through small modifications to the waist (pulling out the pin and replacing it with a half-pin half-axel blue piece; Picture is included), the mech gains the ability to rotate at the waist. The fix is incredibly simple and makes me wonder why the designers did not include this. The fix takes all of 2 minutes and does not result in the Mech becoming unstable.

Another con I have with the mech is the tail section. The tail section looks incredibly underwhelming compared to the rest of the mech, which varied design and shapes. The tail section also employs bottom elements that leave open studs exposed, giving it a very unfinished feel.

I personally recommend this set to collectors who wish to display this model rather than playing with it. If you are like me and simply want to display the set and occasionally play with it, this set is one for you. However, Iron Doom is very much a static set, making it more like a statue than an actual Mechanoid. As such, for young children who wish to use this set to battle, I must recommend against it unless you are willing to do some modifications.

My son is a huge fan of Nings Go

He was thrilled to get this and build it

But he was extremely disappointed after building the snake mech because it didn't stand on its own. While playing he had to grab it well and eventually it wasn't a pleasant experience!! The mech is not sturdy enough.

He thought it could stand. The upper part is heavier than the lower one

Logically it could never stand!

Is it supoosed to stand still ???

Reviewed by NoorNoor
Written by a shop.LEGO.com customer.
Helpful?
Comment from department -
I'm sorry to hear that your son had trouble building the Ninjago® Dawn of the Iron Doom snake! It was designed to stand up and when built as instructed is sturdy. Based on the information, it sounds like your son may not have built something properly on his snake. We would recommend he try building that figure again and ensure he didn't miss a step or put something in the wrong spot. If he is confused by something, we would be happy to help him with his build by calling one of our friendly LEGO® Service advisors!