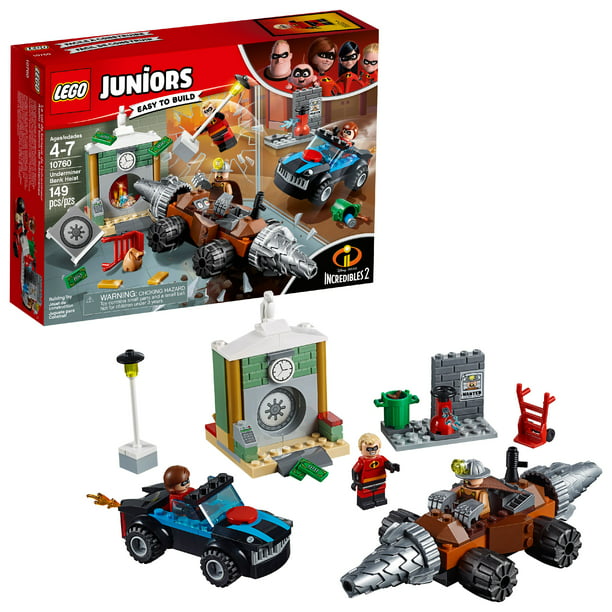 Or get it by Thu, Oct 22 with faster delivery 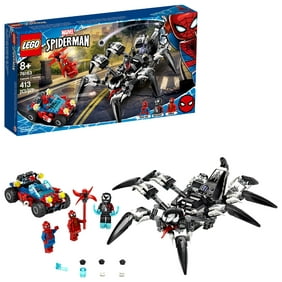 This toy is not suitable for ages under 3 years. It contains one or more of the following items marbles; small ball; or small parts.
We aim to show you accurate product information. Manufacturers, suppliers and others provide what you see here, and we have not verified it.
Fire up your child's imagination for some LEGO® Juniors The Incredibles 2 excitement, with this thrilling Underminer Bank Heist set, featuring a bank vault with breakaway door, Incredibile vehicle with Quick Start chassis, Tunneler machine with Quick Start chassis and spinning drill bits, plus a street build with brick wall, wanted poster and buildable streetlamp. This fun toy for boys and girls also includes a simple guide to build and play, to help build confidence in children ages 4-5. Includes 3 minifigures.Includes 3 minifigures: Mrs Incredible, Mr Incredible and Underminer

it is a pleasure to order lego products on this very website. I, myself personally love this set. one of the reasons I adore this charming little set is because it was one of my very first purchases on this website.

I hope you find this useful!

Great Set for Fans of the Incredibles

I have to say that I really love this set. It comes with three awesome minifigures and all of the set pieces are pretty useful. Both the Underminer's vehicle and the Incredibile are pretty cool builds. Being a LEGO Juniors set, I was concerned that the builds would not be as detailed as mainline LEGO builds, but that wasn't the case. I like that it's simple enough for younger builders to manage, without sacrificing the details/quality of the build.

This is also a great set because it recreates both the ending of the first film and the beginning of the second. As such, I kind of like to consider this to be a set from the first movie since that's my favourite.

PROS: Another good simple set for young builders with lots of play and easy to build things. I love the Underminer figure.

CONS: Expensive for the number of parts you get.

This is a WINNER

My grandson (7 years old) specifically requested this for his birthday. He was THRILLED to get it and opened the box to start on it right away. So - that's as good a recommendation as you can get!

Grandson loved this set. He is 5 and put it together himself.