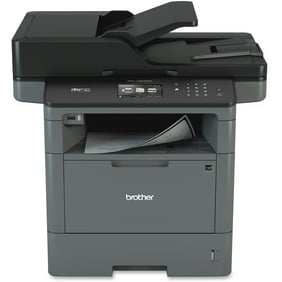 We aim to show you accurate product information. Manufacturers, suppliers and others provide what you see here, and we have not verified it.
This is a very different kind of inkjet printer. It helps you save up to 50 percent on the cost of ink and it helps you use up to 30 percent less ink with the all new Eco Button. It scans straight to your smartphone. And lets you print photos or an address for envelopes wirelessly with just a flick. Say hello to the all-new KODAK VERITE 55 Eco Wireless Printer. This easy to use printer is perfect for anyone that is tired of paying for the high cost ink. It’s very easy to use, very easy to set up, and very easy on your budget.@generated

I have been using an Epson Workforce 2540 that has a lot of great features, but the thing drinks ink like its water. If you clean the heads, you've used almost half an ink cartridge and with the cost of the ink cartridges it was cheaper for me to go to the library for printing needs. I've been looking for quite awhile for a replacement printer that wasn't going to cost me a lot of money and one that had good reviews for the most part. I found both with the Kodak Verite 55 Eco Printer. Set up was super easy and it prints well. The ink cartridges are less expensive and so far I haven't had to clean the heads before each print job. Very pleased with this printer.

The Kodak Verite 55 wireless printer was simple to set up and works great! I have always used a wired printer, this is my first wireless printer. I love it and will never go back to a wired printer again! Response time from printing request to final print is seconds. Printer does not come with a disk, you scan a bar code into your computer (or tablet, phone, etc) camera and within minutes, the software is downloading. I am using a Windows 10 based system. The printer has an ink saving economy mode which should save money on ink. If you are looking for a printer that can be shared with your home network - this is it!

Price: For some reason this product is significantly less when purchased online. $39 versus $69 in the store. The only difference is the online ships (for free) with regular ink cartridges and the store box seems to have the XL cartridges. Because I am a very occasional user, the regular cartridges work fine for me. Best help center ever. I could not get this printer to work. It was Saturday night at 9PM. I called the help center to find out what their operating hours were, expecting I would have to wait until Monday. To my surprise, a human being answered the phone in one ring. It turns out, I had downloaded the wrong driver. Even though we figured this out immediately, the support staff stayed online and walked me through the entire process. I am not a very techy person, so this was incredibly comforting. The entire phone call and set up took about a half hour (my computer is slow). This individual maintain enormous patience and encouragement. I will now look for more kodak products in the future. Printing: As i said, I am a very casual user, so my review of the overall product won't be the best. So far I have only printed a few items of text. I use the 30% less ink function and it has been amazing. The text is only slightly less dark and the pages seem to print much faster. So far I am in love with this printer. As far as longevity goes, only time will tell. I did purchase the extended two year warranty for $4. It seemed like a small price to pay. Hope I won't need it.

My Canon printer died so I bought the Kodak, it works OK but not as good as the Canon. Paper chute is difficult to load, wireless was hard to set up, sometimes turns on by itself. I do like the ink saver feature. I would have bought another Canon but they did not have just a printer, just all in ones. I'm getting used to the Kodak, it will do for now.

I had no problem setting up this printer without a USB cable, choosing to connect only by WiFi. I've connected via WiFi with my Windows 10 PC, Windows 10 tablet, Android 6 tablet, and Android 6 phone. All work seamlessly. The only problem I've had was that the printer was shipped with a faulty color ink cartridge. After changing it everything worked perfectly. This faulty cartridge is the reason for only 4 stars.

It was ready to use in minutes. A little worried about the software installation (I don't like follow-up surveys and offers). Want to wait and see if the ink dries up before I use it all up. Last two printers died due to non use - ink dried on all surfaces.

This printer is best suited to a child or young teenager. Cons: 1. It holds very few pieces of paper in the input tray. 2. You cannot choose how many copies you will make; you have to wait until each copy has printed and then push the button again for additional copies. 3. You can only scan to picture applications like jpeg and tif. I suppose with a Kodak printer, that would make sense, but as an all-in-one produced in 2016, it really should allow scanning to pdf. 4. I thought it was just the start-up cartridges, but it's the same with all of them -- if you have much printing to do, you'll have to buy several cartridges. 5. The ink saving feature shrinks the document on the page, but it doesn't center the document on the page, so the entire shrunken document is bunched up in the upper left hand corner of the page. 6. We used to joke that only a six year old can program a VCR player to record. I'm not joking when I say that it would probably take a six year old to get the cartridges in correctly the first time. Pros: 1.It is quiet. 2. It can run wirelessly or you can run it with a USB cable (get your own, since they don't supply them (and make sure the printer end is the square plug-in end and the other is USB. Double USB ends do not work on this printer.

Too difficult to install!

Was extremely difficult to install. This is not like any I've ever installed, and I've had a ton of printers in my lifetime. Also, just in the small amount we've printed thus far, paper jams seem to be an issue. We haven't used it enough to know if its quality is worth recommending or not, so based on the installation and the frequent jams, we chose "no" when queried as to whether we'd recommend to a friend.

DO NOT BUY, LOOK FOR ANOTHER ONE

If I could give this 0 stars I would. If you are in desperate need of a printer, look somewhere else. This piece of crap will no longer connect with a cord, wifi or just print. I have uninstalled and reinstalled I don't know how many times. I had to contact Kodak and the first one I purchased through here was apparently defective, I originally bought this in June 2019, and they send me a refurbished one in January. It is now the end of April and now that one won't connect to anything after trying 3 separate laptops, and 2 cell phones. I have uninstalled and reinstalled I don't know how many times and still nothing. I will be contacting Kodak during the week to see what they're going to about the refurbished crap they gave me that couldn't even last 4 months. If you need a printer, look somewhere else. This is my 2nd Kodak and I have regretted each one I've purchased. The amount of crap I've had to deal with for just this style is not worth it. Look somewhere else. DO NOT BUY KODAK!!

If you would like to share feedback with us about pricing, delivery or other customer service issues, please contact customer service directly.
1-3 of 179 questions
by KristaDecember 19, 2016

1. Yes, this printer has one touch Printing and Scanning from the Apple or Android app.
by CommunityAnswer
2. yes
by rlstults
3. The Kodak Verite 55 Eco Inkjet Wireless Multifunction Printer requires the following operating systems to print from a smartphone or tablet; Android 4.0.3 or later, and iOS 6.1 or later.
by Product Expert
4. Yes. It comes with both black and color ink cartridges.
by Meloz
5. Yes, both black and color ink cartridges are included.
by Meloz
5 Answers

1. Yes it has a scan feature is that what you mean?
by Cheekyprincess
2. Manually
by Cheekyprincess
3. It comes with one of each so my suggestion would be leave the empty color cartridge in the machine if you don&rsquo;t want to buy one
by Cheekyprincess
4. The manufacturer cannot guarantee that generic ink cartridges would be compatible with this printer.
by Product Expert
4 Answers

1. no blue tooth
by dooney
2. Either way.
by wmel5560
3. This unit connects using a WPS (Wi-Fi Protected Setup) connection.
by Product Expert
3 Answers