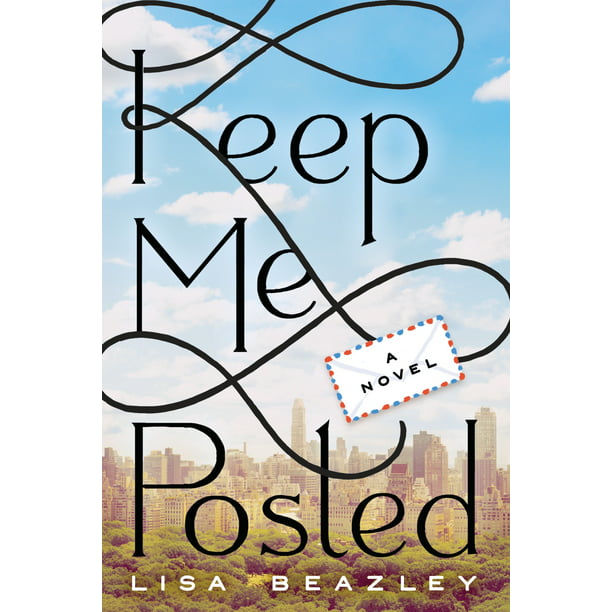 We aim to show you accurate product information. Manufacturers, suppliers and others provide what you see here, and we have not verified it.
"What would happen if the intimate secrets you shared with your sister suddenly went viral? Sisters Cassie and Sid Sunday have not done a bang-up job of keeping in touch. In their defense, it hasn't been easy: Life veered in sharply different directions for the once-close sisters. Today, beautiful and bighearted Sid lives an expat's life of leisure in far-off Singapore, while harried, iPhone-clutching Cassie can't seem to make it work as a wife and mom to twin toddlers in Manhattan. It doesn't help that Sid spurns all social media while Cassie is addicted to Facebook. So when Sid issues a challenge to reconnect the old-fashioned way--through real, handwritten letters--Cassie figures, why not? The experiment exceeds both of their expectations, and the letters become a kind of mutual confessional that have real and soul-satisfying effects. And they just might have the power to help Cassie save her marriage, and give Sid the strength to get her life back on track. But first, one of Cassie's infamous lapses in judgment comes back to bite her, and all of the letters wind up the one place you'd never, ever want to see them: the Internet." --Two sisters share the surprising highs and cringeworthy lows of social media fame, when their most private thoughts become incredibly public in this fresh and funny debut novel.

The once-close Sunday sisters have not done a bang-up job of keeping in touch. Cassie is consumed with trying to make her life work as a Manhattan wife and mom to twin toddlers, while her bighearted sister, Sid, lives an expat’s life of leisure in far-off Singapore. So Sid, who shuns social media, challenges Cassie to reconnect through old-fashioned letters.

Soon, the letters become a kind of mutual confessional that have real and soul-satisfying effects. They just might have the power to help Cassie save her marriage, and give Sid the strength to get her life back on track.

But first, one of Cassie’s infamous lapses in judgment comes back to bite her, and all of the letters wind up in the one place you’d never, ever want to see them: the Internet . . .

Fun fast passed story of two sisters who share their lives through letters and back story. While thinking they are sharing private thoughts about family and friends, their letters are being read live on the internet. Well written

To be honest, in the beginning I had to warm up to the story and the sisters. In fact, I was starting to have mixed emotions about this book. It was like...I like it but I am not sure if I like it. However, it only took me getting several chapters in to really start to settle into the story. Plus, Sid helped with my point of view on this story. Cassie took longer for me to embrace her (half way mark). This is because from the start I thought that Cassie was critical; whereas, Sid was more open and embraced life. Hearing her experience with her housekeeper and life in Bangkok was entertaining. When the half way mark came, the story shifted and Cassie became less critical. When she lost it on the guy in line behind her at the coffee shop I was right there with the barista cheering her. Or the moment when her youngest had an accident and he took off down the street half naked with joy. Cassie took out her phone to film and enjoy the moment. What really made this book was getting back to the basics. There was very little mention of social media. It was just the pure emotion and anticipation of waiting for the next letter.

Let me start off by saying that it's a joy to read a book about sisters who genuinely like each other. No sibling rivalry, just pure sisterly love and support. Cassie used to be a writer/editor but is now a stay at home mom to her twin 3 year old boys. She spends her downtime logged on Facebook. Sid is the less social media savvy sister, she lives in Singapore with her husband and two kids. On Christmas eve, as is customary for their family, they meet up at their grandparents house. While there, their grandmother shared old letters that she wrote to their grandfather. Inspired by the letters, Cassie and Sid agreed to become pen pals for a year. At first Cassie wasn't really into the traditional way of letter writing, the pen pal idea was mostly Sid's. But before long Cassie was looking forward to reading Sid's letters and writing letters back to her. Through their letters they reconnect, become closer and share their struggles with married life, motherhood, exes, frenemies and life in general. Things get more complicated when their private letters ended online and become viral. I enjoyed reading this book; it's honest, entertaining, with relatable characters and witty prose. It's told from the pov of Cassie and I found some of her opinions, particularly about the Filipina nanny/helper, stereotypical. I also noticed, although I may be mistaken, that the last 2 paragraphs on page 161 (chapter 13) should switch places. Overall I liked the story, how the simple act of letter writing can transform a person and how something beautiful can come out of a seemingly hopeless situation. Will recommend this book to all my mom friends. I received an advance review copy of this book from the publisher and give it 4 out of 5 stars.

Narrated by a young mo...

Narrated by a young mother called Cassie who lives in New York. Her life is busy, full of technology and fast food. Her older sister Sid is more laid back, but they haven't really been in touch since Sid and her family moved to Singapore. So they decide to write and post real letters to each other for a year. Cassie doesn't trust the international mail, so she decides to scan all the letters, and then she decides to make a backup on a private blog... I could relate to Cassie quite well as a stressed mother, finding the noise and chaos overwhelming at times, and wondering how other acquaintances with children make it all seem easy. I got a bit muddled with some of her friends, whose characters weren't particularly developed, and kept forgetting who was whom, but it didn't much matter. On the other hand I couldn't relate to her spending sprees, where she racks up enormous bills. Nor did it seem believable that she seems to 'grab' food cooked by someone else every day, whether takeaways or local fast food places. Then suddenly everything changes. I could barely put the book down in the second half, as events spiral out of control, although the last few chapters lead to a satisfactory conclusion. The writing is good despite the informality, if a little more peppered with obscenities than I am comfortable with. There's not a lot of plot, as it's a character-based novel, but there's plenty of action. It would make ideal holiday reading; it doesn't need much thought, and I won't necessarily read it again, but I enjoyed it nonetheless.

This was a bit of a slow start for me -- I almost consigned it to the DNF pile when I was about 10% in. But that 10% had gone quickly, so I stuck with it, and am glad I did.I think the slow start is due in large part to the beginning's low stakes. Okay, so two sisters who live half a world apart, inspired by their grandparents' love letters, decide to keep in touch for the next year by snail mail. It's a nice idea, but whether they succeed or fail, so what?Then the stakes get raised. Each sister is confessing problems with her marriage, and somehow their epistles are published on a blog, and it seems like their letter-writing could have some serious consequences!On the whole, I thought this was a sweet, easy read, and it left me a little nostalgic for the days of real, handwritten mail. At the same time, the relationship that for me rang most true was Cassie's with her husband, not with her sister Sid. Still, this would make a good gift for a sister with whom you're hoping to keep in better touch.Note: I received a complimentary copy of this ebook from the publisher in exchange for my honest review.