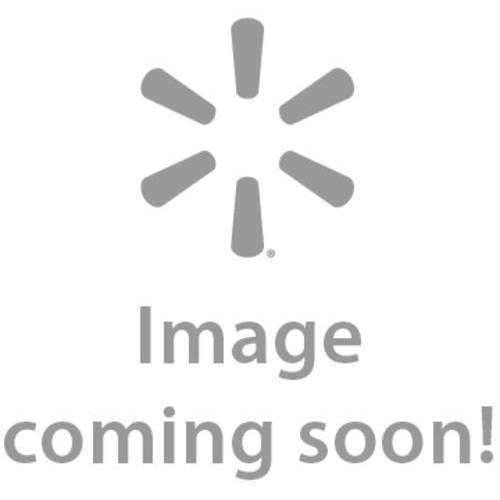 We aim to show you accurate product information. Manufacturers, suppliers and others provide what you see here, and we have not verified it.
The Classic Story of Life in Apartheid South Africa

Mark Mathabane was weaned on devastating poverty and schooled in the cruel streets of South Africa's most desperate ghetto, where bloody gang wars and midnight police raids were his rites of passage. Like every other child born in the hopelessness of apartheid, he learned to measure his life in days, not years. Yet Mark Mathabane, armed only with the courage of his family and a hard-won education, raised himself up from the squalor and humiliation to win a scholarship to an American university.

This extraordinary memoir of life under apartheid is a triumph of the human spirit over hatred and unspeakable degradation. For Mark Mathabane did what no physically and psychologically battered "Kaffir" from the rat-infested alleys of Alexandra was supposed to do -- he escaped to tell about it.

I am always asked to explain what it felt like to grow up black under South Africa's system of legalized racism known as apartheid, and how I escaped from it and ended up in America. This book is the most thorough answer I have heretofore given.

The last thing I ever dreamed of when I was daily battling for survival and for an identity other than that of inferiority and fourth-class citizen, which apartheid foisted on me, was that someday I would attend an American college, edit its newspaper, graduate with honors, practise journalism and write a book.

How could I have dreamed of all this when I was born of illiterate parents who could not afford to pay my way through school, let alone pay the rent for our shack and put enough food on the table; when black people in Alexandra lived under constant police terror and the threat of deportation to impoverished tribal reserves; when at ten I contemplated suicide because I found the burden of living in a ghetto, poverty-stricken and without hope, too heavy to shoulder; when in 1976 I got deeply involved in the Soweto protests, in which hundreds of black students were killed by the police, and thousands fled the country to escape imprisonment and torture?

In "Kaffir Boy" I have re-created, as best as I can remember, all these experiences. I have sought to paint a portrait of my childhood and youth in Alexandra, a black ghetto of Johannesburg, where I was born and lived for eighteen years, with the hope that the rest of the world will finally understand why apartheid cannot be reformed: it has to be abolished.

Much has been written and spoken about the politics of apartheid: the forced removals of black communities from theirancestral lands, the Influx Control and Pass laws that mandate where blacks can live, work, raise families, be buried; the migrant labour system that forces black men to live away from their families eleven months out of a year; the breaking up of black families in the ghettos as the authorities seek to create a so-called white South Africa; the brutal suppression of the black majority as it agitates for equal rights. But what does it all mean in human terms?

When I was growing up in Alexandra it meant hate, bitterness, hunger, pain, terror, violence, fear, dashed hopes and dreams. Today it still means the same for millions of black children who are trapped in the ghettos of South Africa, in a lingering nightmare of a racial system that in many respects resembles Nazism. In the ghettos black children fight for survival from the moment they are born. They take to hating and fearing the police, soldiers and authorities as a baby takes to its mother's breast.

In my childhood these enforcers of white prerogatives and whims represented a sinister force capable of crushing me at will; of making my parents flee in the dead of night to escape arrest under the Pass laws; of marching them naked out of bed because they did not have the permit allowing them to live as husband and wife under the same roof. They turned my father -- by repeatedly arresting him and denying him the right to earn a living in a way that gave him dignity -- into such a bitter man that, as he fiercely but in vain resisted the emasculation, he hurt those he loved the most.

The movies, with their lurid descriptions of white violence, reinforced this image of white terror and power. Often the products of abjectpoverty and broken homes, many black children, for whom education is inferior and not compulsory, have been derailed by movies into the dead-end life of crime and violence. It is no wonder that black ghettos have one of the highest murder rates in the world, and South African prisons are among the most packed. It was purely by accident that I did not end up a "tsotsi" (thug, mugger, gangster). It was no coincidence that, until the age of ten, I refused to set foot in the white world.

A very inspiring success story from a man with the odds stacked against him from birth. I have had the pleasure of hearing Mr. Mathabane speak on television and was impressed by the clarity of his message. He delivers his words crisply and precisely, and there is no doubt about his convictions. It is apparent that he speaks from experience. And he writes as well as he speaks.

Reviewed by mwhelmwhel
Written by a librarything.com customer.
Helpful?
Average Rating:(4.0)out of 5 stars

A powerful and thought...

A powerful and thought provoking look at life in a South African shanty town. Emotionally, the 1st 50 pages of the book were difficult to get through, but I do consider it a must-read for anyway wanting to understand the Apartheid era in South Africa.

Reviewed by elmillerelmiller
Written by a librarything.com customer.
Helpful?
Average Rating:(4.0)out of 5 stars

The term "kaffir" is a derogatory term in South Africa, and its use in the title is somewhat shocking but perhaps, appropriately so. The book tells the story of Johannes (Mark) and his family, his childhood in South Africa and then his success in the the world of tennis. It tells of the sacrifices and struggles of his mother and her belief that education was so very important to the future of her children. Heartwarming but so sad.

Reviewed by catarina1catarina1
Written by a librarything.com customer.
Helpful?
Average Rating:(4.0)out of 5 stars

Kaffir Boy by Mark Mathabane is an amazing autobiography that tells of Mark Mathabane's childhood thru adult hood and the many things he had to go thru during the time of apartheid in South Africa. I really enjoyed this book more than any autobiography I have read. The setting is set in the mid-1960's and goes thru the years til 1990's when Mark moves to America. This book was really inspiring to me for the simple fact that Mark achieved something so extrordinary that no one else could in South Africa of that time. Anyone who loves real life stories with a happy ending is going to enjoy this book.

Reviewed by AnnMarieCAnnMarieC
Written by a librarything.com customer.
Helpful?
Average Rating:(4.0)out of 5 stars

An amazing book about ...

An amazing book about the horrors that were the South African slums during apartheid. His experiences are chilling, and his story of survival and escape are inspiring.

Reviewed by srfbluemamasrfbluemama
Written by a librarything.com customer.
Helpful?