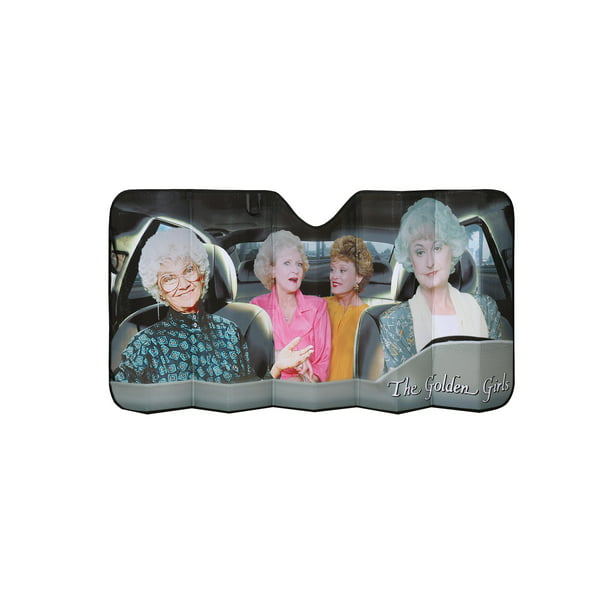 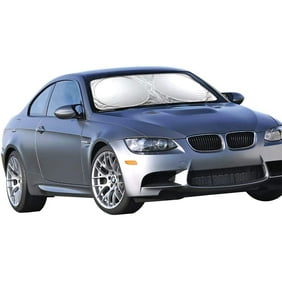 We aim to show you accurate product information. Manufacturers, suppliers and others provide what you see here, and we have not verified it.
A hilarious way to get double-takes in the grocery parking lot, this sun shade shows the Golden Girls in all their glory; well-constructed shade is made of vinyl. Sized to fit most cars and trucks. 57" x 28".
.

My niece wanted this for her birthday so I ordered it. They shipped it really fast

I love it but I thought I was going to get two of the different designs but I only got one not the one that I really wanted though. but love it

A bit deceiving, but a good value

I love the idea behind this car shade. It's hilarious and classic, but I can't give it 5 stars. The pictures are deceiving. There are two photographs and styles, so I did not realize which one I was getting. I was anticipating receiving a shade that has a dip in the middle, as my rearview mirror is mounted to my windshield. Instead, I received one that just goes straight across with no dip, which causes it to bunch up (and you can't see the image very well). I also thought I would receive the first image of the ladies, but it was actually the second style image that's posted in the photo gallery. Overall, it's a good value, but I'm going to have to either return it or cut it to make it work.

The visor is great and fits a fairly well in a Hyundai elantra. It is taking a bit to get it to stay put seeing it is the according style visor.