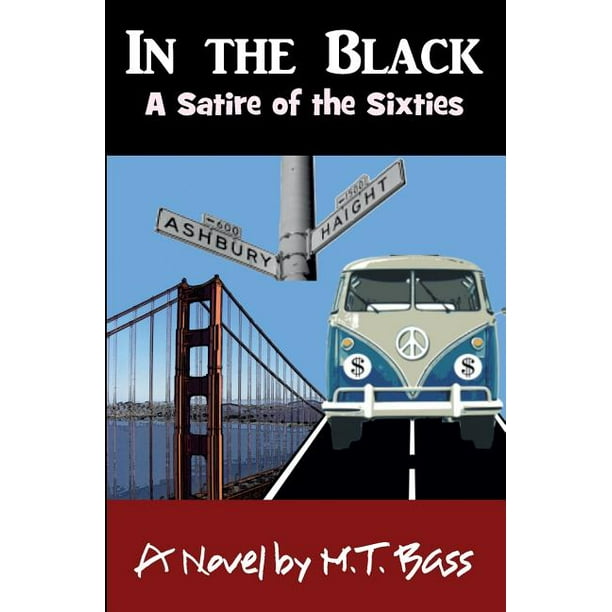 "In the Black is Ayn Rand on drugs"

"If you can remember anything about the Sixties, you weren't really there."

If ever a period in American history deserved the Catch-22 treatment, it is the decade you either love to hate or hate to love:

"The workers you saw out on the factory floor make money for me...and these learned bastards in here spend it all," Y.T., Sr. would always say as he passed through the Engineering Department when hosting a plant tour for a representative of that hallowed stalwart of capitalism known as THE CUSTOMER. "I am also of the firm conviction that there comes a time when all engineers should be shot in the head so that production can actually begin."

Y.T. Erp, Jr., on the other hand, can't wait to leave for college at the University of California, Berkeley to escape not only the work, but especially all the phlegm-brained idiots at his father's aerospace company.

Leaving behind a pregnant auburn-haired cheerleader, a sensuous red-headed siren plotting to usurp his familial ties, and his two best friends -- one who ends up in Vietnam and the other in the Weather Underground -- his "trip" on the wild side of the Generation Gap takes him from the psychedelic scene of Haight-Ashbury to the F.B.I.'s Ten Most Wanted list.

Meanwhile his father is consumed by the task of managing his unmanageable corporate team in the quest to help fulfill a President's challenge to "land a man on the moon."

"But it's the truth even if it didn't happen."