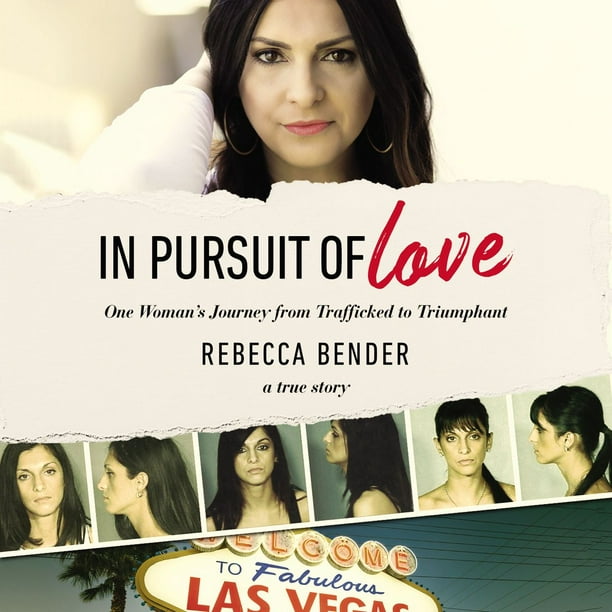 In Pursuit of Love - Audiobook

Through her own gripping story of escape from human trafficking, Rebecca Bender teaches us what trafficking in America looks like - and what we can do about it - as she reveals the light of God in even the darkest places. In Pursuit of Love is a riveting audiobook that will give you the confidence to pursue your own purpose and take you on a journey to places you never thought possible.

Born and raised in a small Oregon town, all-American girl Rebecca Bender was a varsity athlete and honor roll student with a promising future. Then a predator pretending to be her boyfriend lured her into a web of lies that sent her down a path she never imagined possible.

For nearly six years, Rebecca was sold across the underground world of sex trafficking in Las Vegas. She was branded, beaten, told when to sleep and what to wear, and traded between traffickers. Forced into a dark sisterhood, Rebecca formed bonds with her trafficker and three other women, creating a false sense of family. During that time, God began revealing himself to her. And in the midst of her exploitation, she found the hope she needed to survive.

After a federal raid, Rebecca escaped. Her life was forever changed as she felt the embrace of her heavenly Father guiding her to healing and wholeness. Rebecca soon began to use her own experiences to change the lives of others as she went back into the darkest places she had known - assisting FBI, VICE, and law enforcement across the country in some of their most difficult cases.

Through Rebecca's incredible story of redemption, we remember that our past does not have to determine our destiny.

In Pursuit of Love - Audiobook