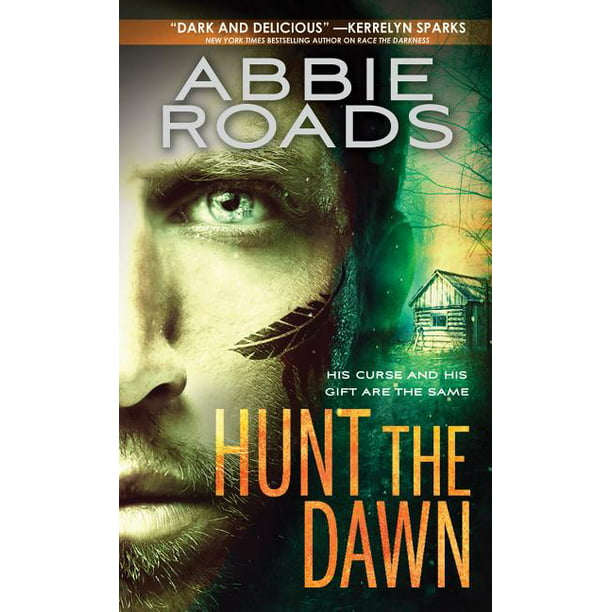 An explosive, romantic tale that's not for the faint of heart
You can't hide your secrets from Lathan Montgomery--he can read your darkest memories. And while his special abilities are invaluable in the FBI's hunt for a serial killer, he has no way to avoid the pain that brings him. Until he is drawn to courageous, down-on-her-luck Evanee Brown and finds himself able to offer her something he's never offered another human being: himself.

Nightmares are nothing new to Evanee Brown. But once she meets Lathan, they plummet into the realm of the macabre. Murder victims are reaching from beyond the grave to give Evanee evidence that could help Lathan bring a terrifying killer to justice. Together, they could forge an indomitable partnership to thwart violence, abuse, and death--if they survive the forces that seek to tear them apart.

Yet again I am left speechless after reading this authors work. I said it before, and I will say it again, Abbie Roads has the something special that takes her from being a good author to a spectacular one. Hunt the Dawn went above and beyond my expectation and amazed me with how well the mix of paranormal, suspense, thriller, and romance could all come together. Evanee Brown has nothing except her car, her job at a rundown diner, and her place at a hotel that also rents rooms by the hour. She wants to leave town and leave behind her dark and painful past but she still has ties to the town and hasn't yet worked up the courage to leave. She immediately regrets that decision one night when her past comes back to haunt her. Well, until Lathaniel Montgomery comes to her rescue that is. She doesn't know what it is but with Lathan she feels safe for the first time in forever and she doesn't want to leave that feeling. And for Lathan, Evanee makes him feel protected and while around her, his abilities aren't as out of control as usual. But being together also brings out an ability Evanee didn't know she possessed and now her dreams are becoming way too real. My heart was absolutely breaking for these characters during some parts of this book and I loved that I felt such a strong connection to both of them. Reading about Lathan and Evanee felt like I was in a dream and watching everything that was going on. I honestly don't even think I can fully describe what this reading experience was like because this book truly did suck me in and took me for one crazy ride. The story was dark and a little twisted but also amazingly sweet and romantic. I will never know how Abbie was able to pull off mixing two very different things together and put them in the same book all while having it make sense. Sure suspense and romance goes together a lot, but this was more than that. It was raw and powerful and so intriguing I never wanted it to end. I loved the mix of the paranormal in this story and it definitely added the uniqueness to it. Lathan's ability to smell memories was something I've never read about before and it was fun to have something new to explore. I found Lathan very captivating and just when I thought I knew all there was to know about him I would be proved wrong by another secret popping up. There wasn't even just one thing about him that made me like his character so much, it was just him as a whole. Evanee, for me, was a good character but I did find myself wishing that I knew more about her. I liked that she was strong and didn't run when things got weird with Lathan and his abilities. The fact that she stuck around made me like her, but as previously stated, I did want to know more about her and her past. Though how she was in the present and how she reacted to everything going on is what drew me to her character. Bottom line, Hunt the Dawn is gripping and gritty, and something you need to read. Lathan and Evanee will grab on to your heart and not let go until the very last page, and it is the best reading experience I've had all year. It was like I felt everything they felt, and even the moments I thought my heart would actually break were worth it. Even with feeling like I needed more information on Evanee, I'm giving this book five stars. It's just that good.

Lathan was an interesting man. I was intrigued by his power. I don’t think I’ve ever read anything like it and I like that it was a give and take with his power. Yes, he could see things beyond most people’s capabilities, but he suffered for it. He had to isolate himself to remain comfortable. Until Evanee helped control his power Lathan lived more with a curse than a gift. I’m glad that he had Gill to help him along and support him. Evanee had a truly horrific power. I don’t think there’s any way to see it as a gift. There’s more than mental anguish, but a terrible physical aspect to it that really makes what she experienced hit home. It added a horror element that I’m not used to reading in romantic suspense. And having to deal with that on top of her horrible family? She’s tough to have survived it all. Xander and Isleen made multiple appearances. It was nice to see them. The epilogue was perfect. A sweet and emotional end to their story.

This review is based o...

This review is based on an eARC I received from NetGalley. It is an honest and voluntary review and the advanced receipt of it in no way affected my review or rating. Dark, suspenseful and touching! A truly suspenseful read full of conflict and exquisite imagery! What I loved was the suspense mixed with a bunch of paranormal twists. You have murder victims reaching beyond the grave, Evanee Brown entering a dream state that allows gruesome items to travel from the afterlife, a crazy awesome healing connection between Evanee and Lathan, and unknown entities that are woven throughout the story. Just fantastic! In the beginning I did not enjoy the introduction to Lathan Montgomery's "special abilities." I felt that his ability was not written in a way that made it believable to me. It may not have worked for me but I am not stating that the idea was written badly just that it was really hard for me to accept as a special ability. Too far farfetched for me but even if I did not get behind his special ability I truly enjoyed the results of the ability and what it added to the overall plot. Lathan is just such a well-rounded and sympathetic character. I clearly understood his motivations and I was 100% emotionally engaged. I felt his hurt, pain and loneliness. From the start I was all in on his story. Evanee is a well-rounded character. She is believable, haunted, and just trying to make the best of a bad situation. With that said I just felt 'meh' about her. I just did not find her interesting enough to engage me emotionally which is weird because with her background I should have. I just think that she was a bit too static, there were few significant changes to her overall character for me. I did love her psychic dream abilities though, that was freaking awesome. When Evanee and Lathan come together is when Evanee starts to really entertain me. Together they are like ro and mance. There are some sexy times in this story but more than anything it is about a healing love. These are two severely broken people who need a deep healing. Such a sweet touch of romance between these characters. Loved it! This book is part of a duology with the first installment being Race the Darkness. There are many tie-backs to the first book throughout the course of this story, including appearances of characters from the first story. With that said do not think that you will need to read the first book in order to enjoy this one. There is enough background information from the previous book to support the inclusion of the characters. In addition, this story has its own unique plot that is not reliant on a build-up from Race the Darkness. I recommend not only this book but the series. *Thank you to NetGalley & Sourcebooks Casablanca for this eARC of Hunt the Dawn*