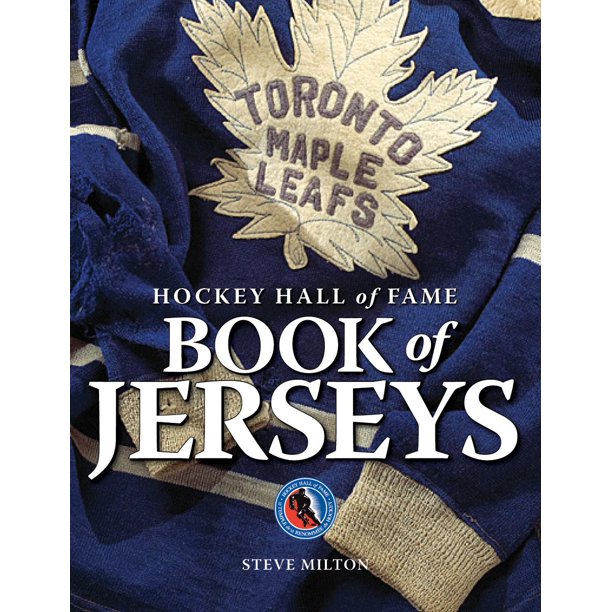 The brand-new, never-before-seen photographs of each jersey are paired with in-game action images and player profiles detailing the significance of the jersey and the impact of the player on the league.

The selection of more than 100 jerseys from star players ranges from the rare and seldom seen, like Hall of Famer Rod Langway's high school championship jersey, to the most famous of garments, like the No. 9 of Montreal Canadiens' star Maurice the Rocket Richard.

Hockey fans will be thrilled with this collection and will enjoy the crests, patches, logos, colors, and designs -- not to mention the game-worn wear-and-tear -- of hockey's most distinguishing feature. As an addition to the jerseys of hockey's superstars, readers will be treated to a selection of some of the most unique and rare jerseys from around the hockey world, like Bob Gainey's Epinal Squirrels jersey from the France pro league, or the 1939 Cambridge University Ice Hockey Club sweater worn by captain Geoffrey Hallowes.

A few of the players and jerseys featured are:

Hockey Hall of Fame Book of Jerseys is a fantastic examination of hockey's most enduing symbol and is the only book on the subject.