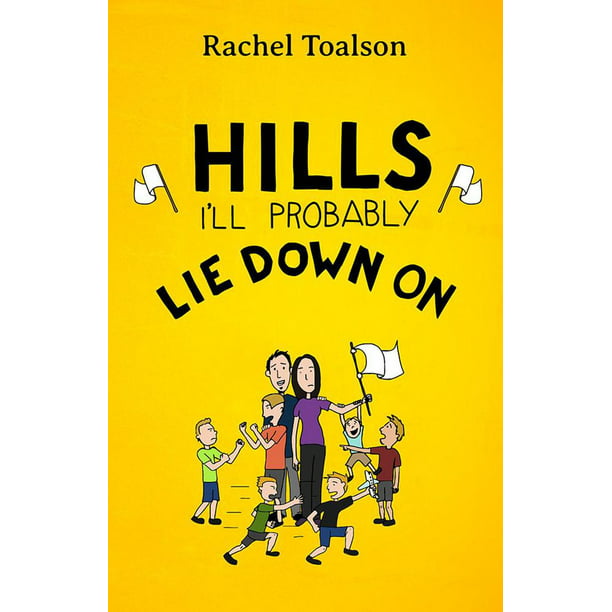 It's sage advice. But most parents, before becoming parents, don't have a clue just how many battles kids will place in front of them with seemingly endless energy to engage. Choose your battles becomes a life-saving measure when one has kids. Knowing when to stand your ground and when to lie down is imperative in the face of such admirable yet aggravating persistence.

From the voice behind the popular Crash Test Parents blog comes a brand new collection of comical essays about the challenges and joys of parenting. With measured wit and eloquence, Rachel exposes the universal challenges of leaving the house with kids, traveling with kids, putting kids to bed, eating with kids, and, largely, daily life lived with kids.

Hills I'll Probably Lie Down On includes hilarious and entertaining essays like:

10 Things You'll Give Up When You Become a ParentSurprise! We're Doing the Same Thing We Did Last Night!Why I'm a Parent Who Doesn't CareHoarders: Kids EditionThis is Every Family Dinner You've Ever HadWhy Does My Towel Smell Like Butt?How to Parent: In 39 Confusing StepsDear Concerned Reader: Wouldn't You Like to Know

Hailed as "The Erma Bombeck of a new generation of parents," Rachel's fourth full-length book of humor essays in the Crash Test Parents series will cure every parent's reluctance to say: These are the hills we won't die on.

Rachel is the wife of one man and the mother of six young boys who daily give her inspiration for comical essays. Her work can often be seen on Huff Post Parents, Scary Mommy, Babble, and Motherly. She lives with all her males in San Antonio, Texas.