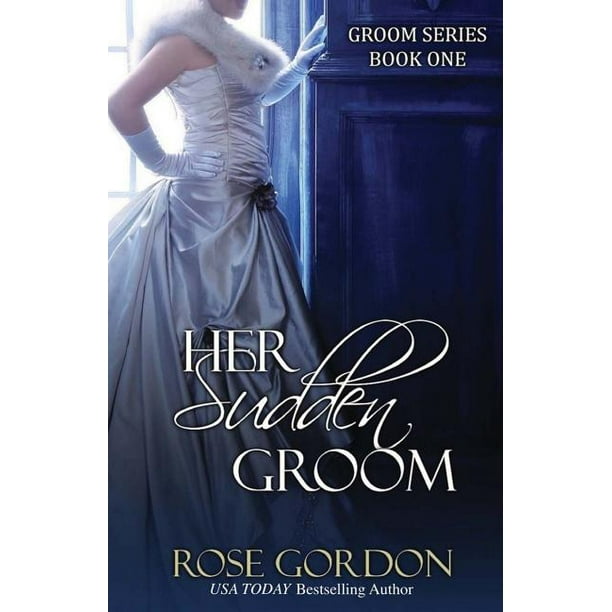 We aim to show you accurate product information. Manufacturers, suppliers and others provide what you see here, and we have not verified it.
The overly scientific, always respectable, and socially awkward Alexander Banks has just been informed his name resides on a betrothal agreement right above the name of the worst chit in all of England. With a loophole that allows him to marry another without consequence before the thirtieth anniversary of his birth, he has only four weeks to find another woman and make her his wife. Being the logical scientist he is, Alex decides to take his friend's advice and treat his quest for a bride just like a science experiment... Caroline Sinclair is still trying to scrape her jaw off the floor after hearing her cousin, Lady Olivia's, latest announcement when the object of their conversation, Alex Banks, Olivia's intended, arrives for what Caroline assumes is a bout of drawing room chitchat with his betrothed. But when an experiment is mentioned, Caroline, who cannot resist a science experiment any more than she can deny her lungs air, volunteers to help before she even knows what his latest experiment is!

This is an enjoyable r...

This is an enjoyable read. The greatest thing about it are the characters. I've read a lot of Regency romance, and I've yet to come across a male lead quite like Alex. He's not a rake, he isn't charming, and he doesn't have much romantic experience to speak of. He's the perfect gentleman, but he'd much rather discuss scientific subjects than dance with silly debutantes. His behavior has earned him the nickname "Arid Alex." A month before his thirtieth birthday, he finds out about a marriage contract that has him bound to a horrid creature named Lady Olivia. She's plump, has terrible fashion taste, is loud and stupid, and is mean-spirited to boot. Imagine his delight when an addendum is revealed. He may walk away from the marriage contract if he marries another before his birthday. While a rake may be able to woo and wed a lady within a month, Alex is doubtful he possesses such skill. A friend recommends Caroline, Olivia's science-minded cousin. Caroline is intelligent and lovely, and she possesses all the traits her cousin lacks. What's a man without a romantic bone in his body to do? Everything before the wedding was absolutely perfect. Alex is wonderfully obtuse, and it is very entertaining to watch him attempt to woo a woman for the first time. Caroline is sensible and kind, and I was so glad to see her "win" over the hateful Olivia. Their courtship was at times hilarious and romantic at others, but always entertaining. Unfortunately...things declined steeply after the wedding. These characters who are so obsessed with scientific proof fall for a tragic misunderstanding. A few events happen, and the two never discuss them, leading the other party to make wrong assumptions that create conflict where one is not necessary. This is where it all fell apart for me. The first half was so entertaining and refreshing--a different take on a Regency romance than I had previously seen--and then it fell into a formulaic pattern: misunderstanding, hurt feelings, lashing out in anger, distance from each other, thinking the relationship is over and then a sudden visitor brings out the truth, character apologizes, other character accepts, and they live happily ever after. These two characters seem much smarter than this. Not every romance has to experience a major conflict. It was nice just watching Alex and Caroline interact, and the story of her past added enough drama and mystery to balance the sweetness of their relationship. Had this been a novella which stopped at the wedding (maybe with a tantalizing Epilogue), I'd have rated it 4 or 5 stars.

3.5 out of 5 stars, it was a cute story and I liked the plot but I wish it held my attention more then it did.

I was displeased with ...

I was displeased with the references to sexual organs in the book and I felt that it was very distasteful. While the main plot of the book was fine and the characters supported each other well enough, I rated it two stars due to my discomfort with the sexual terms. This will tell me to think twice before picking up another Rose Gordon novel!

I got this as part of a collection of Regencies. I hoped to find new authors to read. Sadly, I didn't really enjoy the book for far too many reasons and won't be adding any of its sequels. I actually liked the two main characters, but the author suddenly had these two scientifically minded people make drastic assumptions that made no sense. I didn't find it believable. Lady Olivia is nearly a caricature of meanness, rudeness, and bad temper without one redeeming characteristic. I found it distasteful that the author added in overweight as though that made her sins complete. There were far too many coincidences to have a chance of me suspending disbelief. The attitudes of the characters seemed to be modern in tone, jarring me out of the period. Had the book ended with the wedding, making it a short novella, I think I would have liked it more. Do be aware there's a pretty good amount of thoroughly described sex. Who would like this book? Someone who likes historical romances and doesn't mind the types of problems I mentioned.