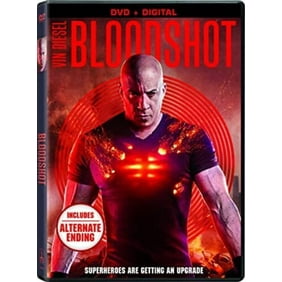 We aim to show you accurate product information. Manufacturers, suppliers and others provide what you see here, and we have not verified it.
Jesus is a New York hippie in a sweatshirt in this version of the Gospel according to St. Matthew.Godspell (DVD)

What an uplifting and joyful presentation. Guaranteed to lift your spirits and drag you out of depression. It reminds me of the hope we have in Christ and pushes all our troubles into the background. It is magnificent.

Fun-filled fun with a familiar story!

Godspell i s afun and family friendly movie based on the musical "Godspell" about the life of Jesus from the Gospel of Matthew, but told in a modern-day setting well, 1970's anyway). Great music great energy!

This movie is a wonderful shot-in-the-arm to any Christian. A brilliant combination of truth and fiction, the movie puts Jesus Christ in 1970s-era New York City and chronicles His way as He teaches modern disciples the Word of the Lord. Did I mention it's also a musical? Great songs, originally written for the stage, round out a fantastic theatrical experience. Its most famous song is probably "Day by Day," the ballad adopted by hippy love children later in the 70s, but all the songs in this movie are spiritually moving and many will make you move your feet, too. Ooh! Plus, fans of tv's Alias will love the fact that Victor Garber, the father of Jennifer Garner's character, gives his first big screen appearance, here, singing his way into hearts, everywhere, as the Jesus character.

At last I have it!

Godspell was a GREAT film from back in the 70's, sa well as a Off and ON Broadway show. I have been trying to find the film for 30+ years. It shows the World Trade Center just before it opened. Godspell played an important role in my Christian walk and I am happy to finally have a copy.

MOVIE IS FAMILY FRIENDLY AND HAS WONDERFUL MUSIC AND A GOOD LEARNING TOOL FOR CHRISTIANS AND NON-CHRISTIANS.