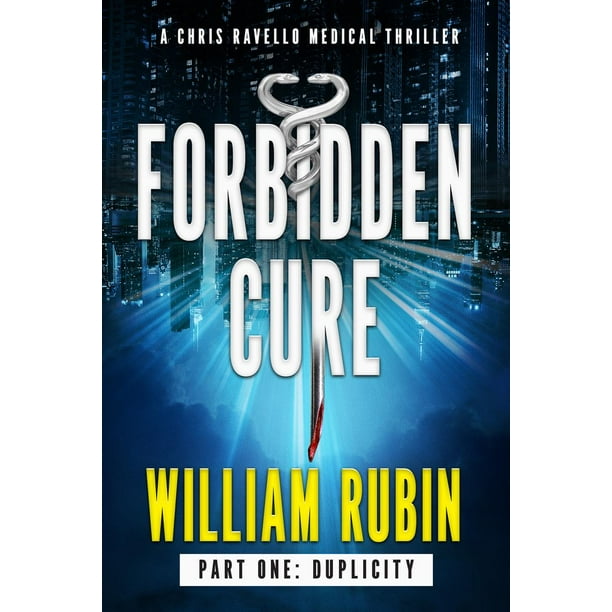 In the wake of his beloved wife’s death, Detective Chris Ravello’s life is in shambles. Overwhelmed by grief and dogged by an unrelenting, devastating disease, Chris abruptly resigns as the NYPD’s Chief of the Division of Medical Crimes.

But his hopes for a healthier, less-troubled life are short-lived.

A harrowing near-death experience forces Chris to submit to a series of risky, ill-advised, and experimental treatments that will either cure him or kill him.

Just when all seems lost, hope comes from the unlikeliest of sources – an old nemesis making incredible claims:
Michelle Ravello is alive and he can lead the detectives to her and their killer.

But can Kennedy and Ravello trust one sociopath to catch another? And what is the terrible price they must pay for his cooperation?

Our Chief of Medical C...

Our Chief of Medical Crime Investigations of the NYPD, Dr. Chris Ravello, has, himself, fallen victim to a dread disease...pheochromocytoma, a potentially fatal adrenal gland tumor. Treatment is symptomatic; but Ravello's doctor may know of an experimental custom made drug that may, in some cases, effect a cure. The problem is the cure, once administered, either cures...or kills. There is no middle ground. However, Ravello's condition is worsening; he has no choice but to risk taking the experimental treatment. The same researcher who developed Ravello's treatment also developed a rheumatoid arthritis regimen for a crippled Russian piano teacher. The treatment appears to have killed her. However, her death investigation is clouded by the inexperience of Ravello's NYPD replacement and a game of industrial espionage between two competing drug researchers. In any event, there is much more resting on Chris Ravello's experimental treatment than meets the eye. Forbidden Birth, an earlier work by William Rubin introduced me to the character of Dr. Chris Ravello. Forbidden Birth turned out to be a mesmerizing, although somewhat creepy book; and Revallo, a unique if only marginally believable character. As a reader familiar with Revallo, I am concerned with his illness. As a lover of action mystery novels, I'm concerned with the spector of industrial espionage and competition raising its ugly head in Forbidden Cure. However, Forbidden Cure is part of a serial series and at forty-five pages in length is just enough to sharpen a reader's interest before dropping him into the abyss of having to buy the next book. Bah! Humbug! I generally refuse to review serial series books just for that reason; and just for that reason I have given Forbidden Cure three stars. I added a half star for the quality of writing and the future potential of the overall story. Put the whole story together in one book and it could easily rate five stars. Three and a half stars. This book was provided free by the author in hopes of receiving an honest review. The above review represents my honest opinion of the book.

Reviewed by CPolk625CPolk625
Written by a librarything.com customer.
Helpful?