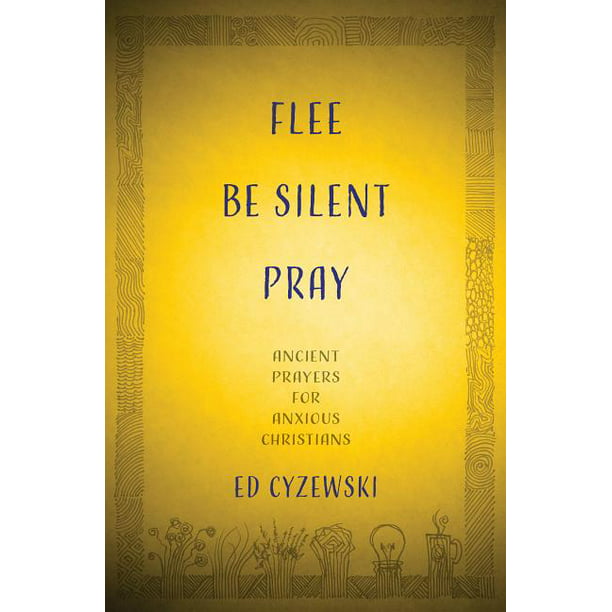 What if prayer could be simple rather than strenuous?

Anxious, results-driven Christians can never pray enough, serve enough, or study enough. But what if God is calling us not to frenzied activity but to a simple spiritual encounter? What if we must merely receive what God has already given us?

In Flee, Be Silent, Pray, writer and contemplative retreat leader Ed Cyzewski guides readers out of the anxiety factory of contemporary Christianity and toward a God whose love astounds those quiet long enough to receive it. With helpful guidance into solitude, contemplative prayer, and practices such as lectio divina and the Examen, Cyzewski guides readers toward the Christ whose yoke is easy and whose burden is light.

Ready to shed the fear of the false self and the exhaustion of a duty-driven faith? Flee. Be silent. Pray.

An exhortation for eva...

An exhortation for evangelicals/conservative Christians to discover the ancient spiritual practices of contemplative prayer delivered by means of the author's personal story. The author explains how he began life as a Catholic, strongly converted to evangelical Christianity, and re-discovered some Catholic meditative and devotional practices during a time of great spiritual distress. Most of the book features discussions of various spiritual practices surrounding contemplative prayer: the divine hours (fixed hour prayer), effective use of the examen, mindfulness centering on God in Christ, daily periods of solitude and the ability to appreciate what silence teaches, and the experience of the dark night of the soul. Beyond such discussions the book is framed as a critique of evangelicalism as currently practiced, highly anxious, works-based and driven, relentlessly pressing forward, too easily reflecting the capitalistic and consumeristic models of the moment. The author speaks of these things in terms of his own personal experience, and goes to some length to assure the reader that he is not automatically condemning all that is in evangelicalism or its impulses, but seeks to be an encouragement for others who may, like him, have found themselves disenchanted and in great spiritual distress and who would benefit from these prayer traditions. In general the book is a valuable resource; unlike a lot of other authors who write on the theme, Cyzewski is willing to provide some pointers for practice and to explain not only what he did in generalities but providing actual practices, references, and resources. I have read similar works and have wanted to explore the practices but felt disappointed by a lack of concrete direction. I would not consider myself an Evangelical but my heritage shares many affinities with evangelicalism, and to some degree I can relate to the author's frustrations if not his exact experiences. Throughout my nearly 20 years in Christ I have felt more than catechized in doctrine but have felt at a loss in terms of developing an effectively coherent prayer life...it is good to see someone else's journey that provides some beneficial pointers, and I am already benefited by having been pointed to the Examen along with the divine hours (which I have been doing, although not as consistently as desired, for almost a decade). I perceived a bit of unease from the author at various points about his practices and conclusions, as if he still did not feel entirely settled and maintained doctrinal combatants in mind, and felt he would have done better at times to have maintained the confidence and boldness in his current stand. It shall be seen as to how well many Evangelicals will take to his criticisms of the movement in general even if they are not wide of the mark. I would also caution against the seemingly uncritical acceptance of the model of those who came before, especially among the "desert fathers." The "desert fathers" arose from their own context, a reactive movement, which may provide some positive fodder for spirituality but also maintained a legacy that was a bit too extreme for its own good. Yes, indeed, Jesus retreated into the wilderness to pray...but He always returned to minister among the people. Having said that, the likelihood of many running to such an extreme is far lower than the presently critical need for many in Christendom to flee for a moment, be silent, and pray. A highly recommended work. 2019 addition: the work has gone through an expansion and a more "official" publication. It would be hard to parse out what has been added from what was already there, but the work coheres better, provides greater grounding and resources, and is all the more beneficial and worthwhile for consideration. **--updated edition galley received as part of early review program