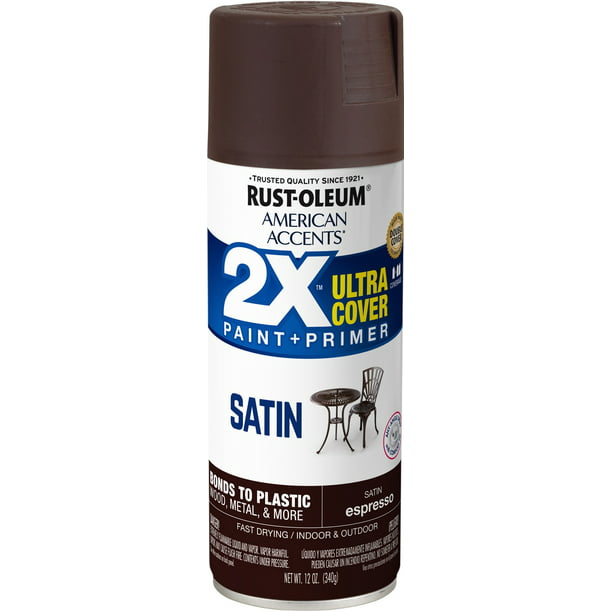 We aim to show you accurate product information. Manufacturers, suppliers and others provide what you see here, and we have not verified it.
Rust-Oleum American Accents 2X Ultra Cover Spray Paint provides superb coverage allowing you to complete your projects in less time. Advanced Cover Technology provides ultimate hiding power in a single pass and offers long-lasting protection and durability. Paint is fast-drying and can be used in both interior and exterior environments on wood, metal, plastic and more. Specially designed comfort spray tip reduces finger fatigue and sprays from any angle - even upside down for hard to reach areas.

What others said when purchasing this item
Praying its the right color.. I'm paying $9.99 monthly for del , I guess that's only for groceries.
Charlesetta, purchased on October 10, 2020
To paint with
DeEtte, purchased on September 10, 2020

I buy this every year to touch up my metal lawn chairs and table. Keeps them looking new. I have no complaints about this paint.

Great Stuff... Won't Use Anything Else.

This paint is awesome. Coverage is great and it has a deeper shine and color than any other paint I have used. Two thumbs up!

I used this on patio chairs and chain length fence. it goes on smooth and looks great, also the larger spray top is easy on the fingers.