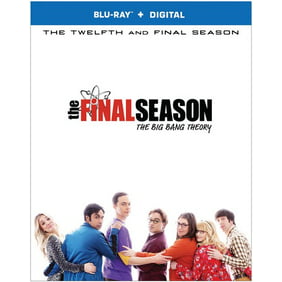 We aim to show you accurate product information. Manufacturers, suppliers and others provide what you see here, and we have not verified it.
ESPN Films: 30 for 30 Collector's Set includes the complete collection of films from the ESPN award-winning 30 for 30 series. Featuring a remarkable group of directors from Academy Award-winners Barry Levinson and Barbara Kopple to Academy Award-nominees John Singleton, Steve James, Ron Shelton, as well as two-time MVP Steve Nash and legendary rapper Ice Cube, each filmmaker provides their unique perspective to some of the most extraordinary sports stories in the last 30 years. Time Magazine applauds this thrilling collection and the Los Angeles Times calls them some of the best films of 2010. Several films were official selections by the Cannes, Sundance, Toronto and Tribeca Film Festivals. The 6 disc set includes all 30 films from the series: Kings Ransom, the Band That Wouldn't Die, Small Potatoes: Who Killed the USFL?, Muhammad & Larry, Without Bias, the Legend of Jimmy the Greek, the U, Winning Time: Reggie Miller vs. The New York Knicks, Guru of Go, No Crossover: The Trial of Allen Iverson, Silly Little Game, Run Ricky Run, the 16th Man, Straight Outta L.A., June 17th, 1994, the Two Escobars, the Birth of Big Air, Jordan Rides the Bus, Little Big Men, One Night in Vegas, Unmatched, the House of Steinbrenner, Into the Wind, Four Days in October, Once Brothers, Tim Richmond: To the Limit, Fernando Nation, Marion Jones: Press Pause, the Best That Never Was and Pony Excess. Includes over 5 hours of bonus features.Espn Films 30 for 30 (Blu-ray)

30 documentaries for such a low price is a no brainer. Comes with 6 discs. All 6 of the discs that I ordered from Walmart worked. That is of note because of previous problems with discs from Best Buy. I've also noticed reviewers on Amazon had issues with faulty discs. Great films, solid video and audio. Much of the footage is old, but not bad quality.

I wanted to get this for a long time and i'm glad I finally did. Blue Ray kicks it up a bit and walmart had it for a fair price. If you like sports you'll love this. The stories are interesting and very well done. The one thing that I read in other reviews is that a lot of people were having trouble with the disks not playing. I've never had a problem with my blue ray player but my discs wouldn't play. I was going to return them but decided to try a firmware upgrade first. Well, thats all it took. The disks play just fine, so if you have trouble try it before you return them. It's worth the effort.

The movies are excellent. When I shipped the product to the store and pick it up. the cover was broken, fortunately the disk were not broken.

product was low quality and defective

i ordered espn 30 for 30 in blu ray, quality of blu ray picture was poor. it was also defective as it stopped playing several shows had to fast forward & miss parts which defeats the purpose of purchase

If you would like to share feedback with us about pricing, delivery or other customer service issues, please contact customer service directly.
1-1 of 1 questions
by firblogNovember 6, 2012