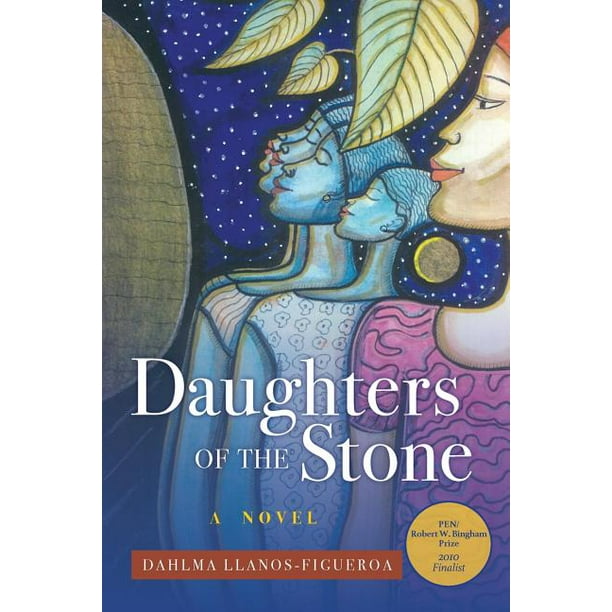 Daughters of the Stone

We aim to show you accurate product information. Manufacturers, suppliers and others provide what you see here, and we have not verified it.
Daughters of the Stone follows the lives of five generations of Afro-Puerto Rican women focusing on the legacy passed from one generation to the next. How does each generation deal with that legacy given changing environments, culture? What legacy does a woman who owns nothing, not even her own body, leave for her daughter?

A lyrical powerful novel about a family of Afro-Puerto Rican women spanning five generations, detailing their physical and spiritual journey from the Old World to the New.

It is the mid-1800s. Fela, taken from Africa, is working at her second sugar plantation in colonial Puerto Rico, where her mistress is only too happy to benefit from her impressive embroidery skills. But Fela has a secret. Before she and her husband were separated and sold into slavery, they performed a tribal ceremony in which they poured the essence of their unborn child into a very special stone. Fela keeps the stone with her, waiting for the chance to finish what she started. When the plantation owner approaches her, Fela sees a better opportunity for her child, and allows the man to act out his desire. Such is the beginning of a line of daughters connected by their intense love for one another, and the stories of a lost land.

Mati, a powerful healer and noted craftswoman, is grounded in a life that is disappearing in a quickly changing world.

Concha, unsure of her place, doesn't realize the price she will pay for rejecting her past.

Elena, modern and educated, tries to navigate between two cultures, moving to New York, where she struggles to keep her family together.

Carisa turns to the past for wisdom and strength when her life in New York falls apart.

The stone becomes meaningful to each of the women, pulling them through times of crisis. Dahlma Llanos-Figueroa shows great skill and warmth in the telling of this heartbreaking, inspirational story about mothers and daughters, and the ways in which they hurt and save one another.