Or get it by Mon, Aug 17 with faster delivery 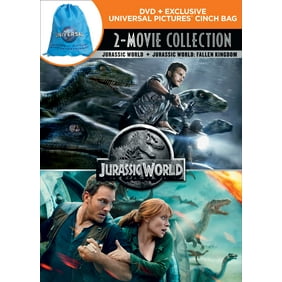 We aim to show you accurate product information. Manufacturers, suppliers and others provide what you see here, and we have not verified it.
Contest (DVD)

An entertaining film for the whole family

I saw this film at the Mill Valley Film Festival and I'm ordering gift copies for friends and family. It's a well-crafted, well-acted, and well-produced film about bullying that I think kids will actually enjoy watching. The nuanced story features some very appealing and talented young actors. An entertaining film for the family to watch together with a positive and important message.

Great for the whole family!

I loved watching this movie with my family. My kids really liked it. They loved the characters and the story. The music was great! We were surprised at all the extra features included with the DVD.

Contest: Powerful messages for many audiences!

This is an extremely well- written movie that sends powerful messages about bullying, family love, and friendship. CONTEST does a terrific job presenting an anti-bully message in a way that audiences of all ages can related to. A wonderful and talented cast who portray the characters they play in a way that engages the audience throughout the twists and turns of the story. Tommy's grandmother,a quiet yet strong woman, is a wonderful role model of love, simplicity, and forgiveness. CONTEST was truly an enjoyable and well done movie in all respects (i.e. writing, acting, and the unique way the anti -bullying and other messages are portrayed).

The most successful anti-bullying film--no contest

Anyone who has attended public school in the last 20 years is quite familiar with the sort of anti-bullying films students are generally forced to watch: three or four teenagers in an arcade/public library/[insert location no modern teenager would ever go to here], wearing clothes that were in fashion for about 10 minutes in 1986, unsuccessfully attempt to suppress Canadian accents while a stiff narrator asks the audience what they would do in the situation. Ironically, the actors in these movies are possibly the most retroactively bullied teens of all time, as students are unable to resist mocking poorly-delivered chestnuts like, "Give me your lunch money, eh." Contest isn't one of those movies. This is a well-acted, humorous, and thought-provoking film that manages to make its message apparent without sacrificing the story. Self-reliant Tommy is forced to collaborate with the intimidating Matt for a cooking contest, but the stakes go way beyond cuisine--Tommy is convinced that Matt has an ulterior motive, and he's not wrong. In fact, there are multiple layers to Matt's involvement, and double-crossing is the biggest dish on the menu. The duo's relationship evolves naturally, and not always in a positive direction, thanks to a combination of Matt's continued desire to impress his cronies and please his devious older brother, and Tommy's inability to fully trust his former tormentor. The ultimate outcome probably won't come as a surprise to viewers, but even towards the end of the film, there are enough twists and turns to keep things exciting. Of course, the mission of a movie like this is probably more about stemming discussion rather than merely trying to entertain. Fortunately, Contest manages to do both, especially since all teens should easily find traces of themselves in one or more characters. In a genre that often comes across as cheesy and forced, this is a rare movie that could actually make a real impact on its audience.

A talented ensemble of teens portrays the effects of bullying and show that, through understanding and getting to know one another, people can develop empathy and maturity. I watched this with my grandkids and they thoroughly got the message and enjoyed the movie.