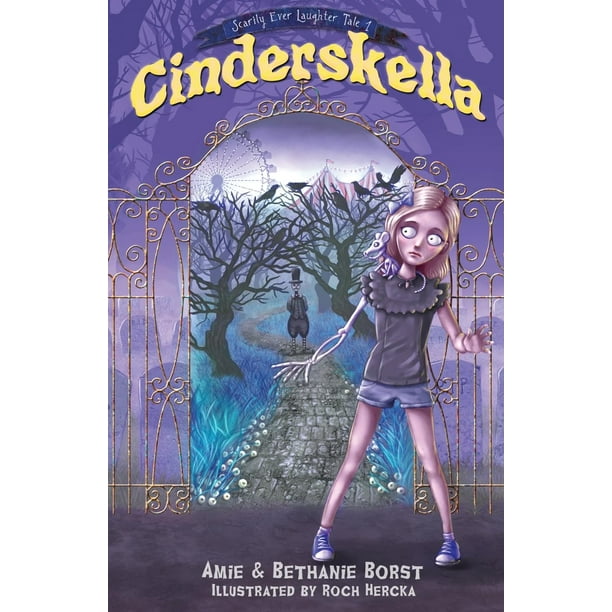 Middle school is scary. So are skeleton girls.
To win at both, you've got to put some skin in the game.

Cindy might appear to be your average twelve year old, but since her mother's death she has a secret. Every night she turns into a boney, white skeleton.

As if that wasn't bad enough, Cindy's dad is afraid of her. She has an evil stepmother who makes her do crazy chores, some of them with a toothbrush. And then there's the werewolf with intentions of making Cindy his midnight snack.

The Spring Fling dance is fast approaching and Ethan, the cutest boy in sixth grade, doesn't seem to know Cindy exists. She doesn't think letting Ethan know she's a cursed skeleton-girl is the best way to introduce herself. Determined to break the curse, Cindy travels to the Underworld where things aren't quite what they seem, including Mr. Death, the strange and creepy undertaker.

With a jar of pickled pig's feet, a wacky fortuneteller, and a cranky skeleton mouse, Cindy is afraid this curse has really gotten under her skin.