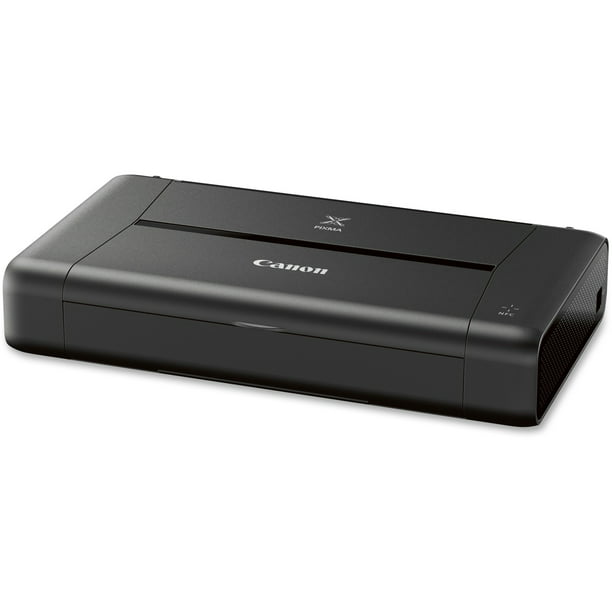 We aim to show you accurate product information. Manufacturers, suppliers and others provide what you see here, and we have not verified it.
Canon iP110 Wireless Printer 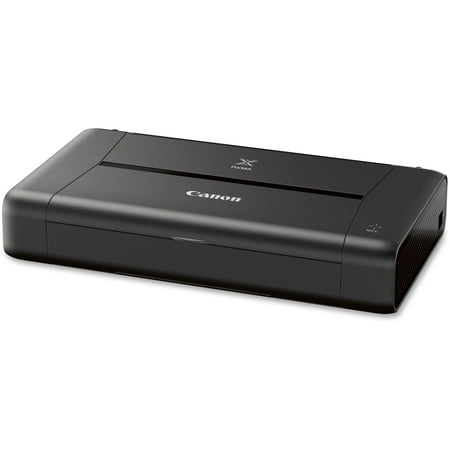 What others said when purchasing this item
Highly needed a portable printer in times working from home.
Yarixabeth, purchased on May 9, 2020

I love my pixima. I had the previous model but it was not wifi and when I updated my Mac to Catalina Canon did not have a driver to support it. It was 8 years old. I don't use the wifi option on the printer as we are in an RV and just have minimal internet as we travel. We just need occasional printing and want to be able to plug in the printer and print. I hope they come out with a driver for the older pixima so we have a back up.

I have used these small, portable printers for years with my job. The color and black/white print quality is excellent and I am not required to constantly change ink cartridges.

This is a great printer for use on the road. I needed to be able to print from my iPhone while I was in my truck, This printer does the job compact and light weight

Excellent product, might take a little tinkering to get the direct wireless functionality but a good buy nevertheless.

I bought this printer to replace my previous cannon portable printer. It already has one problem that bugs me it only has one problems that bugs me. It turns itself off after a period of time I don’t use it on a daily basis but when I get Rady used it I have to turn it on and wait for to warm up. It makes a short print job into a long print job it makes a short print jobs into a long print job.

Error Codes and no support

I have had this about a year. Use it in my RV. When it prints, it's great. But started throwing a code two months ago. Talked with Tech support. They walked me through a reset, but said usually that code is very bad. It worked fine after the reset. Then the next time I went to print, it threw the code again. I could not get it to reset. CANNOT GET ANY TECHNICAL SUPPORT NOW. Will not buy Canon again.

Compact, But Not Good for Mobile Office Out of Box

I bought this printer as it is compact and advertised as being functional for a mobile office. It is "wireless", but only in a location where one has their own router. It does not have bluetooth. One cannot connect to it directly. So, when one is not at home one needs a USB printer cable. However, a USB printer cable was not included with the printer. Instead of being a plug and play device, a CD Rom disc is sent with the computer for set up. My computer does not have a CD Rom port so I hunted online for drivers. Once I had the drivers loaded it took many attempts (more than several) and a couple of hours of work to get my network to find the printer. The printer has the capacity to have a battery, but I had to purchase the battery separately. I have had the computer a couple of days, but have yet been unable to use it as my mobile office since I need to still go out and buy a USB cable and install the battery. I am currently looking to see if I can convert this printer into a bluetooth printer, but it is not looking good. I hear the previous version was bluetooth compatible. I have provided this rating before printing, which so I may give a follow up review.

Terrible from day one! Difficult to sync with computer and Wi-Fi also Bluetooth. This printer is not worth the effort. The only good thing is it size. Right where it should be! In the trash!

This printer never stays connected to my computer. I'm pretty tech savvy and every time I go to use this printer I have to call customer service to set it up again. Every time I think I've figured it out, there's another issue. It does not work in the convenient way you would expect for a wireless portable printer. I'm fed up!

1. This printer can use a car’s battery as a power source however you would need a car power inverter.
by CommunityAnswer
Helpful?
1 Answer

1. Yes, you can print from your hotspot off of a iPad or iPhone.
by CommunityAnswer
Helpful?
1 Answer