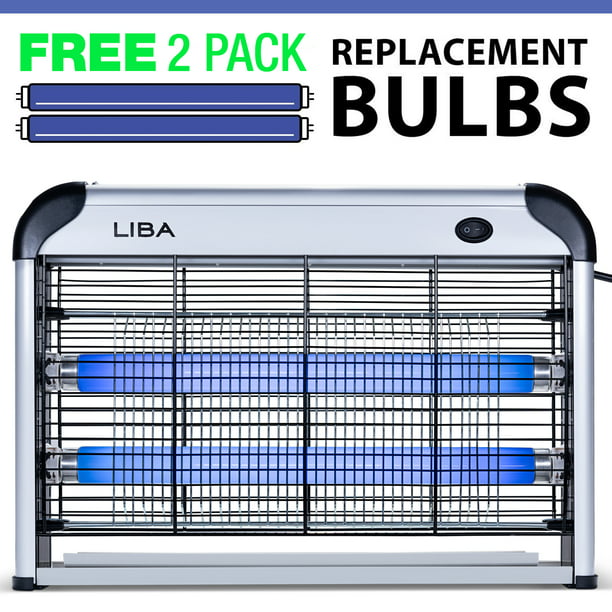 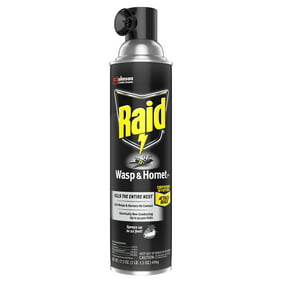 We aim to show you accurate product information. Manufacturers, suppliers and others provide what you see here, and we have not verified it.
Natural and Effective Pest Control Has Never Been Easier
You?re tired of fighting off flying insects and swatting flies. Chemical pest control is not only expensive, but extremely dangerous for your health, too.
Stop using costly chemical products and inhaling toxic fumes and volatile particles that lodge themselves in your airways and silently damage them.
It?s time you took the best, natural approach to pest control.
LiBa?s Electric Indoor Bug Zapper Is Your Best Choice For Chemical-Free Insect Elimination
Invest wisely by purchasing a powerful pest control tool that is made to last you for many years to come.
It features:
This smart insect zapper requires NO maintenance other than keeping its collection tray clean. Simply install it and save your peace of mind, knowing that no harmful bug is going to come near you!
A Versatile Pest Control Tool
Whether hanged by a wall or placed on a flat surface, this powerful insect zapper is the best means to eliminate pesky flying critters in all indoor spaces.
Purchase Your Own Insect And Eliminate All Pestering Insects Now!
What are you waiting for, then?
Click Add To Cart Now Before We Run Out Of Stock!

I put this bug zapper, which I've hung from my kitchen ceiling by the back door, is so great. The mosquito population in my house has gone down by 80 percent. I have 4 sliding glass doors and anytime we open one it's like an invite for bugs. It only takes a few minutes to warm up and then ZAP. Only issue I've had is that it is a little loud when it zaps the bugs. Easy to clean so I don't have to touch the bug carcasas.

I haven't gotten a chance to fully use this electric bug zapper because it still cold where I live. This will come in sooo handy during the warmer months when all the annoying insects come out, flies, mosquitoes, moths etc. It comes with 2 replacement bulbs that help to attract insects. I can't wait to use it and update my review.

does what it's supposed to do

First of all, it's really hard to get the plug unnested from inside this device when you first open the box. The trick to it turns out to be taking the bottom tray out, and then lifting the metal grate (there's a spring that allows you to do this) and pulling the plug out. You have to be really gentle with it, though, or risk breaking something on the device.

Besides that, though, I really love this! Prior to this, I had a cheap $5 mosquito trapper that used blue LEDs to attract mosquitos then sucked them into a small fan. It worked well for what it was, but I had to place it near the front door for any mosquitos to even NOTICE it enough to go in it. That's not the same case with this bug zapper at all. I placed it near the front door, but with the way our home is designed, I couldn't really put it somewhere noticeable near the front door unless I hung it. It comes with a chain to hang it, but I didn't have any hooks. So I placed it on the floor, kind of near the front door but still out of sight for any bugs coming in. Despite that, this device has zapped a LOT of bugs. Bugs I wasn't even AWARE were around. I thought it may not work out very well since it's still cold here, but WOW.

This emits a bright blue light that really does attract bugs from where ever they are, so it doesn't even really need to be in sight to work. In my case, it's behind the couch and a wall near the door, and it's still doing an awesome job at attracting them. You hear a loud POP every time it zaps a bug. The only real complaint I have about this is that the tray at the bottom doesn't catch them all. The electric jolt they get evidently sends them flying outside the perimeter of the device and its tray, so I have been having to clean up a lot of dead bugs surrounding it. I can't really blame the manufacturer for that, though... they would have to make the bottom tray way bigger than the device to really combat that.

We have a cat, and so far the metal bars have kept him from getting himself zapped.

It should be noted that this doesn't produce any heat, just light. So it's completely safe to leave it plugged in while you're away.

This zapper works well and efficiently killing most flying creatures. It has a very bright light which attracts them but seems to work best at night or when it's dark in the room. The noise is a little too loud for my taste but there is something nice about hearing those flies and mosquitoes get killed. It has a hanging chain so you can hang it on the wall or put it on the floor. The bug catching tray seems to be a little loose and fell off a few times when we tried to hang it. Overall it's a good product for pest control and you get a nightlight at the same time.

Indoor electric bug zapper by Liba measures 10 inches tall, 15 inches wide and 3 inches deep. It has two bulbs that emit blue light that seems to attract insects. On one side of the bulbs there is a grid that zaps the bug once it comes close enough. The bulbs and the grid are enclosed in protective wire cage to prevent accidental contact with charged parts of the zapper. The zapper comes in a box ready to use, all you have to do is plug it in and turn the ON/OFF button ON. Two replacement bulbs are also included. There is removable collection trey on the bottom of the zapper where eliminated insects will fall and collect. Very easy to wipe clean. I have house plants and fruit flies tend to be a problem pretty much any time of the year where I live. We tried all kinds of solutions before and none would have lasting effects. Liba's zapper really works. I cannot believe how many of those little critters were living in my house thus far. I absolutely love that zapper but I must warn you that when an insect comes in contact with electric grid the zapping sound is loud, very loud, like a snap of the whip and it is startling at first. I still believe it is worth it to have an insect free house without chemicals.

1. Yes, the item will work on fleas .
by CommunityAnswer
1 Answer