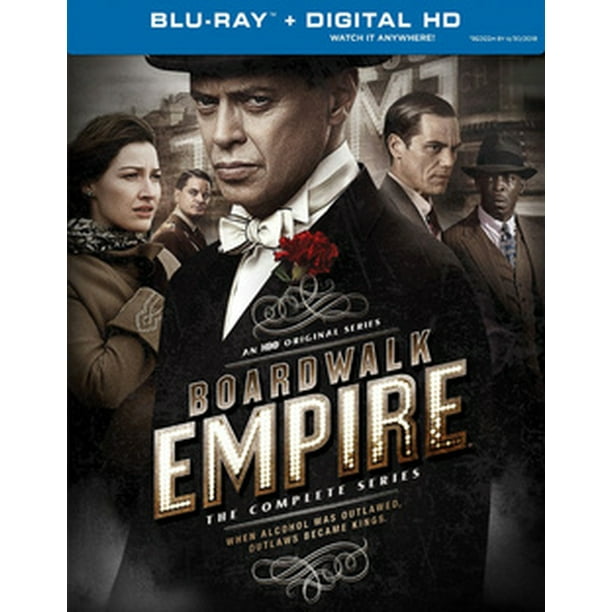 We aim to show you accurate product information. Manufacturers, suppliers and others provide what you see here, and we have not verified it.
Boardwalk Empire is an EmmyÂ®-winning HBO drama series from Academy AwardÂ® nominee/EmmyÂ® Award winner Terence Winter and Academy AwardÂ®-winning director Martin Scorsese. The series chronicles the life and times of Enoch "Nucky" Thompson, Atlantic City's czar at a time when Prohibition proved to be a major catalyst in the rise of organized crime in America.Boardwalk Empire: The Complete Series (Blu-ray)

fantastic!! show just as good as the Sopranos

Impressive visuals, acting, and story line. Overall, I felt Boardwalk Empire was superior to The Sopranos Television event. Over time, I came to feel that the Toney Soprano cast of charactors and storyline was a lets get this over with catastrophe. For example, Tony and his gang of thugs illiteracy and verbal abuse of every person they came in contact with for six long seasons was overdone. Boring! There was gagster talk in Boardwalk Empire, but for the most part I felt engaged throughout the series. If you only have enough money to purchase one of the two series, go for Boardwalk Empire.

love Boardwalk. I hate it did not get picked up for another season. Me and Nuky are catching up!

it's a decent show but the sopranos is a LOT BETTER!

1. It comes with 20 discs.
by CommunityAnswer
Helpful?
1 Answer