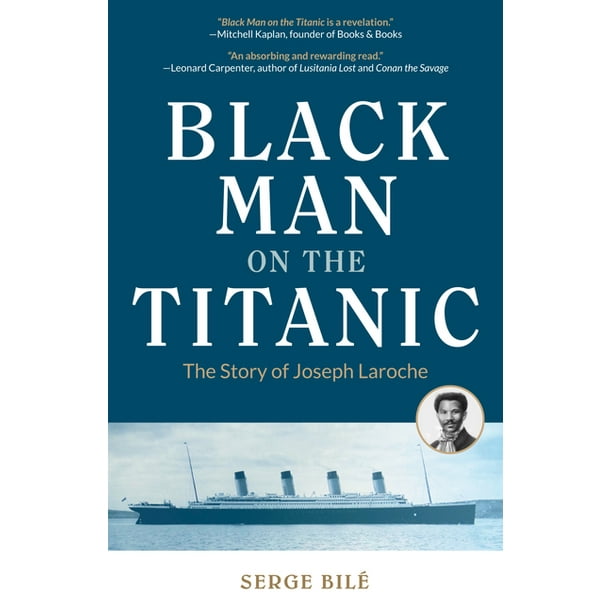 Black Man on the Titanic : The Story of Joseph Laroche (Book on Black History, Gift for Women, African American History, and for Readers of Titanic a Survivor's Story) (Paperback)

We aim to show you accurate product information. Manufacturers, suppliers and others provide what you see here, and we have not verified it.
Who was Joseph Laroche, the only black passenger on board the Titanic? Where was he going? How did he end up on the ship? It's a story never before told. The Only Black Man on the Titanic is definitely not "just another book about the Titanic." While the book covers the tragedy, offering a new approach to a story that still fascinates millions, it also presents surprising aspects of American and Caribbean history. Ivorian-French writer Serge Bilé conducted a thorough investigation both in Haiti, the birth country of Laroche, and in France where Laroche was educated and worked as an engineer. This is the story of the man who contributed to the construction of the Parisian railway before embarking on the Titanic with his wife and two daughters, but also the story of a time period, as the author delves into Black history and the relationships that existed between the United States and Haiti. #1 New Release in Caribbean & West Indies History -- Discover the True Story Behind One of the Black Passengers on the Titanic

An Incredible Tragedy: Joseph Laroche was an anomaly among the passengers of the Titanic. He was exceptionally well-educated in a time when few black men had access to an education―and when even fewer were able to travel on a luxurious ship in first or second class.

Who was Joseph Laroche? Where was he going, and what was his story?

Rediscovered History: This biography recounts the life of Joseph Laroche, his part in the history of Haiti, and how he, as a 24-year-old father of two (soon to be three) children, ended up on the last ship of that era of glamourous travel. He was a direct descendant of the father of Haitian independence and related to two Haitian presidents. As an engineer, Laroche contributed to the construction of the Parisian railway and had a promising future ahead of him.

A Brilliant Biography: Ivorian-French writer Serge Bilé is the author of this fresh perspective on the tragedy that still fascinates millions and has inspired dozens of history books. With thorough research in Haiti and France, Bilé unearths the story of the intriguing figure of Joseph Laroche. This is a story of multi-cultural black history and of the political and natural forces that converged on one man.

Readers who were fascinated by the true stories behind Hidden Figures and The Immortal Life of Henrietta Lacks will love this engaging tale.