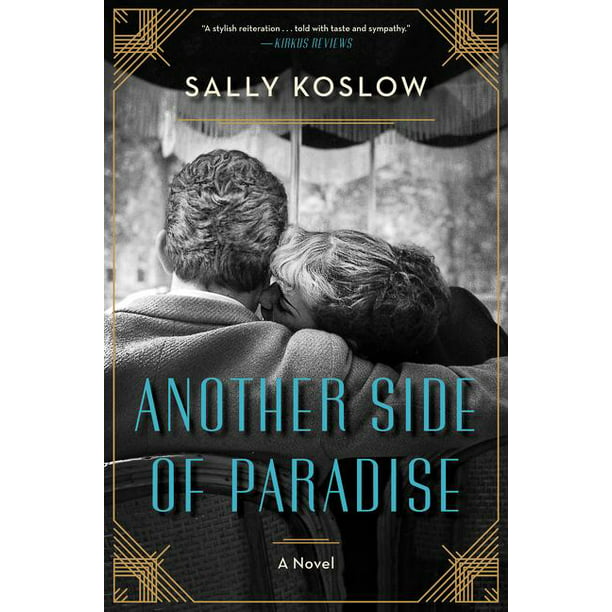 Another Side of Paradise (Hardcover)

In 1937 Hollywood, gossip columnist Sheilah Graham's star is on the rise, while literary wonder boy F. Scott Fitzgerald's career is slowly drowning in booze. But the once-famous author, desperate to make money penning scripts for the silver screen, is charismatic enough to attract the gorgeous Miss Graham, a woman who exposes the secrets of others while carefully guarding her own. Like Fitzgerald's hero Jay Gatsby, Graham has meticulously constructed a life far removed from the poverty of her childhood in London's slums. And like Gatsby, the onetime guttersnipe learned early how to use her charms to become a hardworking success; she is feted and feared by both the movie studios and their luminaries.

A notorious drunk famously married to the doomed Zelda, Fitzgerald fell hard for his "Shielah" (he never learned to spell her name), a shrewd yet softhearted woman--both a fool for love and nobody's fool--who would stay with him and help revive his career until his tragic death three years later. Working from Sheilah's memoirs, interviews, and letters, Sally Koslow revisits their scandalous love affair and Graham's dramatic transformation in London, bringing Graham and Fitzgerald gloriously to life with the color, glitter, magic, and passion of 1930s Hollywood.

My Review of Another ...

My Review of "Another Side of Paradise" by Sally Koslow I loved everything about "Another Side of Paradise" by Sally Koslow.  I appreciate that  Sally Koslow  has done extensive research, and writes so vividly  with great description the colorful cast of characters and various timelines. This novel is fiction based on famous characters. I was captivated and intrigued by this fascinating novel. The author describes her characters as complex and complicated.   A great deal of the timeline in this novel is the "Golden Age of Hollywood", and describes Sheilah Graham, born Lily Shield, as a gossip columnist, and writer.The author portrays  the Hollywood scene, the writers, and  the producers,  in such an engaging and enthralling way. A young Jewish Lily Shield is brought up mostly in an orphanage in England. She marries young, and changes her name to Sheilah Graham. Sheila Graham holds deep secrets that torment her. Sheilah comes to America, where her career takes hold. During this Golden Age of Hollywood, Sheilah  meets  F. Scott Fitzgerald, author of "The Great Gatsby" and "Another Side of Paradise". Fitzgerald is writing screenplays, as his career as an author is declining. Sheilah's is starting to rise in her career. Sheilah and Fitzgerald begin an unusual relationship with highs and lows, and twists and turns. The author gives us an intimate view of their romantic and intense relationship. I felt addicted to this story, and couldn't put the book down. I would highly recommend this novel for those readers that appreciate fiction with a historical background.

Sheilah Graham was a p...

Sheilah Graham was a popular gossip columnist covering Hollywood stars in the late 1930's. She moved to America and assumed a new name to hide her poverty-stricken background. At the same time, F. Scott Fitzgerald was working in California developing movie scripts while struggling to write his next novel. His wife, Zelda, was away at a psychiatric hospital and he was fighting to stay sober. Sheilah and Fitzgerald met at a party an embark on a tumultuous love affair. She understood his shortcomings and insecurities while accepting that he would not divorce his ill wife. He provided her with security and resources to enhance her career. They become a couple and their relationship continued through some tough times and both were forced to disclose some deep secrets. I found this historical fiction novel by Sally Koslow fascinating and did not want the book to end. The book is presented from Sheila's point of view and the dialogue brings you back in time. "Another Side Of Paradise" is about an exciting love affair that develops into a complex relationship between two talented people. This was the first book that I read by the author, and it will not be my last.

I was familiar with F Scott Fitzgerald due to required college reading and was aware of his marriage to Zelda thanks to a book that I read by Lee Smith but had never read anything about Fitzgerald's affair with Sheilah Graham. Thanks to the amount of research that the author did to write this book, both Sheilah and Fitzgerald came alive for me. I loved this book. Sheilah is a famous gossip columnist in the 30s who has totally changed herself from the poor Jewish girl who grew up in a orphanage. As she is digging up secrets on movie stars of the day, she is scrupulously hiding her own secrets. When she meets Scott at a party, she is instantly drawn to him. He had been a popular novelist back int he 20s (The great Gatsby) but alcohol and poor reviews of his later novels have brought him to Hollywood to try to be a script writer. He seems to feel that he is still very popular in literary circles even as he's being turned down by producers in Hollywood. The love affair between Scott (who is still married to Zelda) and Sheilah is both glorious and tumultuous. Their lives with each other made this a fantastic book that I couldn't put down. Thanks to the publisher for a copy

This took a little get...

This took a little getting into, and may have interested me more from the get-go if I knew who Sheilah Graham was.