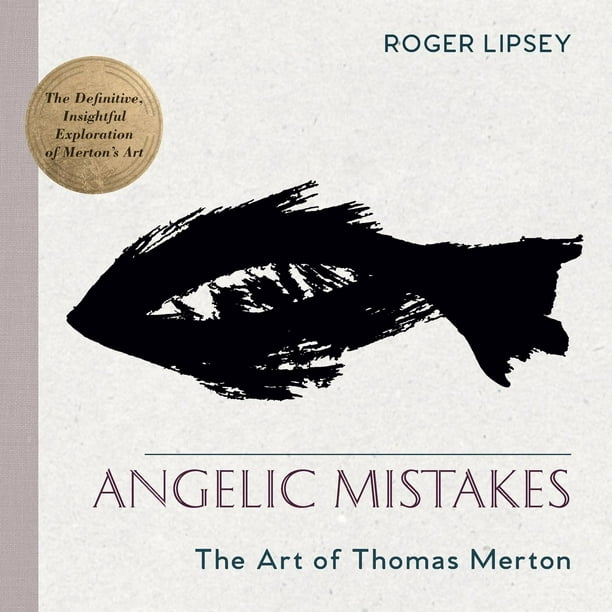 Hermit-monk, spiritual seeker, social activist, mystic, writer, and artist - Thomas Merton was all of these during his life. As the author of numerous mature works of spiritual writing, such as The Seven Storey Mountain and New Seeds of Contemplation, Merton became best known for his intellectual writings and constant quest to understand his relationship to the divine.

During the 1960s, the last decade of his life, Merton created a body of visual art that served as a correlative to his writings. The intimate pieces reflected his personal path, revealing the inner workings of his heart and mind as he continued his search for meaning. For nearly forty years after his death, his artowrk remained largely unknown and little studied. With this book, Merton's art moves out of the shadows to be appreciated for what it is.

Noted author and art historian Dr. Roger Lipsey offers an insightful examination of the varied influences on Merton's artistic work. Asian calligraphy and American abstract expressionism both played key roles, as did Merton's wide circle of friends, including such diverse figures as the Catholic philosopher Jacques Maritain, the poet Czeslaw Milosz, the Zen scholar D. T. Suzuki, and the artist Ad Reinhardt - among many others.

The centerpiece of the book is, of course, the art itself, presented in an attractive portfolio of thirty-four representative pieces, each accompanied by selections from Merton's own writings. Lipsey provides an insightful analysis of the simple yet striking images and their significance on Merton's lifelong spiritual journey.

Roger Lipsey earned a Ph.D. in the history of art at the Institute of Fine Arts, New York University. A direction of the parent company that publishes the journal Parabola, he has written on art and spirituality for many years. He is the author of The Spiritual in Twentieth-Century Art, now in its second edition. He livesi n Garrison, New York.