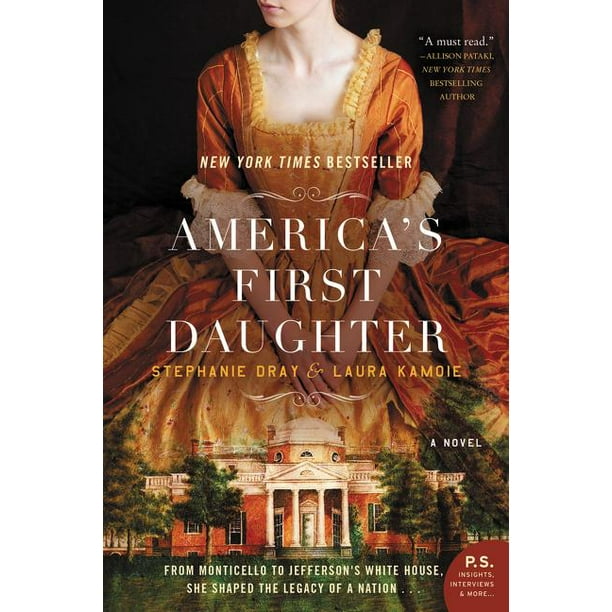 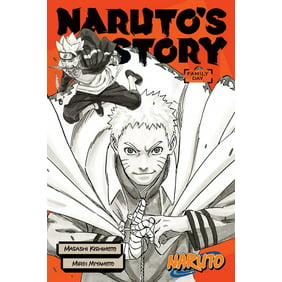 I received this book a...

I received this book as an early review copy from LibraryThing. Nonetheless, it is a book that I might well have picked up on my own to read having visited Monticello a couple of times and liking historical novels. This one did not disappoint, and it gave me a new perspective on the Jefferson family. I went into it knowing next to nothing about Martha (Patsy) Jefferson Randolph. Although a certain amount of the book is by necessity conjecture, the author presented all of it very well and kept this reader's interest throughout. I found it enlightening to learn how hard the "head of the household" had to work in those days even if her house was a plantation home with slaves. During the times when Patsy lived away from home and had no domestic help, it was constant work. And she also bore eleven children as well as raising some grandchildren. She and her father were basically inseparable, and neither coped well without the other. Jefferson's financial woes and the end of Monticello are nicely dealt with in the book. All in all, an enlightening read on a fascinating subject.

Reviewed by khiemstra631khiemstra631
Written by a librarything.com customer.
Helpful?
Average Rating:(5.0)out of 5 stars

'America's First Daughter' by Stephanie Dray and Laura Kamoie is a captivating story about Martha Jefferson Randolph, also known as Patsy, President Thomas Jefferson's eldest daughter. Although the novel is historical fiction, the authors have devoted much effort to researching documents in order to maintain the historical accuracy of the novel. At the end of the novel, the authors present an explanation of their tedious research to portray the story using historically accurate information, and when they deviated from history in order to present a more succinct and forthcoming story. The enigma of President Jefferson's life has always interested me. As a man who wrote the Declaration of Independence in which 'all men are created equal,' he was known to possess slaves throughout his lifetime. In addition, Jefferson maintained a life-long relationship with one of his mulatto slaves, Sally Hemmings with whom he fathered several offspring. His relationship with Sally was never formally acknowledged while he was alive, but recent DNA tests have indicated that Jefferson was indeed the father to her children. I felt that, while the story is presented in fictional format, the authors present an accurate and fair portrayal of the conflicts to which Jefferson faced between his personal and public life. Although he may have been urged by individuals to support the emancipation of slaves, he could never fully allow himself to risk his political position to do so. Although Jefferson believed in emancipation, he felt that it was a process to be achieved in a future generation. Throughout Jefferson's life, his daughter Patsy served as his staunchest supporter as she fulfilled the role of First Lady to the President. The story truly captures Patsy's dedication to her father, as well as her resilience in a tumultuous life as a matriarch to her family through scandals, financial ruin, and tragedy. The authors of this novel portray this brilliant story with well-written and descriptive prose. Although the novel exceeds six hundred pages in length, I am mesmerized by Patsy's calculating wit and her thought processes in establishing her role in a chauvinistic and bigoted society. Being the consummate romantic, I am also intrigued with her enduring relationship with William Short, an abolitionist and friend to Thomas Jefferson. For me, this novel successfully traverses the layers of dichotomy between slavery and emancipation, as well as the expectations of a woman in colonial times.

Reviewed by haymaaihaymaai
Written by a librarything.com customer.
Helpful?
Average Rating:(5.0)out of 5 stars

This book did not disa...

This book did not disappoint. The story is told well, in an interesting way that had me wanting to turn the page. I especially enjoyed getting a ringside seat, so to speak, to the beginnings of our country. I learned much that I didn't know about that period of our history. I did get a little confused at all the Randolphs in the book, but a few quick internet searches helped me out there. To remain true to the characters, there was no other way to write about the various Randolph kin. As any good historical novel will do, it led me to doing more research. I especially enjoyed finding paintings of the people involved in the story and taking a virtual tour of Monticello. This is a book that will stay on my shelf to be read again.

Reviewed by hobbitprincesshobbitprincess
Written by a librarything.com customer.
Helpful?
Average Rating:(5.0)out of 5 stars

The idea behind this s...

The idea behind this story is that Jefferson's daughter Patsy is going through Jefferson's collection of letters after his death. Jefferson was known for being an eloquent writer (having been the primary writer of the Declaration of Independence), and wrote many letters in his lifetime. Jefferson's letters guide us through the life of his daughter Patsy, indeed through history itself, and the resulting story reveals to us Jefferson through the eyes of a devoted daughter. The story opens during the American Revolution, with the Jefferson family on the run and in hiding. Tragedy strikes repeatedly, and Jefferson falls into a depression after the loss of his wife. Being the eldest child, a young Patsy becomes the "woman of the house" at 10 years of age after her mother's death, and it is her job to look after her father and sisters. She takes her duty to her father very seriously, and won't leave his side, eventually accompanying him to France. Patsy is a strong-willed and intelligent young girl who grows to be a well traveled and worldly young woman. She acquires over her youth the social grace to handle herself in politically-charged gatherings, and even smooth things over when her father flubs something. Accompanying them to France is Jefferson's apprentice William Short. He essentially idolizes Jefferson and would do almost anything for him. He is also quite fond of Patsy. They share the same beliefs about slavery and the "wrongness" of it. Also accompanying the family to France is Sally Hemings, the beautiful slave that is rumored to be the half-sister of Jefferson's wife. She is also rather intelligent, even regal, and has a will of her own that she will enforce when she feels it necessary. I think we've all heard the stories about Thomas Jefferson and his slave Sally Hemings. This novel takes the perspective that Hemings and Jefferson may have been in love, or at least had some sort of connection. The story portrays an apparent tenderness and affection between the two, and a long-term relationship resulting in numerous supposed children together. After the first 100 pages, the book held me every moment. I was bored in the beginning by Jefferson and his misery after his wife's death, but once he came out of it and the story picked up, it held my attention and had me craving to know what would happen next. Then I found myself wanting to finish the story, so I could then go on to read up on Jefferson, his daughter and the other characters, to see how much of this story seemed to be true. As Patsy matured and found romantic interests, I found myself concerned that the story may degrade into some tale of flowery romance, but the story in fact maintained its integrity. My final word: The story was slow to start and grab me, but in the end I really, really liked the tale told about Patsy and her life as the daughter of Thomas Jefferson. The authors really brought the characters to life, and made them highly sympathetic. Jefferson is actually a secondary character in this story. It is really all about Patsy-- her strength, her determination, her loyalty and devotion, commitment and constant love. It's an extraordinary tale, with an extraordinary woman and cast of secondary characters, not the least of whom is Thomas Jefferson himself. Jefferson is known for having said "I cannot live without books", and you, my friends, should not live without this one! Get thee to a book store posthaste!

Reviewed by nfmgirl2nfmgirl2
Written by a librarything.com customer.
Helpful?
Average Rating:(5.0)out of 5 stars

I'll be honest, I'm a sucker for historical fiction, especially if it's based on real people, and this novel about Martha "Patsy" Jefferson was set during one of my favorite time periods - the American Revolutionary War Era. I was very much looking forward to reading this. But, it started slow for me. I actually got about 45 pages in, and set it aside to read a couple library books. It didn't immediately grab my attention, and I wasn't really looking forward to picking it up again. But once I got about 75 pages in, it took off, and I was hooked. This book was SO GOOD! This novel covers nearly the entirety of Patsy's life, from her early girlhood in Virginia and Boston, to her years in Paris with her father, where she was educated at a convent school, and the rest of her life as a wife and mother in Virginia. I found myself longing along with Patsy to be with her first love. I hurt with Patsy when misfortune befell her family. I was angry with Patsy when she was mistreated by her husband. I was totally and completely invested in this novel, and found myself reading it every chance I got. It was extremely well-researched and written. If you are a fan of historical fiction, you MUST read this book. Highly recommended!

Reviewed by curvymommycurvymommy
Written by a librarything.com customer.
Helpful?