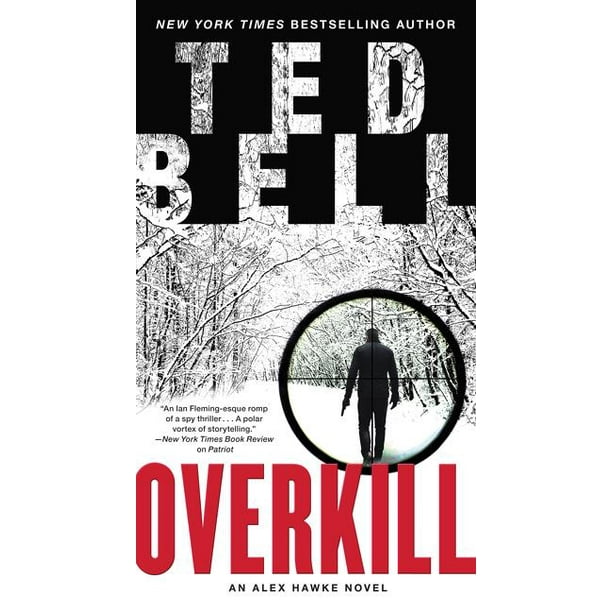 Putting it all on the line to rescue his kidnapped son pits counterspy Alex Hawke against Russian President Vladimir Putin in this action-packed thriller from New York Times bestselling author Ted Bell.

On a ski vacation in the Swiss Alps high above St. Moritz, Alex Hawke and his young son, Alexei, are thrust into danger when the tram carrying them to the top of the mountain bursts into flame, separating the two. Before he can reach Alexei, the boy is snatched from the burning cable car by unknown assailants in a helicopter.

Meanwhile, high above the skies of France, Vladimir Putin is aboard his presidential jet after escaping a bloodless coup in the Kremlin. When two flight attendants collapse and slip into unconsciousness, the Russian leader realizes the danger isn't over. Killing the pilots, he grabs a parachute, steps out of the plane . . . and disappears.

Hawke has led his share of dangerous assignments, but none with stakes this high. To save his son, he summons his trusted colleagues, Chief Inspector of Scotland Yard Ambrose Congreve, former U.S. Navy SEAL Stokley Jones, Jr., and recruits a crack Hostage Rescue Team--a group of elite soldiers of fortune known as "Thunder & Lighting." Before they can devise a rescue plan, Hawke must figure out who took his boy--and why. An operative who has fought antagonists around the globe, Hawke has made many enemies; one in particular may hold the key to finding Alexei before it's too late.

But an unexpected threat complicates their mission. Making his way to "Falcon's Lair," the former Nazi complex created for Hitler, Putin is amassing an impressive armory that he intends to use for his triumphant return to Moscow.

Only one man can smash the Russian president's plan for domination--a master counterspy who will cross every line to save his son . . . and maybe save the world itself in the bargain.

I usually love this se...

I usually love this series and love the characters - especially Hawke and his cronies, but I didn't care for this book. Hawke himself didn't even seem like the Hawke I remembered. His character in this book was wooden, and didn't appear to be real. The book was over=the-top in so many ways - the violence, the villains, the repartee between Hawk and his team (Who talks like that anyway?), and even the war machines and weapons of mass destruction. I was also disappointed with the less than satisfactory ending. The ending was too quick and appeared rushed, and the cliffhanger at the end made the book feel unfinished and slapped together, and I wondered why I spent the time it took to read it, as it really went nowhere. I don't like soap-opera endings with glaring cliffhangers in books. Very disappointed with this one, and I wouldn't recommend it to anyone other than die-hard Alex Hawke fans like me. Hopefully the next one will be better.

Not the best Bell has written. I was very disappoi

Can't believe Ted Bell wrote this book. He must have used a ghost writer. It was not up to Bell's other Alex Hawke novels. Very disappointed.