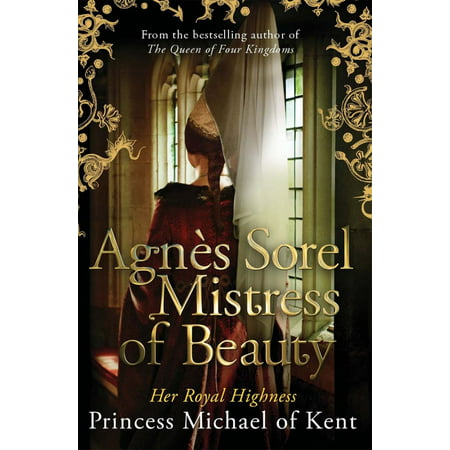 From HRH Princess Michael of Kent, bestselling author of The Queen of Four Kingdoms, comes the extraordinary second volume in the Anjou trilogy.

Yolande, the Queen of Four Kingdoms is dead. Agnès Sorel, beautiful, innocent, twenty years old, had arrived a year earlier with the court of Yolande's son, René D'Anjou, and remained with his mother at her request, knowing how much the King of France, her dissolute son-in-law Charles VII, would need wise guidance.

As a trusted confidant of Yolande, Agnès captivates everyone she meets, and in her role as a demoiselle to René's wife, Isabelle of Lorraine, Agnès finds herself firmly ensconced in the royal court. Soon though, whispers at court regarding Charles's burgeoning feelings for her begin to grow, and despite her best efforts to resist, Agnès is alarmed to discover that she too is in love.

Plagued by guilt but unable to deny her feelings for the King, Agnès is forced to choose between her love for Charles, and her duty to herself . . .

Praise for The Queen of Four Kingdoms:

'Takes the reader to the heart of this glamorous, dangerous world, and holds them spellbound. I loved it.' Julian Fellowes