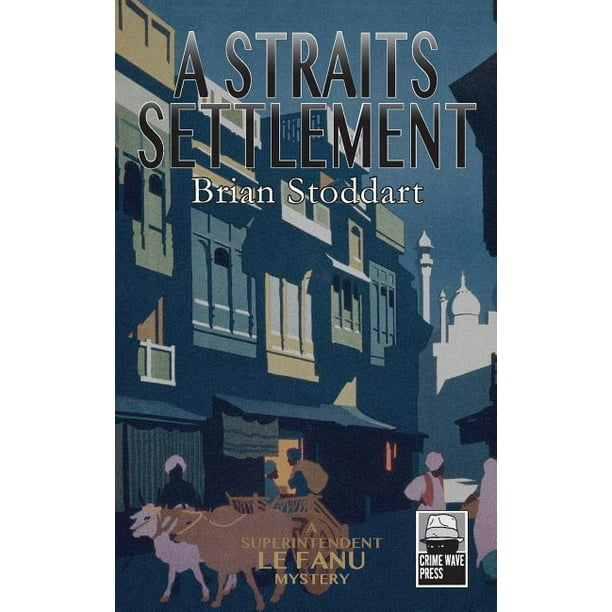 In the third installment of the Le Fanu Mystery series, the intrepid superintendent is promoted to Inspector-General of Police in 1920s Madras, which proves to be more boring than he had envisaged.
Instead of pushing papers across his desk, the Le Fanu focuses on the disappearance of a senior Indian Civil Service officer and an apparently unrelated murder. As the two incidents intertwine, the world weary detective is drawn into the worlds of indentured labor recruitment and antiquities theft..

But as bureaucratic politics make his position vulnerable, his superiors send the intrepid policeman across the Bay of Bengal to pursue the cases in the Straits Settlements. Le Fanu immediately becomes embroiled in the activities of secret societies and the British colonial intelligence services. The appearance of a mysterious Chinese woman renders his professional life uncertain as he wonders anew about the British imperial future.

I think it helped, this being #3 in this series, that I had already read the first two, so that I was familiar with many of the characters that occur in the earlier books. What I particularly like about these stories is the authentic feel to the historical setting, which is, rather vaguely, Madras in the 1920s. The Indian Civil Service is losing its grip because of the independence movement and the protests about Imperialism. Le Fanu has risen to the level of Inspector-General of Police mainly because Major Jepson has taken his sick wife back to England. Le Fanu expects to job to be a lot more interesting than it is, but it does bring status with it. Nevertheless he jumps at the chance to do some real investigation, rather than his usual pen pushing, and the trail eventually leads him to the Straits Settlements of Penang and Singapore, and with that the tantalising offer of a new job. Stoddart has left himself plenty of room for #4