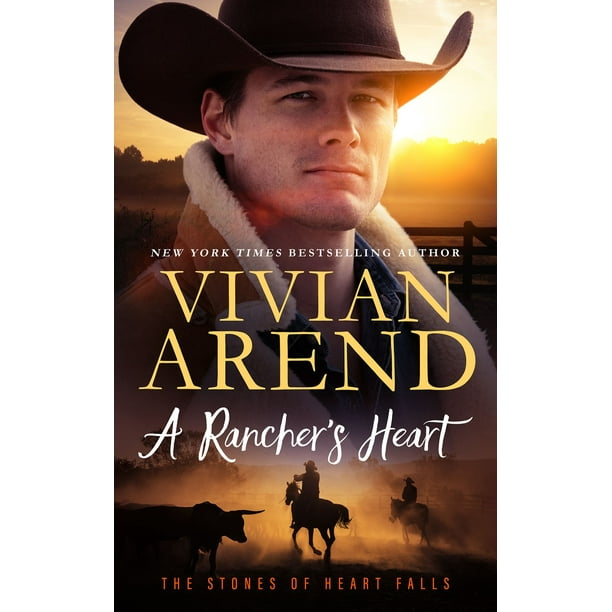 This cowboy has given up on love, but the new nanny might just make him change his mind. The first in a brand-new series from New York Times bestselling author Vivian Arend.

Caleb Stone is wearing too many hats and it’s making him crankier than usual. He’s a cowboy, a father, and the head of his large family—and has been since tragedy claimed his parents over ten years ago. The ranch is struggling, but it's the title of single dad that’s got him tangled up in knots. He needs a full-time, live-in nanny at the Silver Stone homestead in Heart Falls, Alberta, to help with his two little girls, but the woman about to arrive on his doorstep? Tantalizing, tempting, and trouble with capital T’s.

Tamara Coleman doesn’t regret the choices that led to losing her job, but she definitely needs a fresh start. When a friend recommends her for a nanny position in a new town, she swears this time it’ll be different. No more acting on impulse—except sexy, gruff Caleb is exactly the kind of man who pushes all her buttons. And what’s more, it’s so much fun to push his in return. Sparks fly between Tamara and her gorgeous boss, but she can’t risk her position, and he doesn’t dare risk his heart.

With two people fighting their true natures, something’s going to give. Luckily, there’s more than one way to capture a rancher’s heart.