A Life Intercepted : A Novel

Or get it by Tue, Oct 27 with faster delivery 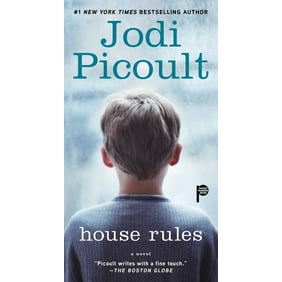 Having served his sentence and never played a down of professional football, Matthew leaves prison with one goal--to find his wife, Audrey, whom no one has seen since the trial. He returns to an unwelcoming reception from his Gardi, Georgia, hometown to learn that Audrey has taken shelter from the media with the nuns at a Catholic school. There she has discovered a young man with the talent to achieve the football career Matthew should have had. All he needs is the right coach. Although helping the boy means Matthew violates the conditions of his release and--if discovered--reincarceration for life, he'll take the chance with hope of winning back Audrey's love.

A LIFE INTERCEPTED CHARLES MARTIN MY RATING ⭐️⭐️⭐️⭐️⭐️ PUBLISHER Center Street / Hachette Audio PUBLISHED September 4, 2015 SUMMARY Matthew "the Rocket" Rising's life was not only intercepted, it was ruined. Twelve years ago, Matthew had it all, love, friends, and notoriety for being the winningest quarterback in college football. He was the number one NFL draft pick, and had made lots of people happy. Almost everyone loved him. Almost everyone. But on the night of the draft his glory days came to an abrupt end. He was accused of a heinous sex crime and the evidence was irrefutable. Having served his time, he is now being released from Wiregrass Prison, in southwestern Georgia. With no one at the prison gates to meet him, Matthew hitchhikes directly back to Gardi, Georgia, his hometown. He has one objective in mind, to find his wife and win back her love. His return to Gardi was met with open hostility and hatred from his beloved community. No one including his wife Audrey wanted him there. Audrey, who also lost everything twelve years ago, has taken refuge from the press and the community, at the local Catholic school. There she discovered a young orphan, Dillion Rogers. Audrey mentors Dillion to the best of her ability. As Dillion grows to be a talented young man she realizes he potentially has the talent to achieve the football career that Matthew never had. But she knows he will needs a good coach. And then Matthew shows up. But helping Dillon means violating Matthews parole. Should Matthew take that risk? What if it is the only way to win back Audrey's love? REVIEW A heart wrenching story of the implosion of a life, the loss of a love, the fight for redemption and undeserved forgiveness. This book will have you thinking about it long after you close the back cover. Matthew Rising has been through quite an ordeal. But his values, his hopes, and his love unbelievably remain intact. That's the amazing part of this story. That's what makes this book so good. He doesn't wallow in the hate or the judgement that surrounds him. "THEIR LOVE DID WHAT HATRED COULD NOT, AND NEVER WILL" - Dillion Rogers A Life Intercepted is a spellbinding story about a man's character that is demonstrated though both Matthew's actions and his thoughts. He is humble and always gives credit to his team. He shares in all the glory, but when his life comes crashing down, it is utterly amazing how no one in the community stands by him. The book's ultimate appeal is in its story of forgiveness. Charles Martin certainly has a way with words. He masterfully weaves this story that comes from his heart. Martin also had a football career, and then one day it was over. He also has a son with a promising football future. This book, while not Martin's story, is rooted in his experiences, his decisions and his heart. When his football career was over in 1989, he came to Florida State University in Tallahassee Florida, (my hometown and my alma mater) and gave up his idol and began his writing career in earnest. By the grace of God, he has touch the lives of million by all the powerful stories he has written ever since. This book is just one of many. And his readers are forever grateful. The inspiration for this book, included in the author's note at the book's conclusion is a must read!

Reviewed by LisaSHarveyLisaSHarvey
Written by a librarything.com customer.
Helpful?
Average Rating:(4.0)out of 5 stars

This was an enjoyable ...

This was an enjoyable read. It is a subtle mystery wrapped around a lesson in forgiveness, trust, and love. I have enjoyed several of Charles Martin's books and this one did not disappoint. I would recommend this for football fans and for anyone who just loves a "feel good" story. I was provided a review copy of this book by Netgalley

Reviewed by belvawbelvaw
Written by a librarything.com customer.
Helpful?
Average Rating:(4.0)out of 5 stars

This author delivered another enjoyable read. The book made me think about life, but it presented both sides. I did not like the character of Ginger from the very beginning, but I learned to understand what drove her to have a negative outlook on life. I did enjoy the ending because it was a positive. The characters were well developed and balanced. I enjoyed this read.

Reviewed by BrendaKlaassenBrendaKlaassen
Written by a librarything.com customer.
Helpful?
Average Rating:(3.0)out of 5 stars

I got this ARC through...

I got this ARC through Net Galley.

Reviewed by cubsfan3410cubsfan3410
Written by a librarything.com customer.
Helpful?
Average Rating:(2.0)out of 5 stars

The story was interest...

Reviewed by shazjhbshazjhb
Written by a librarything.com customer.
Helpful?