A Lady of Resources (Other) 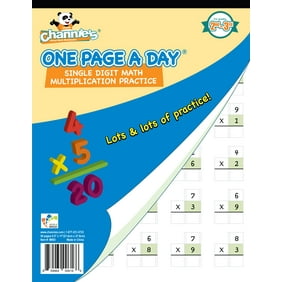 We aim to show you accurate product information. Manufacturers, suppliers and others provide what you see here, and we have not verified it.
Book 5 in the Magnificent Devices series! You can choose your friends, but you cannot choose your family ... or can you? Now sixteen, the twins Lizzie and Maggie are educated young ladies who have not been called "the Mopsies" in years ... except by their guardian, Lady Claire Trevelyan. With the happy prospect of choosing their own future, the girls can leave their dodgy past behind, and Lizzie can bury her deepest childhood memories where they can do no harm. Upon her graduation from school, Lizzie is awarded an enormous honor-but can she pay the price? Is she ready to be separated from Maggie and become the woman she believes she was meant to be-or will old habits tempt her into defiance and plunge her into disaster? On a dare, Lizzie picks the wrong man's pocket and nearly loses her life. But these frightening events bear unexpected fruit: The dream Lizzie holds closest to her heart comes true in a most unexpected way. But this dream, too, comes with a price. Lizzie must decide whether her true family is the one she was born to ... or the one she chose that long-ago day when the Lady of Devices steamed into their lives ...A Lady of Resources (Other)

A Lady of Resources co...

A Lady of Resources continues Shelley Adina's wonderful steampunk series Magnificent Devices. The young Mopsies, Lizzie and Maggie, play a large role in the previous four books, going from scavenging on the street, picking pockets and living in a gang of thieves to becoming part of Claire Trevelyan's ragtag family of orphaned misfits in Victorian England. Under Claire's care, the Mopsies learn what it means to be part of a "Flock" and to know true love and loyalty. In this, the fifth book of the series, the girls are now sixteen years of age and finishing up their schooling in Germany when Lizzie learns that she may not be an orphan at all, but has a father and half brother and even a set of grandparents. Desperate for the story of her own past, as well as enjoying the attention being lavished on her by her new and wealthy family, Lizzie is torn between her old world and her new one. Wanting desperately to fit in, she is determined to attend a Ladies Finishing school in France in order to learn all the rules and manners of the upper class so she doesn't embarass herself and will be accepted as one of them. She thinks that perhaps the life of married lady is one she might enjoy, much to Claire's surprise and disappointment, as she feels Lizzie should take her education further because she has such incredible potential, but Claire also understands Lizzie's desire for a family of her own and acknowledges that many powerful and influential women like Lady Dunsmuir, are wives and mothers and that they too have an important role to play. Yet when Lizzie begins to see some things that don't add up, and finds herself in a dangerous and desperate situation, she realizes that family is sometimes more than just the blood that runs in your veins, and that loyalty and trust and love are what really matters, and she calls on her "flock" for help! Another wonderful read in which we learn much more about the Mopsies origins and how they came to be on the streets of London alone at such a young age. Highly recommended, as are all the books in this series.

Reviewed by LongDogMomLongDogMom
Written by a librarything.com customer.
Helpful?
Average Rating:(5.0)out of 5 stars

The fifth in the Magni...

The fifth in the Magnificent Devices series focuses on Lizzie de Maupassant, one of the sisters formerly known as The Mopsies. Lizzie and her sister Maggie were found wandering the streets of London at the age of five and taken in by a street gang where they learned to pick pockets and engage in other acts of crime/survival. In Lady of Devices, Lady Claire Trevelyan teamed up with the gang to form a new "flock" as she put it. Claire became Lizzie and Maggie's guardian and de facto big sister. Now 16, Lizzie has finished her studies at the Lycee des Jeune Filles in Munich. She has learned to behave like a lady, but the guttersnipe in her surfaces from time to time, as when, at a party, she picks the pocket of a gentleman on a dare, and finds more than she bargained for. In this book, Lizzie meets her real father and finds out what happened to her and Maggie eleven years ago. In the process of uncovering the truth, she must use all the resources at her disposal to survive.Adventurous, funny and delightful story. Love the characters. Great opening line: "Of all the infernal instruments man ever made, the corset is the worst."

Reviewed by flightsafancyflightsafancy
Written by a librarything.com customer.
Helpful?
Average Rating:(3.0)out of 5 stars

Lady Claire was a naiv...

Lady Claire was a naive young debutante when her family lost all money and reputation and she was left on the street with nothing but a high school level understanding of chemistry and an unbreakable will. She rapidly lept up the ranks of London's criminal underbelly, until she controlled it using a lightning gun, homemade bombs, and her very own airship. Claire, known to the underworld as "the Lady of Devices," was not content with this, and eventually invented artificial intelligence and achieved her highest ambition: to be named one of the Society of Engineers. This book follows Lizzie, last seen as a frightening young child member of Claire's gang. Claire provided Lizzie with years of schooling and love, and now Lizzie is ready to make decisions about what kind of adult she will be. Unfortunately, she's rather taken with the idea of being a Society lady...I worried about Lizzie's priorities and shook my head at her choices, but they are perfectly believable for her, and in the end it all escalates into assassination attempts foiled by antigravity corsets, so I was left quite happy. This series is a huge amount of fun, and I love that the main characters are ladies but also scientific, imaginative, empathetic, honorable, and above all, brave.