Your Guide to Smartphone Virtual Reality

One of the most remarkable aspects of the rise of virtual reality is how quickly it’s gone mobile. The first portable gaming systems came decades after the first video games, but portable VR headsets released out within months of their earliest PC-based counterparts. That’s largely due to the fact that smartphones already have so much of hardware needed for VR built right in. We’ve all got computers with high-quality screens, powerful processors and sensors for detecting motion right in our pockets. Sure, smartphone virtual reality is all about using our devices’ tech in ways the original designers never intended, but that doesn’t mean it can’t deliver amazing, immersive experiences all the same.

How does smartphone virtual reality work?

Virtual reality headsets all rely on the same simple principles. First, there’s the headset itself, designed to fit over your eyes. Inside, there’s a pair of lenses, and behind that, a screen. By displaying slightly different images for each of your eyes, the headset can trick your brain into thinking you’re seeing an image three-dimensions. Throw in sensors that can tell when you turn your head and change the image accordingly, and you can actually look around that virtual world as though you were actually there.

Smartphone virtual reality works much the same, but it simplifies things by using your phone for the screen and the sensors. All you need is a headset and a compatible phone, and software can take care of the rest. It really is that simple. Just boot up the right app, place your phone inside the headset and put it on your head, and you’re off.

What are the pros and cons of smartphone virtual reality?

Smartphone virtual reality is all about tradeoffs. Some of its biggest advantages are unmatched by other types of VR platforms, and probably will be for the foreseeable future. Nothing comes close in terms of affordability or portability. But the very same aspects of smartphone VR that make those strengths possible also serve as a limitation. A phone will never be able to compete with high-end hardware when it comes to depth and quality. For some, smartphone virtual reality will be more than good enough. For others, however, it may just be the first step on the road to more ambitious VR hardware.

What are the options for smartphone VR available today?

At the moment, there are three main options for smartphone virtual reality. Samsung was the first manufacturer to make a big impact in phone-based VR, and it remains one of the biggest players. Its Gear VR headset is now in its second generation, and it offers control with both a touchpad on the side of the headset and a handheld controller. Samsung designed and built Gear VR in partnership with Oculus, one of the leaders in PC-based VR. The headset has garnered a great deal of support from developers as a result, and there are loads of great games and multimedia apps available. One caveat? The Gear VR only works with a small selection of Samsung phones.

Next up is Google Daydream View, a headset designed and built by Google. It’s lighter and cheaper than the Gear VR, and supports its own handheld controller. While it’s a relative newcomer to the world of smartphone virtual reality, Daydream View has the advantage of being backed by Google. That means it’s already managed to nab some impressive games and apps of its own. Plus, Google is more open with the platform than Samsung, meaning Daydream View supports a wider selection of Android phones from a number of manufacturers. Google plans to expand the number of supported devices in the future, as well. 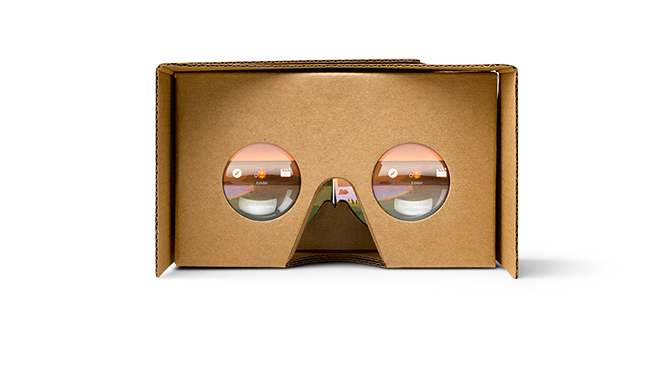 The third option is Google Cardboard, which is more like a proof of concept than a fully featured VR platform. There’s no singular Cardboard headset, but instead a set of guidelines created by Google that allow manufacturers to build their own versions. Because the specification only includes a single button, Cardboard apps don’t usually offer much interactivity. Cardboard-based apps are far more likely to use the headset to watch 3D videos as a result. Still, a wide variety of apps offer Cardboard support, and it’s currently the only solution that works with Apple’s iPhones in addition to Android devices.

Beyond these three main options, you’ll find a number of manufacturers who offer their own take on smartphone VR headsets. Many are compatible with Cardboard apps, as well as apps built specifically for these headsets. But be careful. If a device only supports VR apps built for its own platform, you may find yourself with a headset that doesn’t work with many apps at all. For the time being, it’s safest to stick with a headset tied into one of the three major smartphone VR platforms. 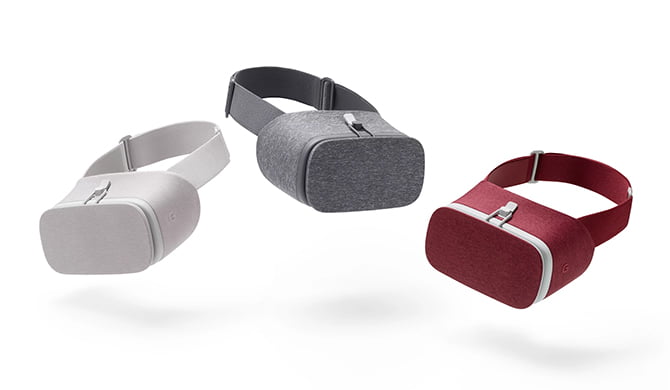 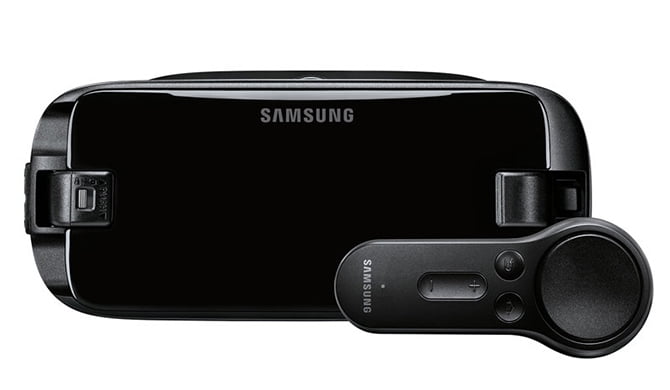 How much does a smartphone virtual reality setup cost?

The biggest cost involved with a smartphone virtual reality setup is the phone itself. Assuming you already have a compatible device, the Daydream View retails for the suggested price of $79.99. The latest model of Samsung Gear VR comes in slightly higher, with a recommended retail price of $129.99. Both of those prices include a bundled controller.

Prices for headsets supporting the Google Cardboard platform vary considerably based on the materials used and the quality of the device. Google sells an official version made out of actual cardboard for just $15 (or $25 for a two-pack), though sturdier options can cost considerably more. The Merge 360 headset, for instance, which supports both Cardboard apps and those built directly for the platform, costs $59.99.

What are some of the biggest smartphone virtual reality games available to play?

Virtual Rabbids: The Big Plan is a Google Daydream exclusive starring Ubisoft’s zany cartoon rabbits. The game feels equal parts wacky and experimental, placing you in a sandbox where you can play around the Rabbids and a host of silly interactive objects. While you shouldn’t expect any deep or challenging gameplay, Virtual Rabbids helps highlight the another strength of VR: humor. When you’re in a virtual world, after all, you can engage in all sorts of ridiculous, slapstick shenanigans without having to worry about the consequences.

Minecraft Gear VR takes the biggest gaming phenomenon of the last decade and lets you play it on the go in full virtual reality. This isn’t some shrunken down version of Minecraft, either. The Gear VR version supports all of the features available in Minecraft: Pocket Edition, including skins, multiplayer, and both Creative and Survival mode. Neither Google Daydream nor Cardboard have any equivalent version, either, making it a true exclusive. 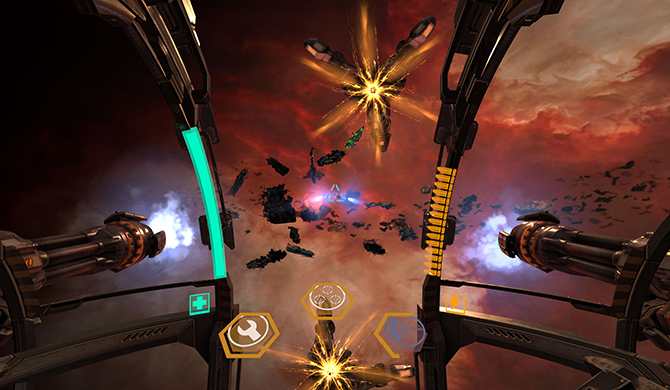 Gunjack is a space-battle shooter set in the world of the popular massively multiplayer game EVE: Online. It was one of the early smartphone virtual reality games, and it’s still regarded as one of the best. The game is exclusive to Gear VR, but it also has an equally great sequel, Gunjack 2: End of Shift, that’s exclusive to Google Daydream. Odd as it may seem, each major smartphone VR platform currently has one — and only one — Gunjack game.

Keep Talking and Nobody Explodes is another imaginative VR experience that doesn’t skimp on the laughs. Designed to played by two people cooperatively, the game draws heavy inspiration from the bomb defusing scenes found in countless action movies. One player wears the headset and interacts with bomb, while the other must use a manual (either printed out or viewed online) to walk them through the very complicated process. The result is often frantic and hysterical. Best of all, Keep Talking and Nobody Explodes is available for both Gear VR and Google Daydream.

Experience mobile VR for yourself, shop all devices here.