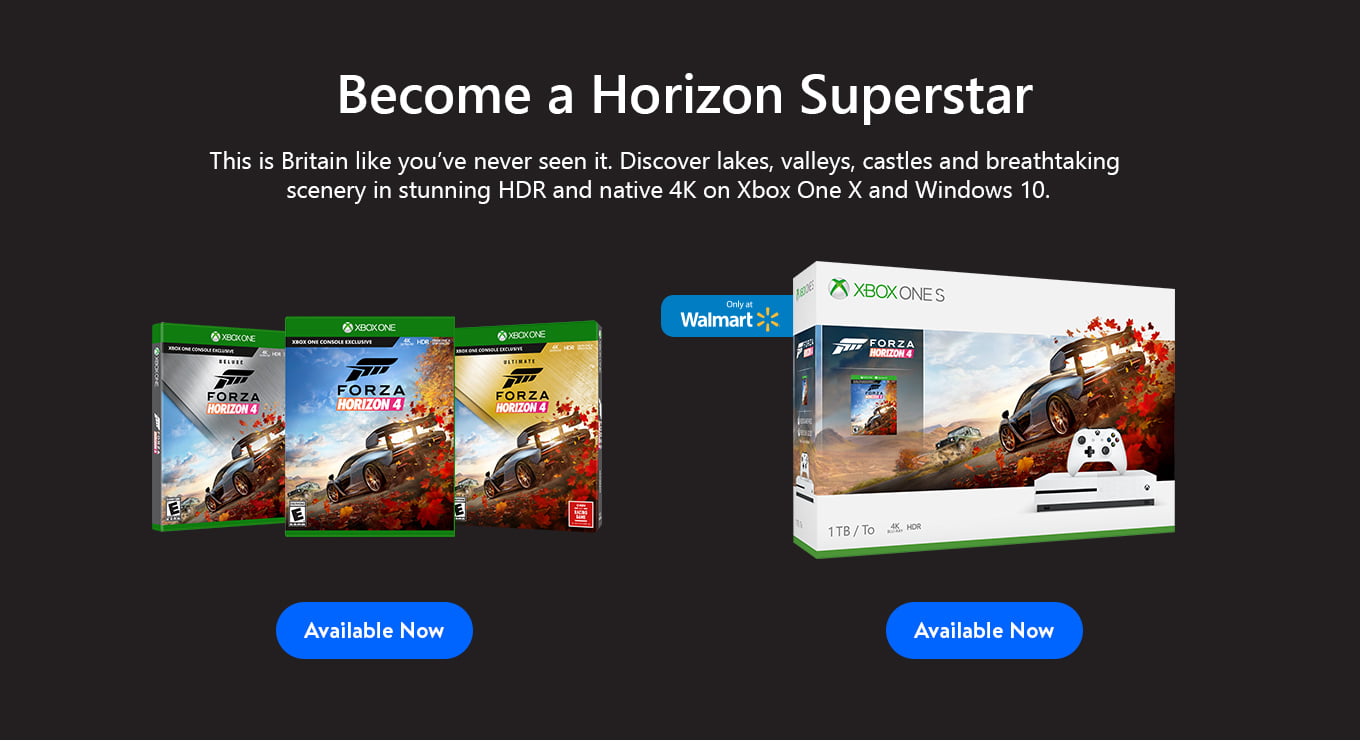 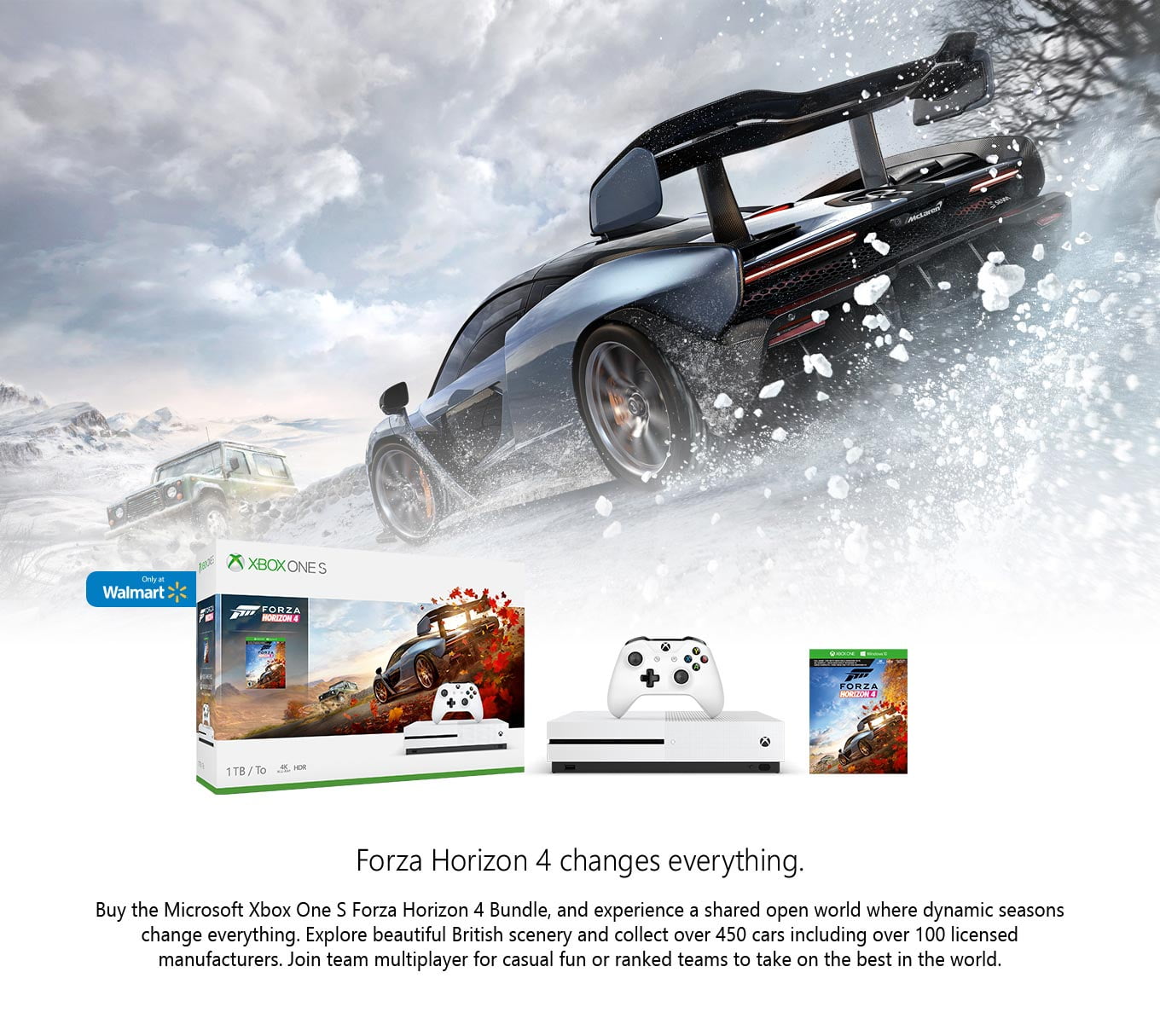 Whether you're a casual racing enthusiast or a petrolhead who lives and breathes car culture, you'll appreciate what the Forza franchise has to offer. Forza is divided into two series: the Forza Motorsport games focus mainly on professional track racing events, while the Forza Horizon series features an open world modeled after real locations like Colorado, Southern France and Australia. At Walmart.com, you'll find an assortment of Forza games on popular platforms like Xbox One and Microsoft Windows.

Forza Horizon 4 introduces a beautiful new environment to the franchise. Set in a fictionalized version of historic Great Britain, Forza Horizon 4 showcases a shared open world with lakes, valleys, castles and breathtaking scenery, all rendered in HDR and native 4K on Xbox One X and Windows 10. For the first time in the series, Forza Horizon 4 has dynamic seasons that provide far more than just a pretty backdrop. Lakes can freeze over during winter, allowing you to reach areas that are inaccessible during the rest of the year. The seasons are fixed across the game's servers so players will experience the same season at the same time.

Ready to dive right in? Pick up the Microsoft Xbox One S Forza Horizon 4 bundle exclusively from Walmart.com. It includes a white Xbox One S with 1TB of storage space, a wireless controller, a full-game download of Forza Horizon 4, a one-month Xbox Game Pass trial with access to over one hundred games and a 14-day Xbox Live Gold trial.