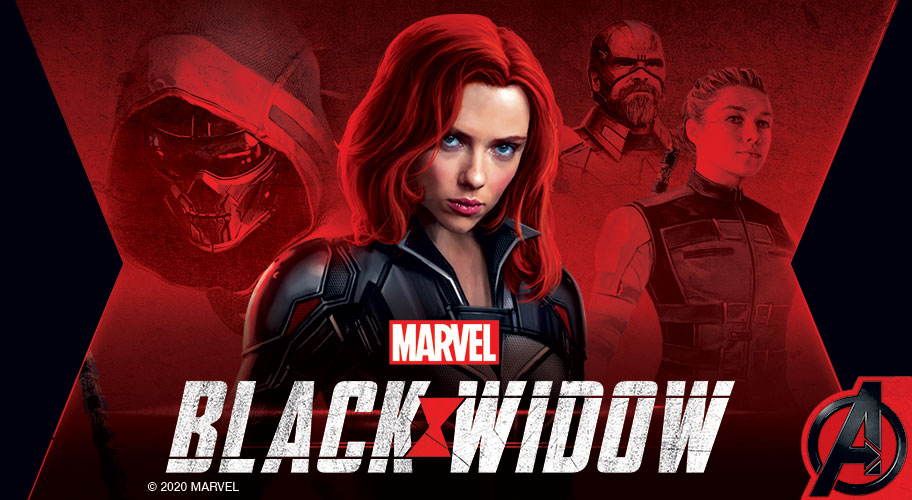 Marvel's Black Widow
A deadly assassin is closing in on Natasha Romanoff; aka Black Widow. Now Natasha must reunite with an unlikely group of spies from her past in order to survive & stop a lethal force from being unleashed on the world.
​A Buying Guide to Everything Avengers
Earth's mightiest heroes, the Avengers have been around in comic form since 1963 when the first issue of their comic book was produced by what is now Marvel Comics. Their popularity hit new heights when a series of movies came out in the early 21st century. Now, items featuring the members of the Avengers are arguably some of the most sought-after by fans, aficionados and collectors alike. If you are just getting into the Avengers yourself or are looking to buy some Avengers-themed gifts for a loved one or friend, here are some things to consider when purchasing them.

Start With the Movies
Because this is where the recent popularity began, the movies are a good place to start for gift giving or starting a collection. If giving them as gifts, first find out whether the discs should be DVDs or Blu-rays (although many offer both in the same collection). Then, find out what movies the person already has so there is no chance of duplication. Don't forget to consider older movies if you or the person you are buying them for only have the recent Avenger movies. For example, there are two Incredible Hulk movies that came out years before "Marvel's The Avengers" came out. Movies are not only limited to live-action flicks, either. There are several animated full-length movies featuring the Avengers. Some Avengers-related TV shows have aired in recent years, and complete seasons of the shows are also available.

Creating New Adventures With Toys
As fun as watching the movies and TV shows are, so is creating adventures on your own. One of the best ways to do this is with action figures. All members of the Avengers have their own action figures, and most have several different ones. These action figures range in size from 2 inches tall to 12 inches tall, although the figures on the smaller end of the scale are not suitable for children age 3 and younger due to potential choking issues. Some action figures come on their own stands and are ideal for showcasing on a shelf or in a display case, but mostly they are terrific for just playing with. Many figures have limbs and heads that move, and some have interchangeable parts, weapons and accessories (including vehicles), which is another consideration when giving them to small children.

But toys are not just limited to action figures. There are also full-size toys that kids can play with, such as Captain America's shield, Thor's hammer or the Hulk's hands. When purchasing multiple Avengers items, it is a good idea to keep different types, such as those with movie tie-ins, together. For example, if buying one figure that is part of the Avengers: Age of Ultron series, make sure all of them are from that same era so there is no crossover or duplication.

Fill a Closet With Avengers-Themed Clothes
T-shirts and graphic tees are an easy way someone can show how much they like the Avengers. Shirts can have a single superhero from the team on them, or the entire squad. These shirts are high quality and colorful, and make for easy conversation starters. When washing, graphic tees should be turned inside out, washed on a gentle cycle and either air-dried or tumble-dried on low to keep the graphics sharp. Other clothing items that are ideal for Avengers fans include pajamas, robes, sweatshirts, caps and underwear. It is also easy to accessorize with Avenger items. There are accessories like sunglasses, watches and backpacks that feature the Avengers logos and characters.

Discover Other Avengers Adventures
In addition to the comic books, there is plenty of reading material available featuring the Avengers. There are several books that serve as companion pieces to the movies, but there are also stand-alone adventures that you can read that feature individual members of the Avengers or the entire team. Most of these are suitable for middle school/junior high readers, but there are some that are aimed at grade-school level readers as well.

Decorate Using the Avengers As a Theme
If you or someone you know loves the Avengers, then you can create an Avengers space that is one of a kind. There are several pillows, sheet sets, bedspreads, comforters and microfleece throws that can create the ideal Avengers-themed bed. Parties and gatherings can take on an Avengers theme with cups, plates and table covers with Avengers images on them. Taking a bath or shower or lying on the beach can include the Avengers as well with different towel sets and beach towels. Make boring wall spaces exciting with framed 3-D wall art and peel-and-stick wall decals. Any room in the house can look like it is part of the Avengers Mansion with Avengers-themed items.
Electrode, App-category-app, Comp-709610993, DC-prod-dfw02, ENV-prod-a, PROF-PROD, VER-9.26.0, SHA-a58e1e141e6063534ae08fec6441867e3fb68e88, CID-