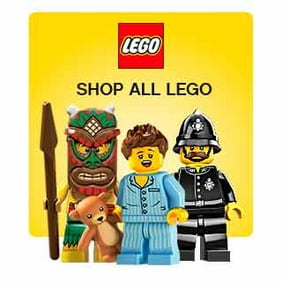 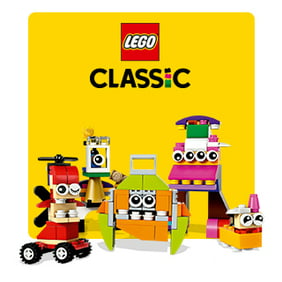 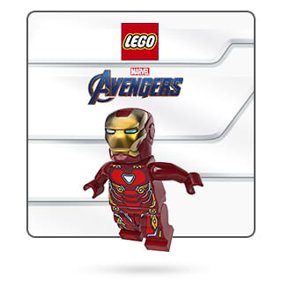 Often, LEGO sets are one of the first toys a child plays with when growing up. This brand with its unique building plastic blocks allows children's imaginations to run wild with the creations that they can construct. LEGO sets seem to be everywhere nowadays with video games, movies, board games and even branded amusement parks. Although there are basic sets you can buy for your children, there are special themed playsets that your child will garner hours upon hours of imaginative fun from. With our Every Day Low Prices, we are the best place for when the time comes to but a new LEGO set for your child or someone you know.

All the most popular superheroes are represented in the LEGO Super Heroes world. This includes Batman, Superman, Spider-Man, Captain America, Catwoman and the Black Panther. Each of these characters and many others have at least one playset devoted to them and some have several. Your child can create a virtual world by building and setting up different playsets next to each other. Many of the Super Heroes playsets have a villain or two for each hero to face, and your child can let his or her imagination run free by mixing and matching villains and superheroes even DC Comics characters against Marvel Comics characters. Some of the noteworthy villains included in the playsets include the Joker, the Penguin, Ultron, the Red Skull and Magneto.

These playsets represent some of the iconic locations and items in the superhero world. Some of these include Batman's Batcave and Batmobile, the Avengers' Tower, Superman's hometown of Smallville and the Daily Bugle newspaper building. Fans of the 1966-68 "Batman" TV show can even purchase a recreation of the Batcave and Wayne Manor that appeared on that show, plus many minifigures of the show's characters based on how they looked in that show. This includes Batman and Robin, plus their alter-egos of Bruce Wayne and Dick Grayson, their butler Alfred and the four main villains from the show: Joker, Riddler, Penguin and Catwoman.

One of the LEGO playset collections are the LEGO Star Wars sets. These playsets feature scenes and action from all the "Star Wars" from the 1970s to the latest release. Your children can build sets featuring iconic locations like Hoth, the Death Star, Naboo and Geonosis. Many of the most memorable vehicles featured in the film are available as LEGO playsets, such as recreations of the Millennium Falcon, Jedi Starfighter, X-Wing Starfighters and Jabba the Hutt's Sail Barge. Minifigures representing all the key "Star Wars" combatants are included with some of the sets like Darth Vader, Chewbacca, R2-D2, Luke Skywalker and Kylo Ren. Some key characters, like Darth Vader, are made into playsets themselves for your children to build.

Although movies and TV shows play an important role in the LEGO universe, not all playsets feature characters made popular on the big and small screens.